This is the Commodities, Scrap Metal, Recycling and Economic Report by our BENLEE roll off trailers and gondola trailers/open top trailers, October 3rd, 2022. 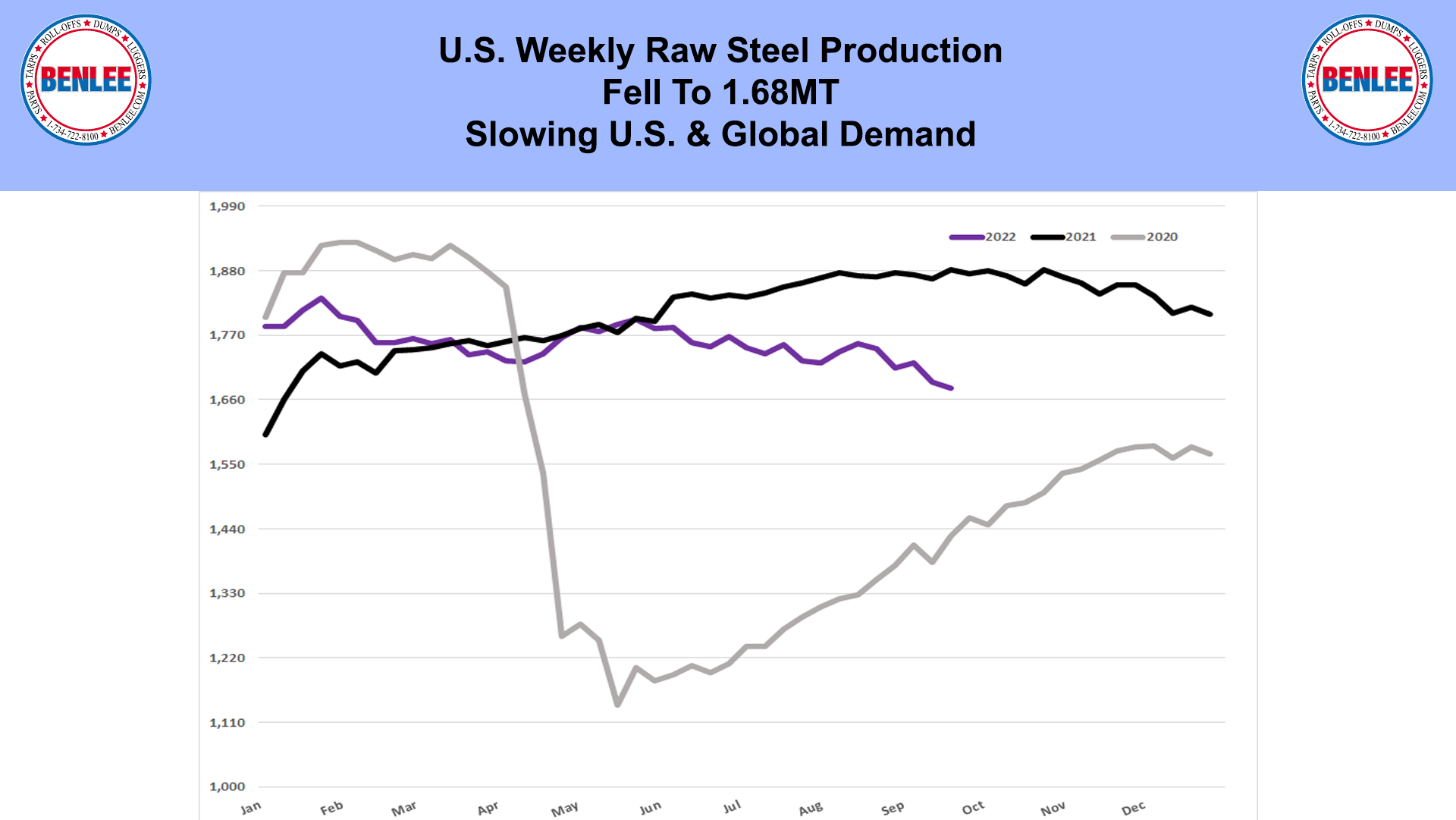 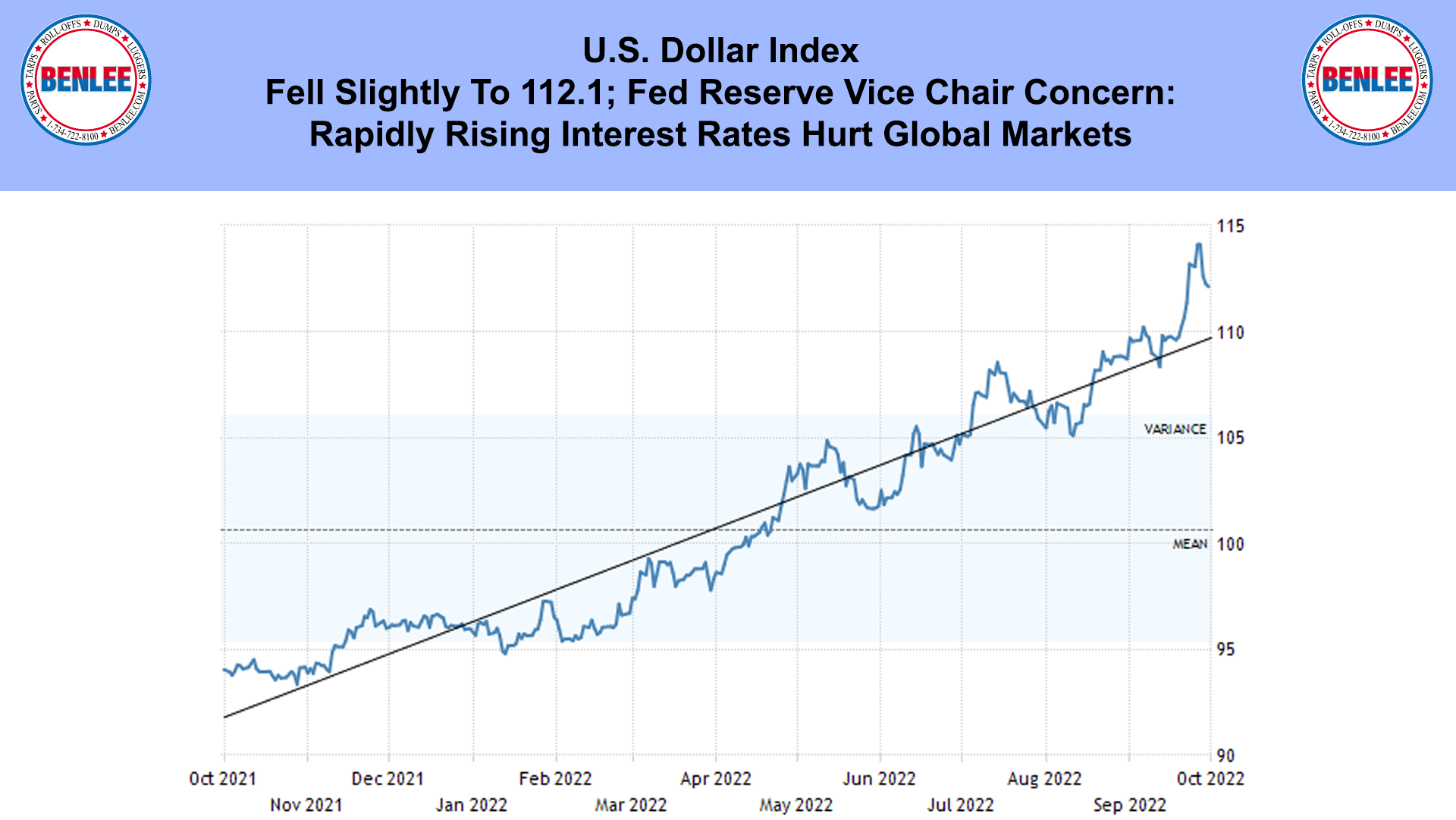 The U.S. Dollar index. The U.S. dollar vs. other global currencies. When the U.S. dollar index rises, commodity prices in dollars usually falls. It fell slightly to 112.1 as the Federal Reserve vice chairman said he was concerned that rapidly rising interest rates are hurting global markets. 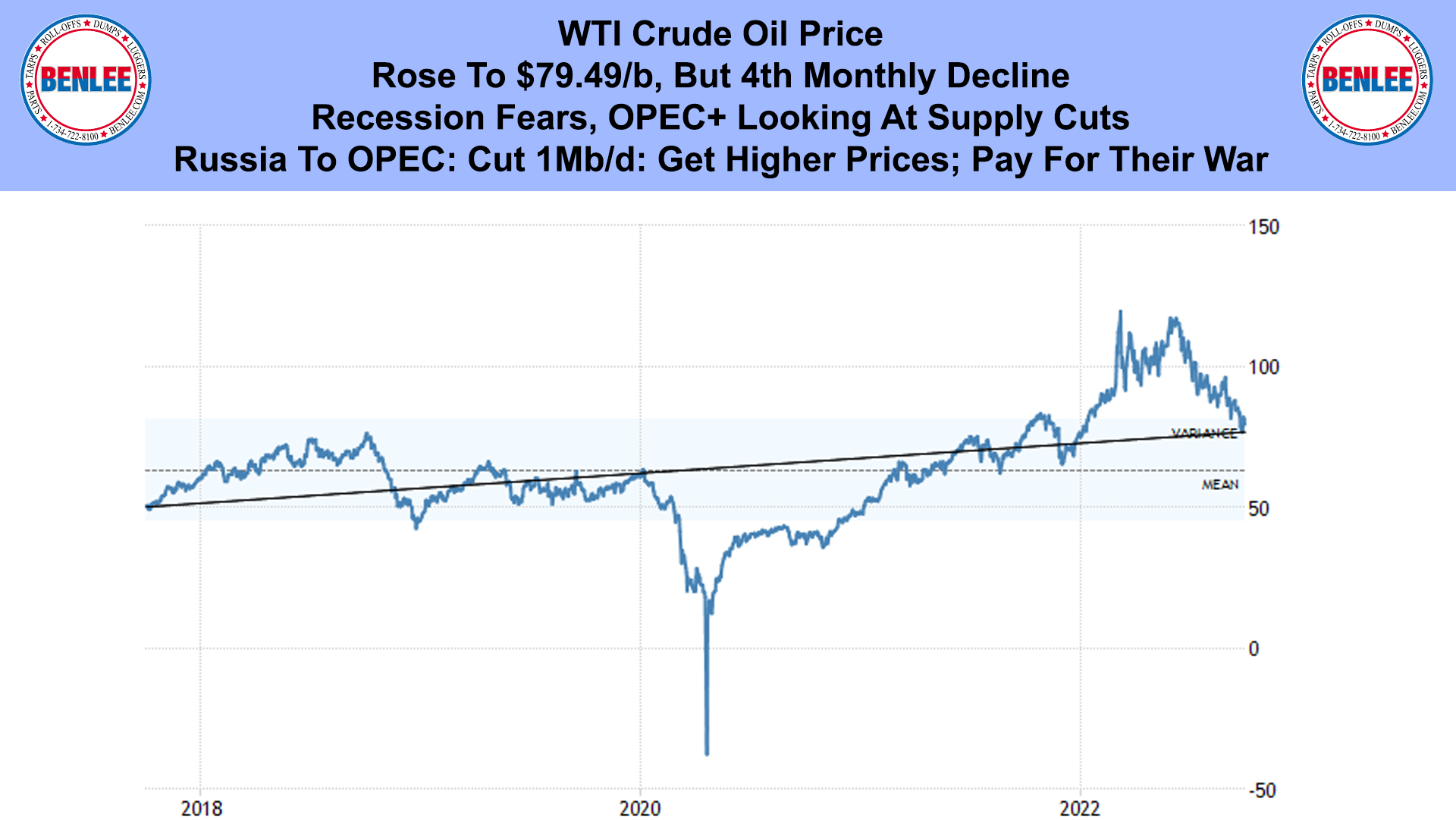 WTI crude oil price rose to $79.49/b, but it was the fourth monthly decline. This was on recession fears and on OPEC looking at supply cuts. Russia asked OPEC to cut production 1Mb/d to get higher prices to help pay for Russia’s war. 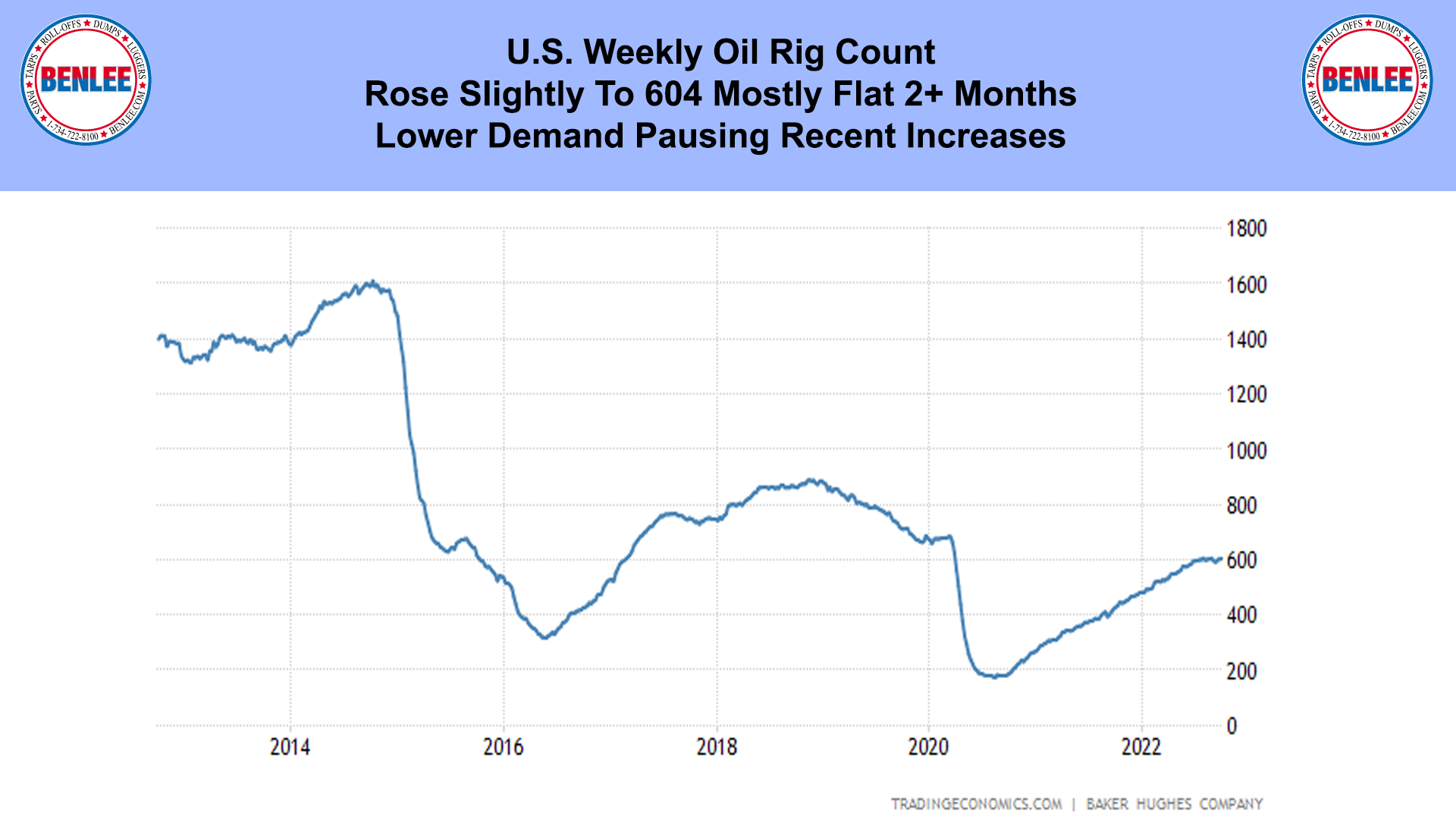 The U.S. weekly oil rig count rose slightly to 604, which has been mostly flat for 2+ month. Lower demand is pausing the recent increases. 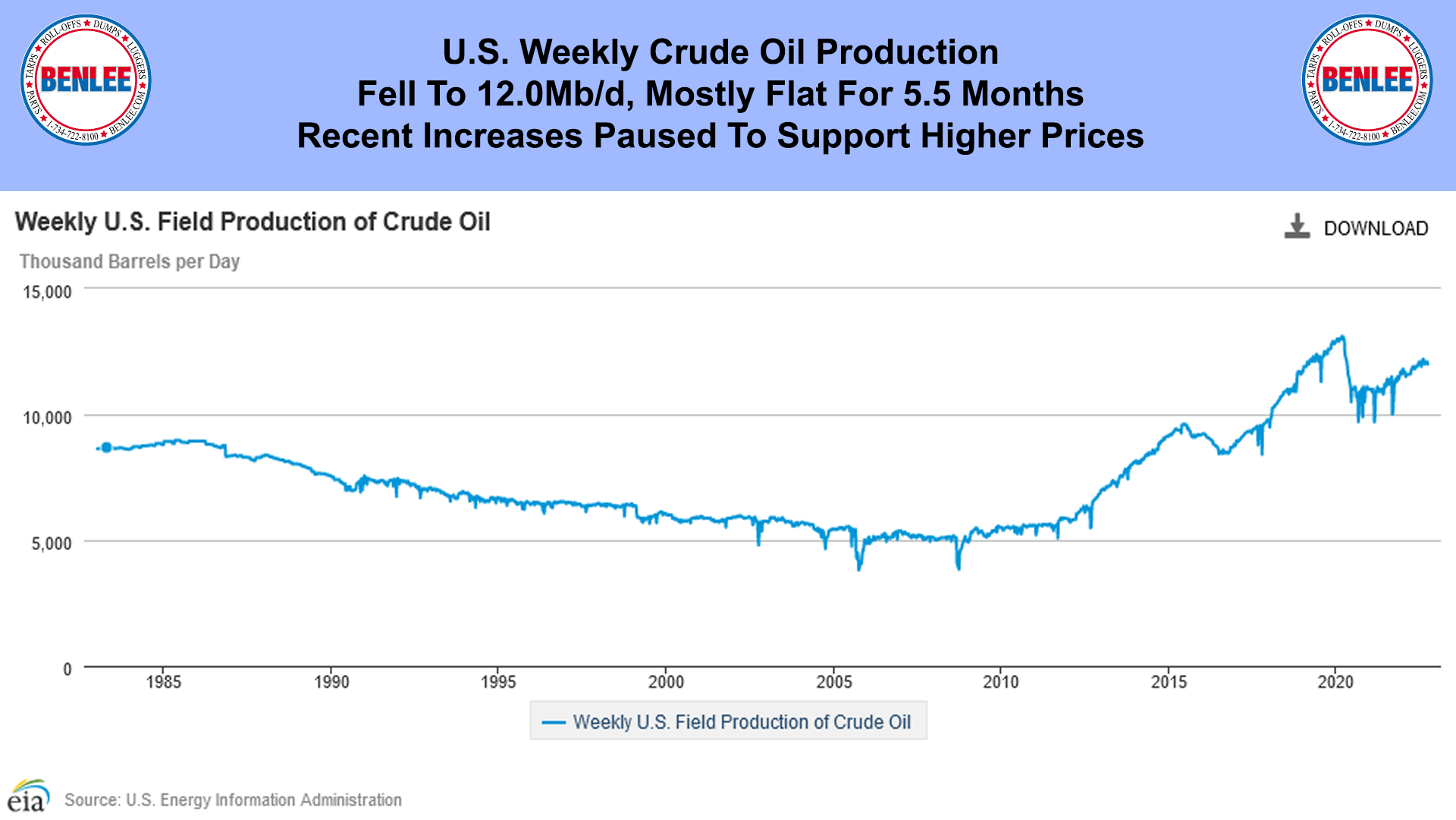 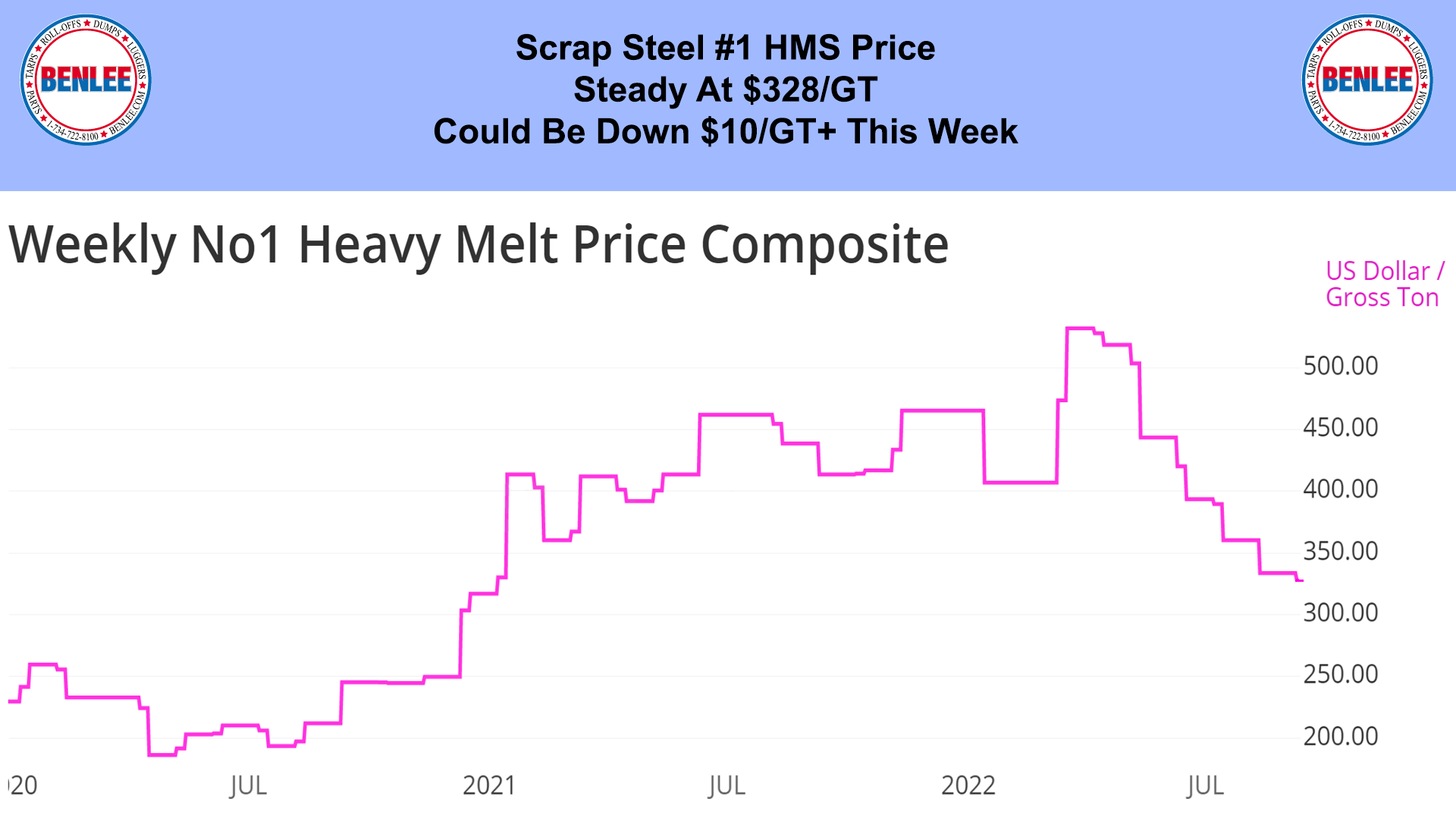 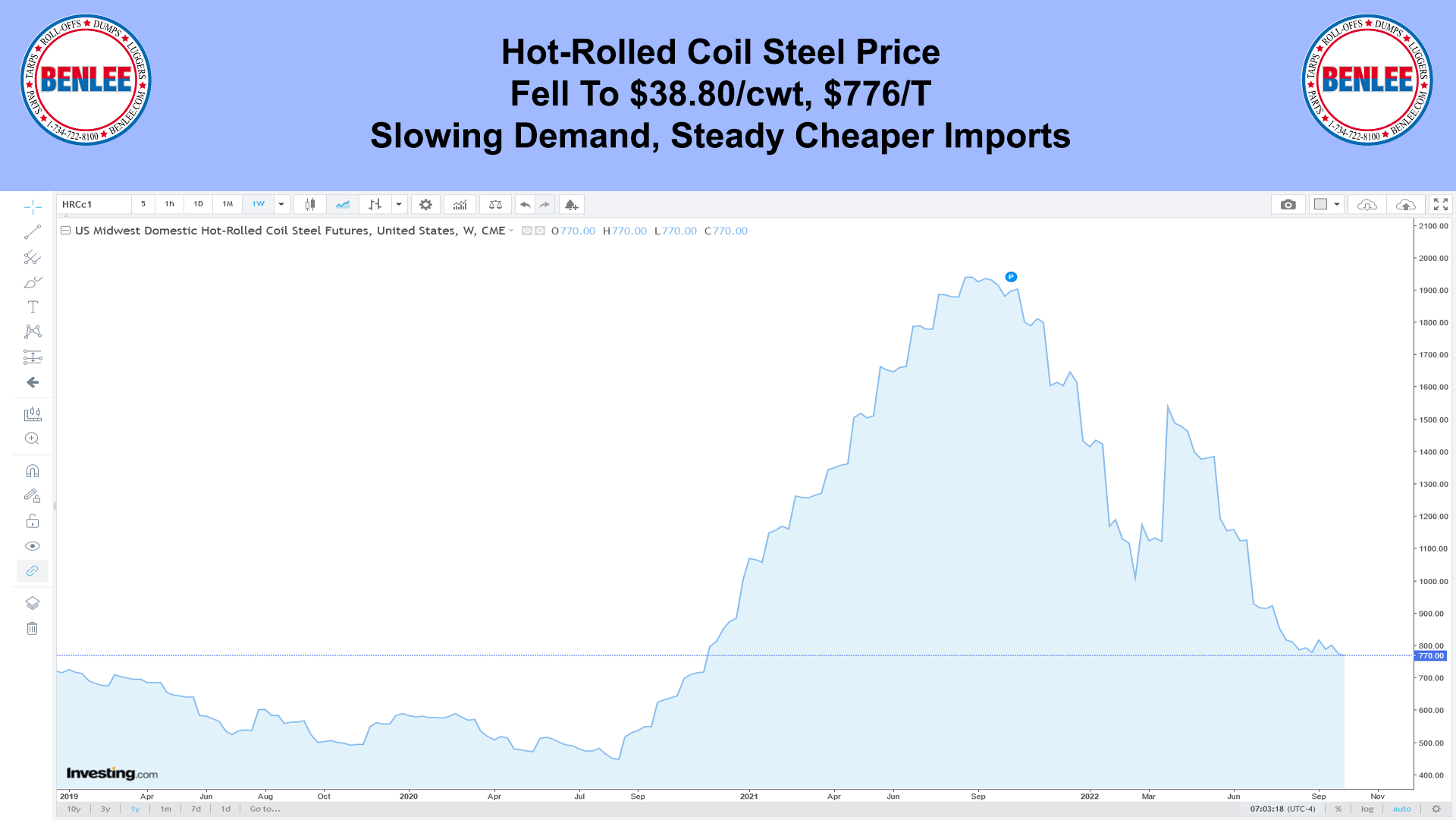 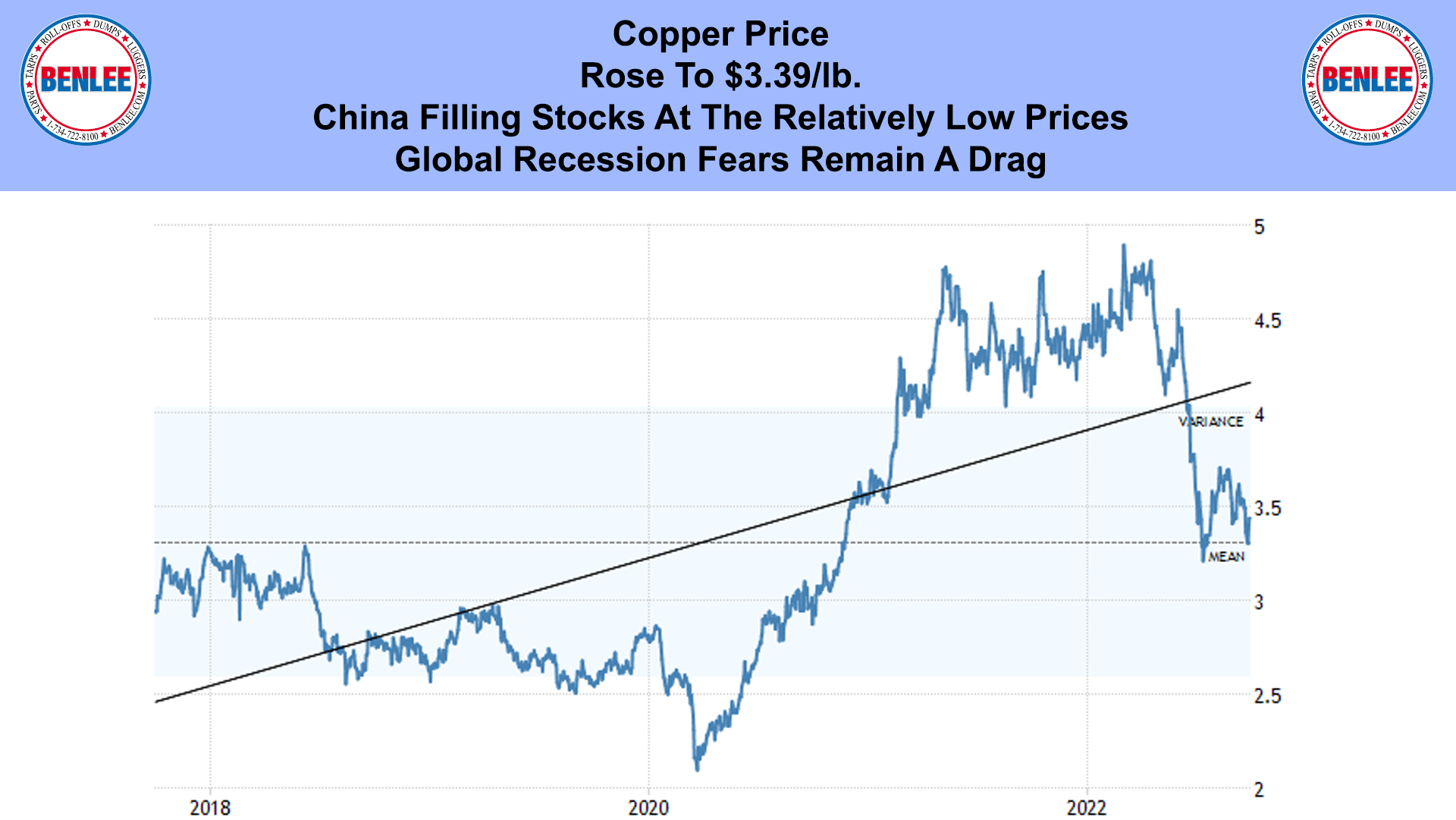 Copper price rose to $3.39/lb. This was as China was filling stocks at low prices and global recession fears remain a drag. 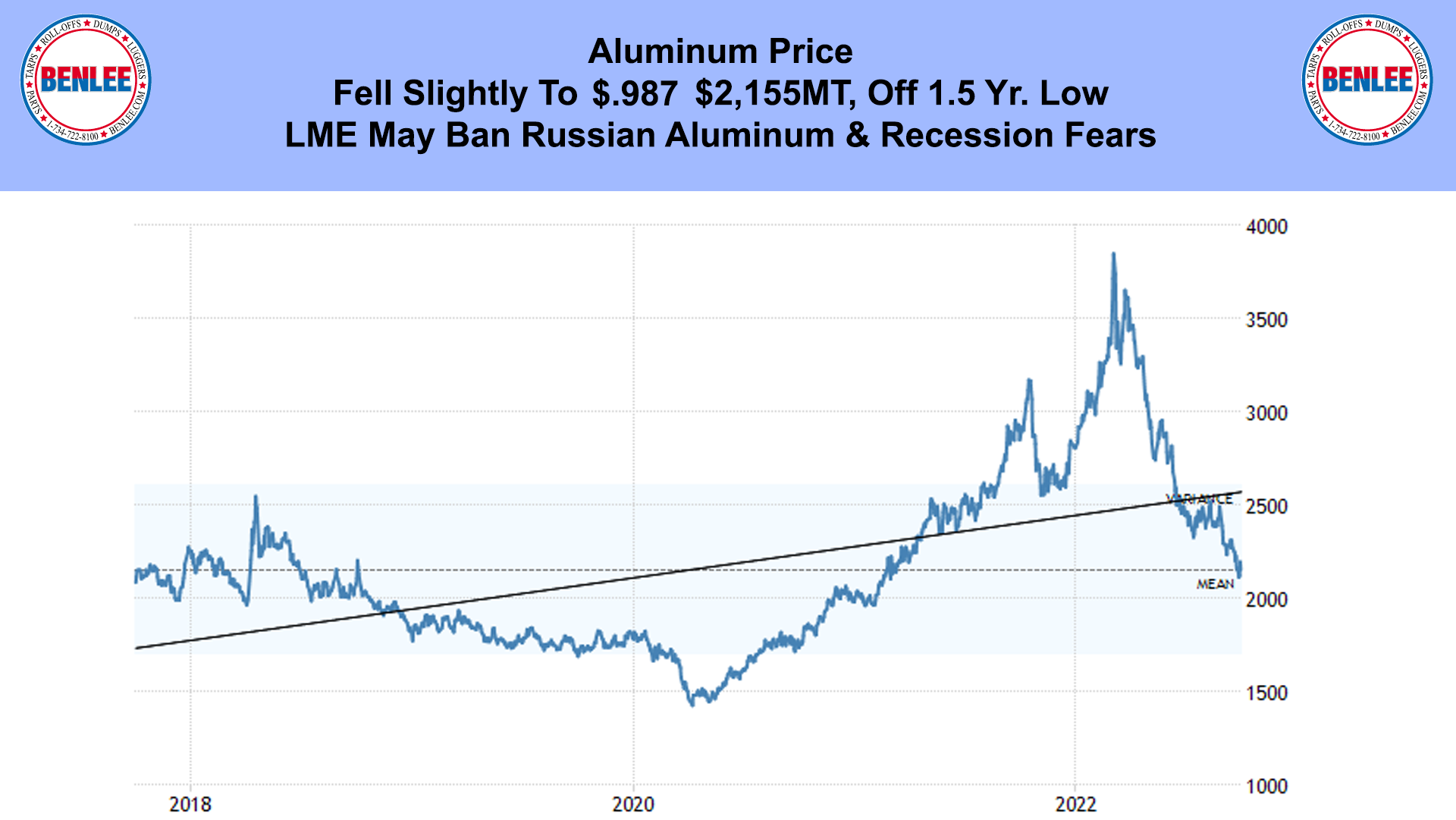 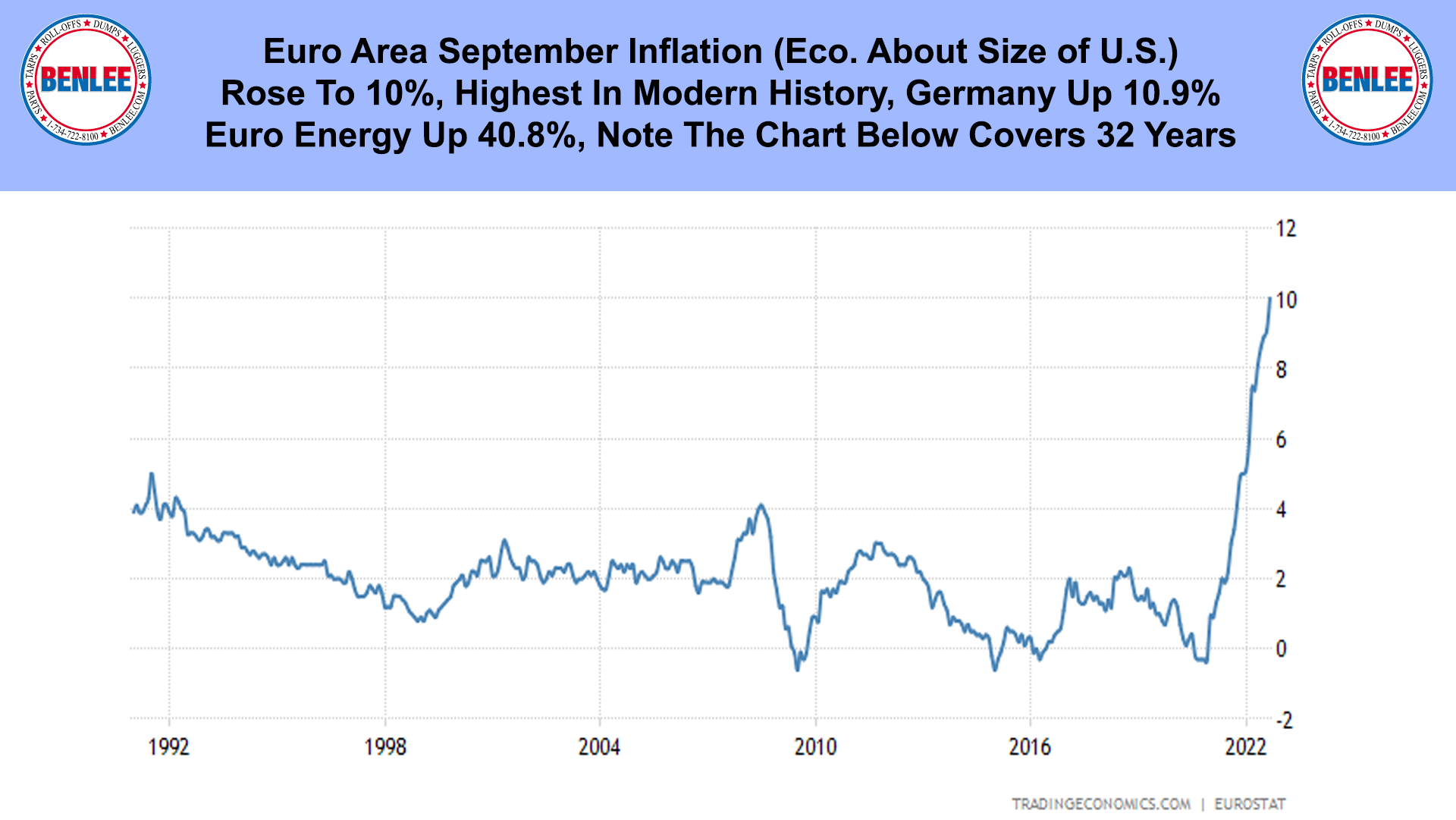 Euro Area September inflation. Remember their economy is about the size of the U.S. economy. Their inflation rose to 10%, the highest in modern history. Germany was up 10.9%. Euro energy was up 40.8%. Note the below chart covers 32 years. 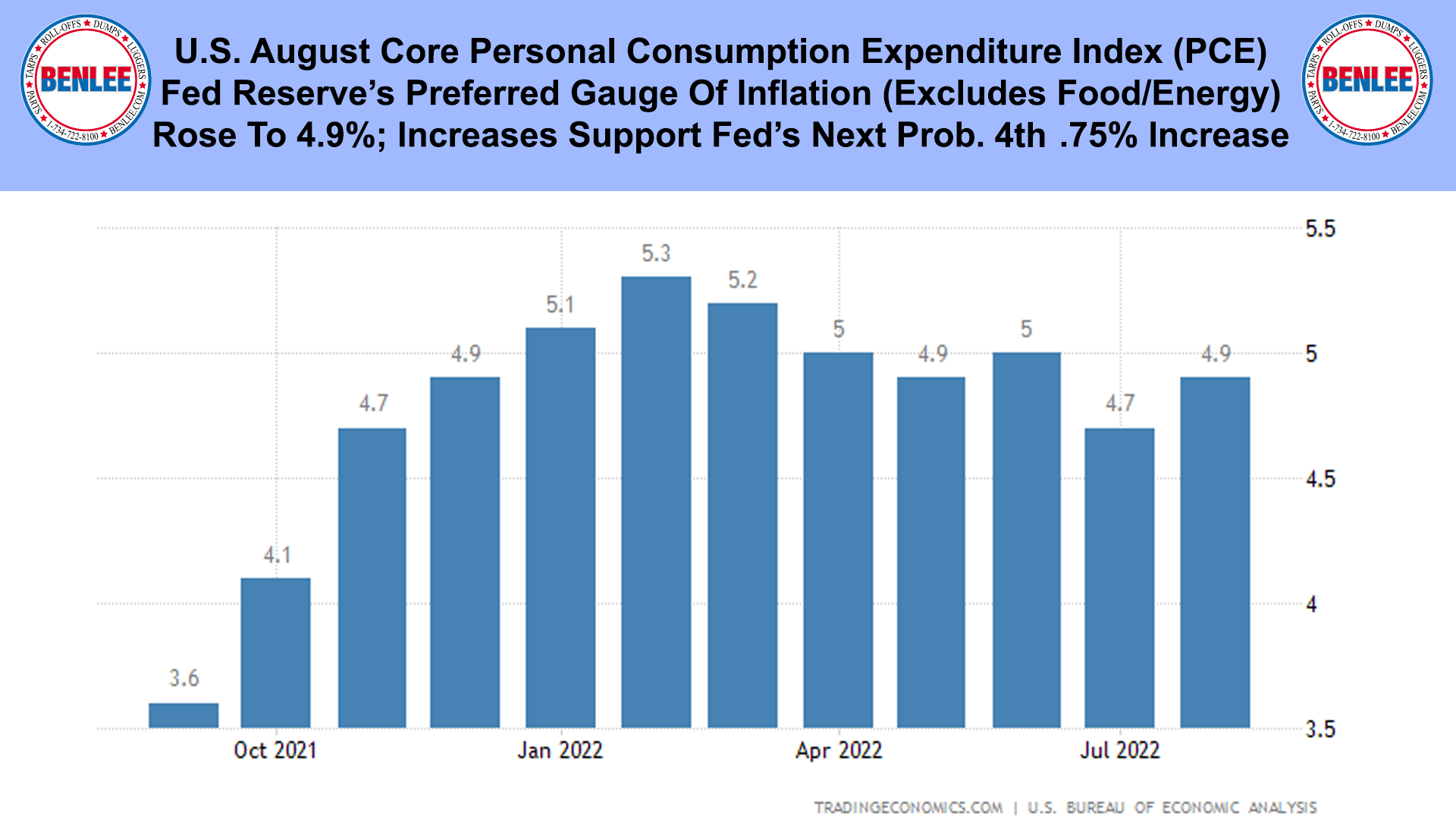 U.S. August Core Personal Consumption Expenditure index (PCE). This is the Federal Reserve’s preferred gauge of inflation which excludes food and energy. It rose to 4.9%, which increases the support of the Fed’s probable fourth, .75% interest rate increase. 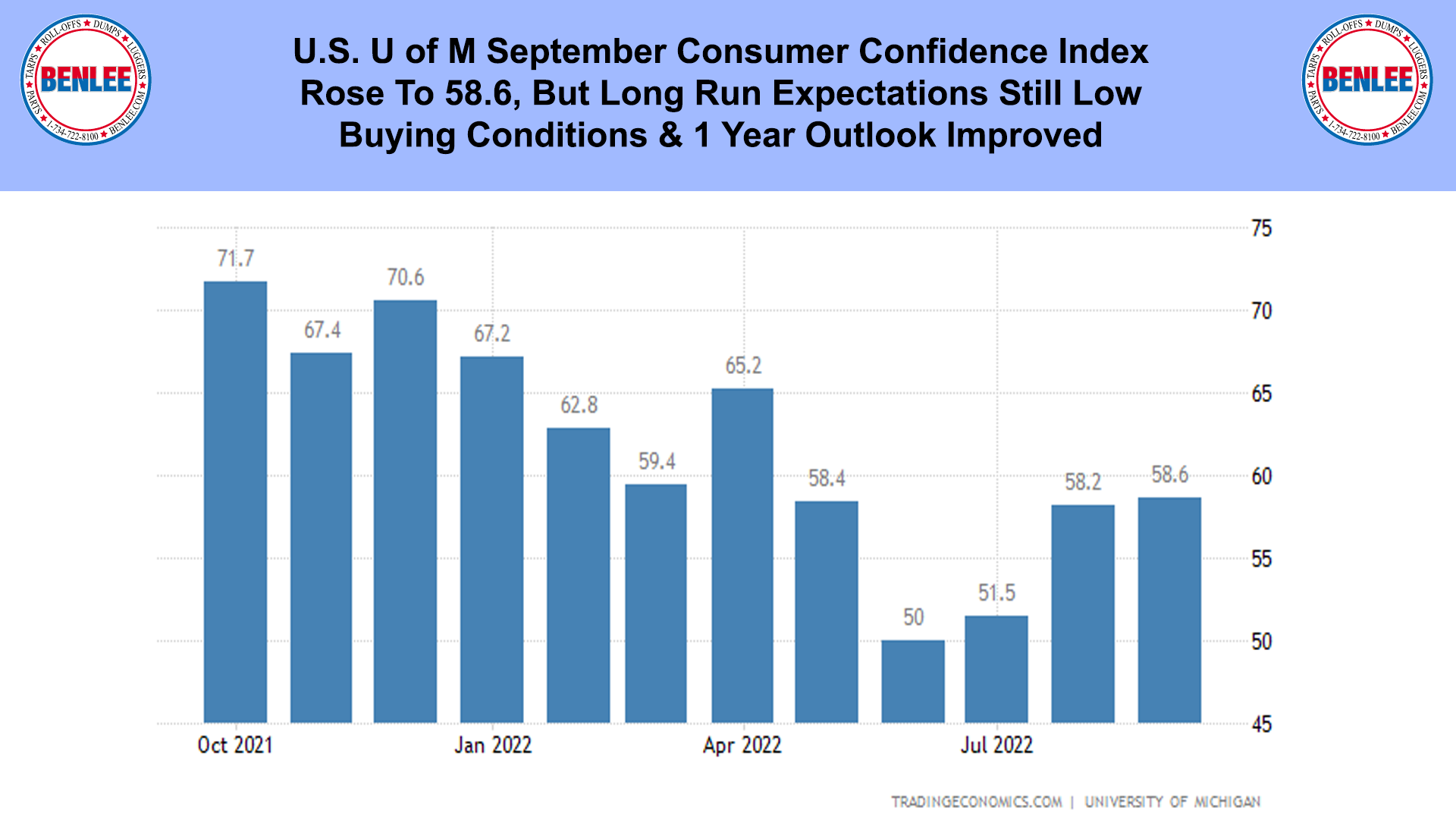 U.S. U of M September Consumer Confidence index. It rose to 58.6, but long run expectations are still low. Buying conditions and the one-year outlook improved. 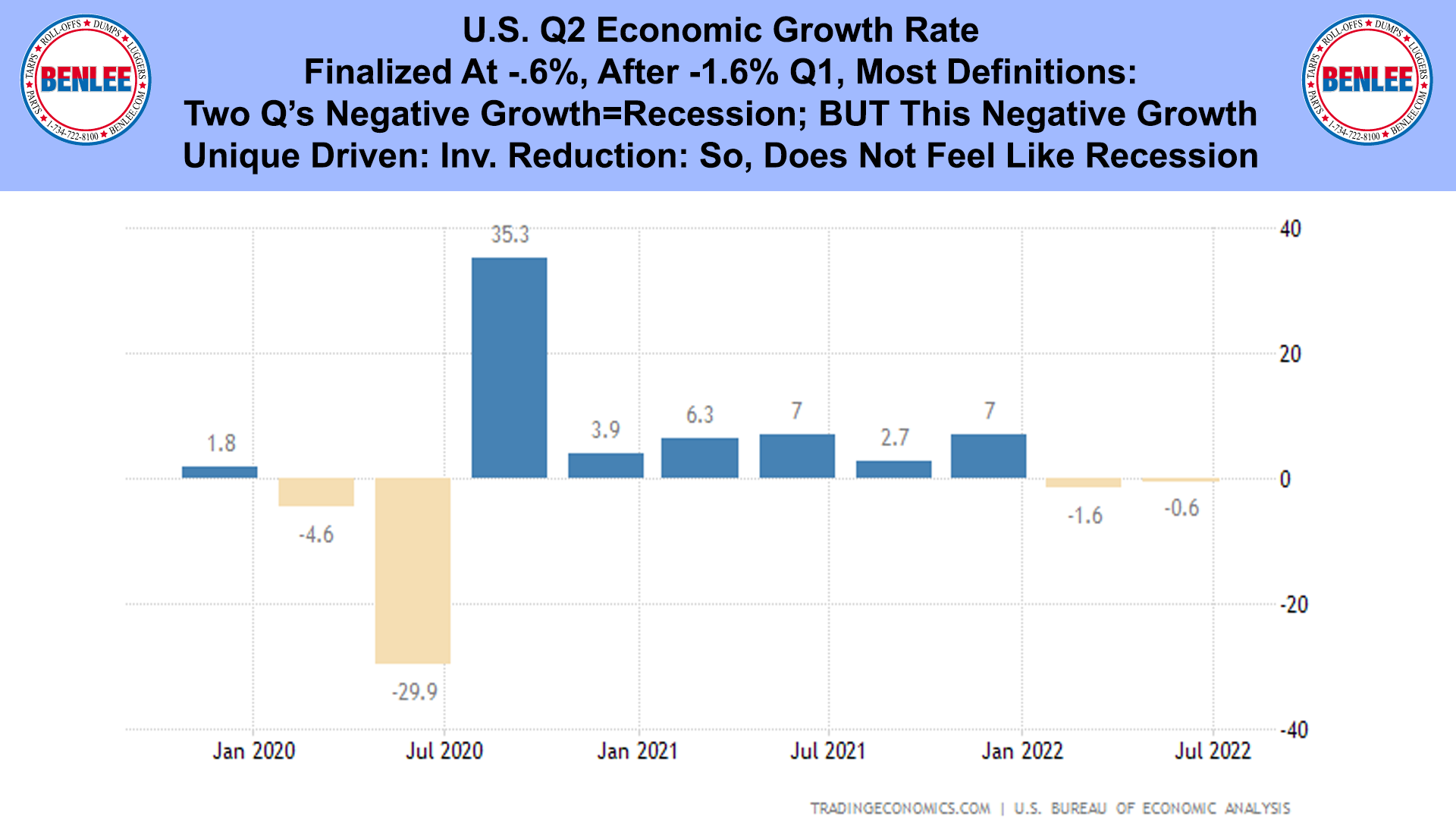 U.S. Q2 Economic growth rate, GDP was finalized at -.6% after a -1.6% Q1. By most definitions two quarters of negative growth equal a recession. But this negative growth was uniquely driven by inventory reduction, so it does not feel like a recession. 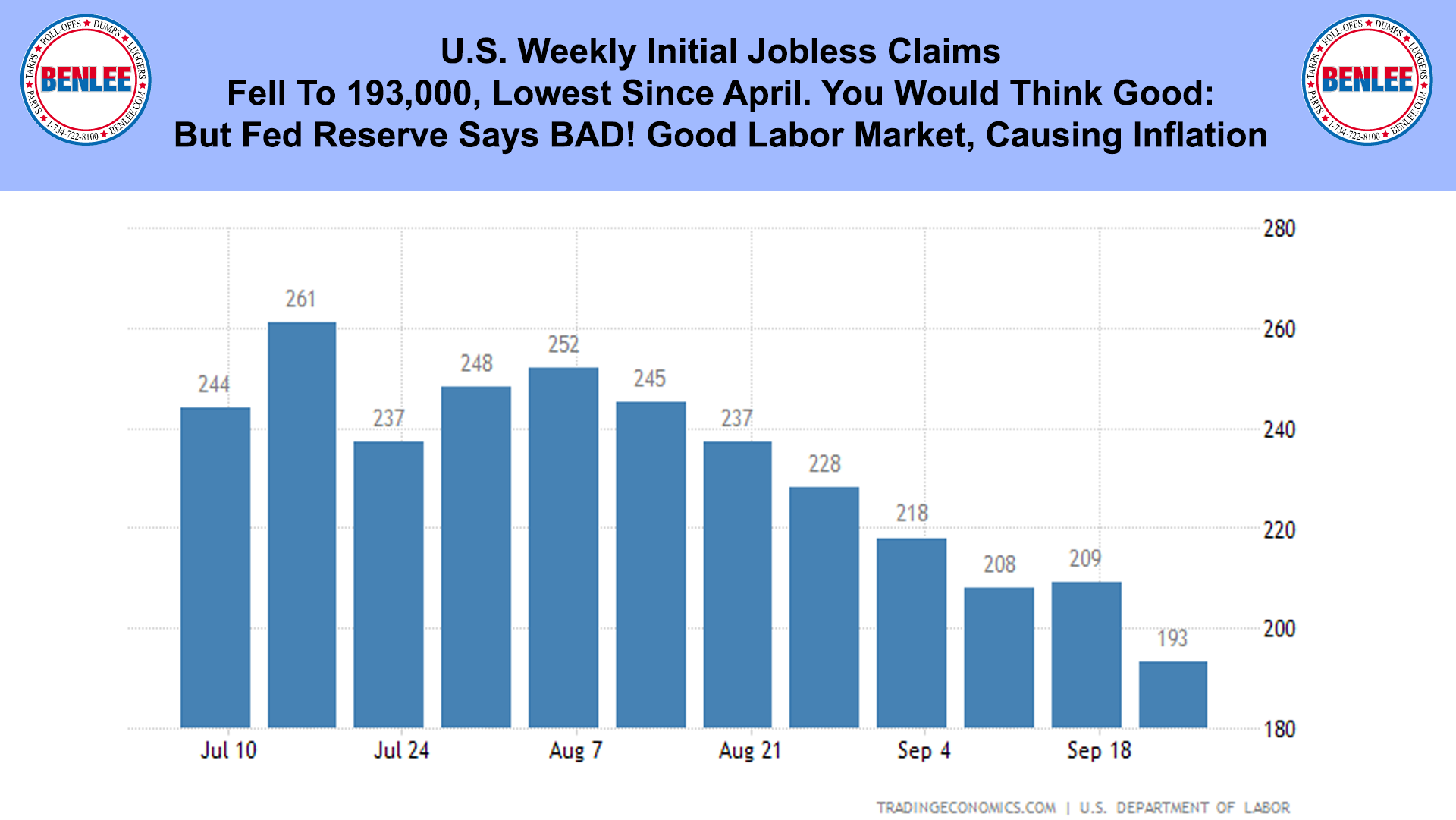 U.S. weekly initial jobless claims fell to 193,000, the lowest since April. You would think that is good, but the Federal Reserve says this is BAD! The good labor market is causing inflation. 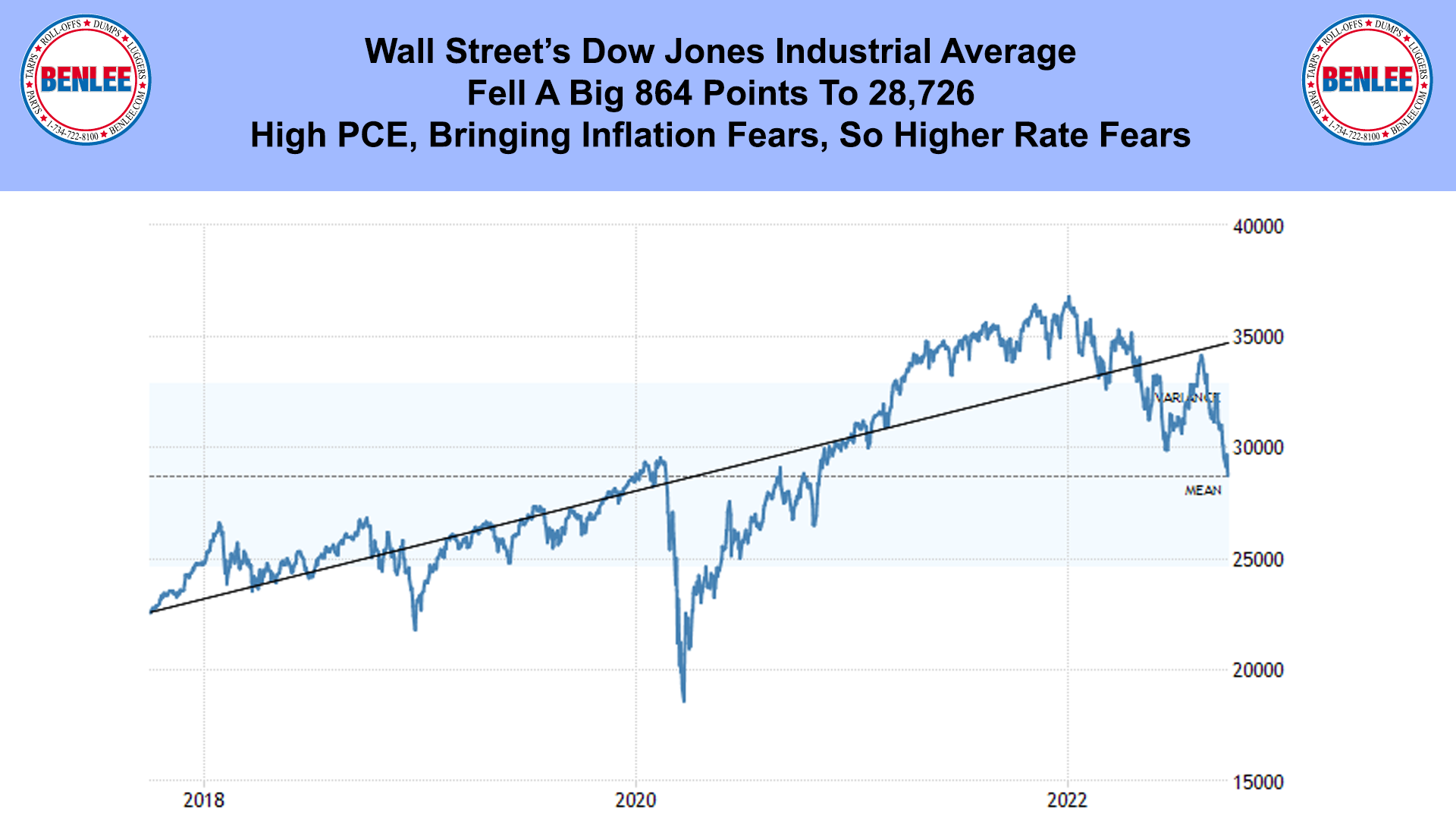 Wall Street’s Dow Jones Industrial Average, fell a big 864 points to 28,726. This was due to the high PCE, which is bringing inflation fears so higher interest rates. 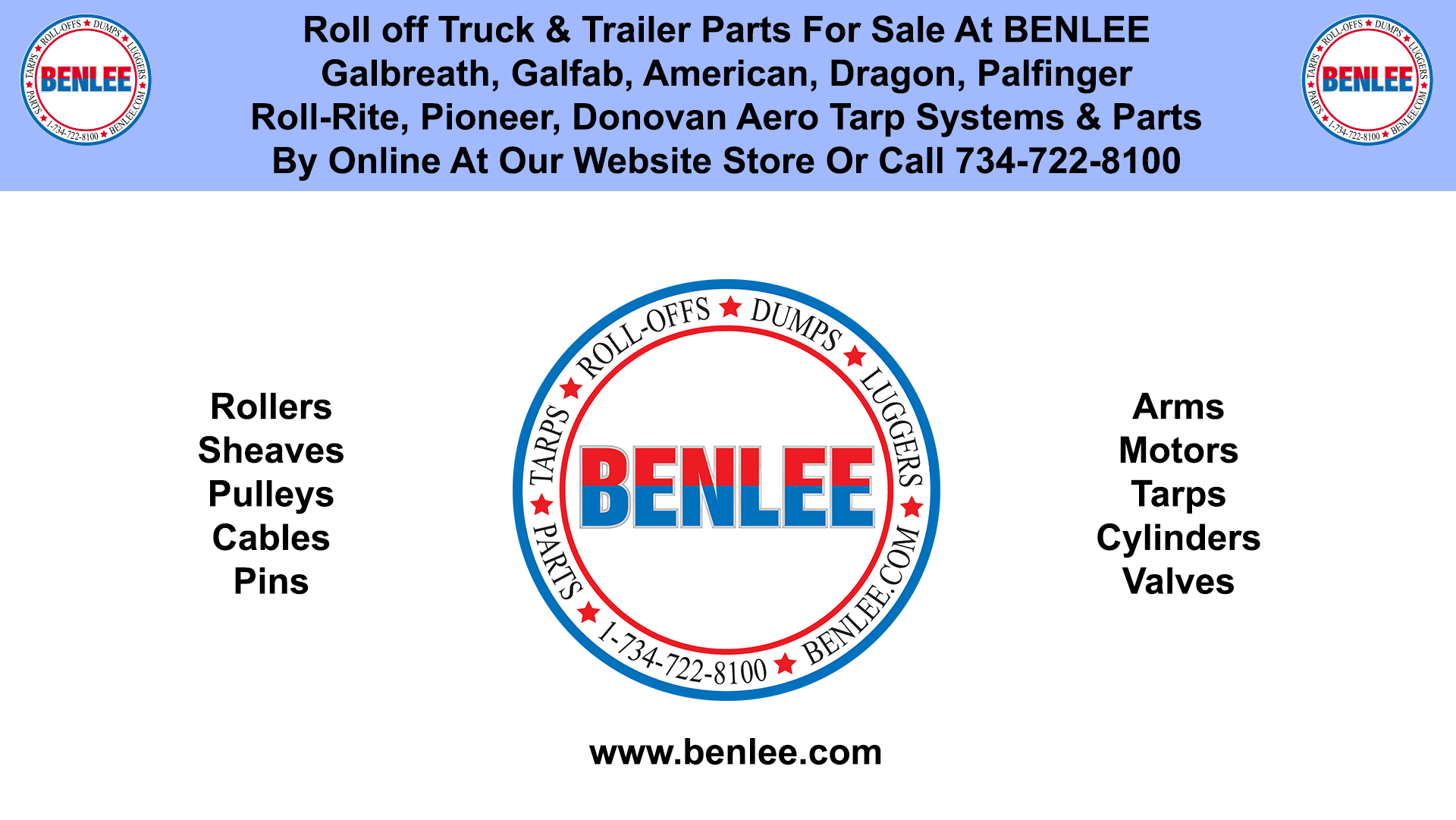 Roll off truck and trailer parts for sale at BENLEE. Galbreath, Galfab, American, Dragon and Palfinger. Roll-Rite, Pioneer Donovan and Aero tarp systems and parts too. Buy online at our website or call BENLEE at 734-722-8100.