This is the Global Economic, Commodities, Scrap Metal and Recycling Report by our BENLEE Roll off Trailers and Gondola Trailers, Scrap Haulers, May 9th, 2022. 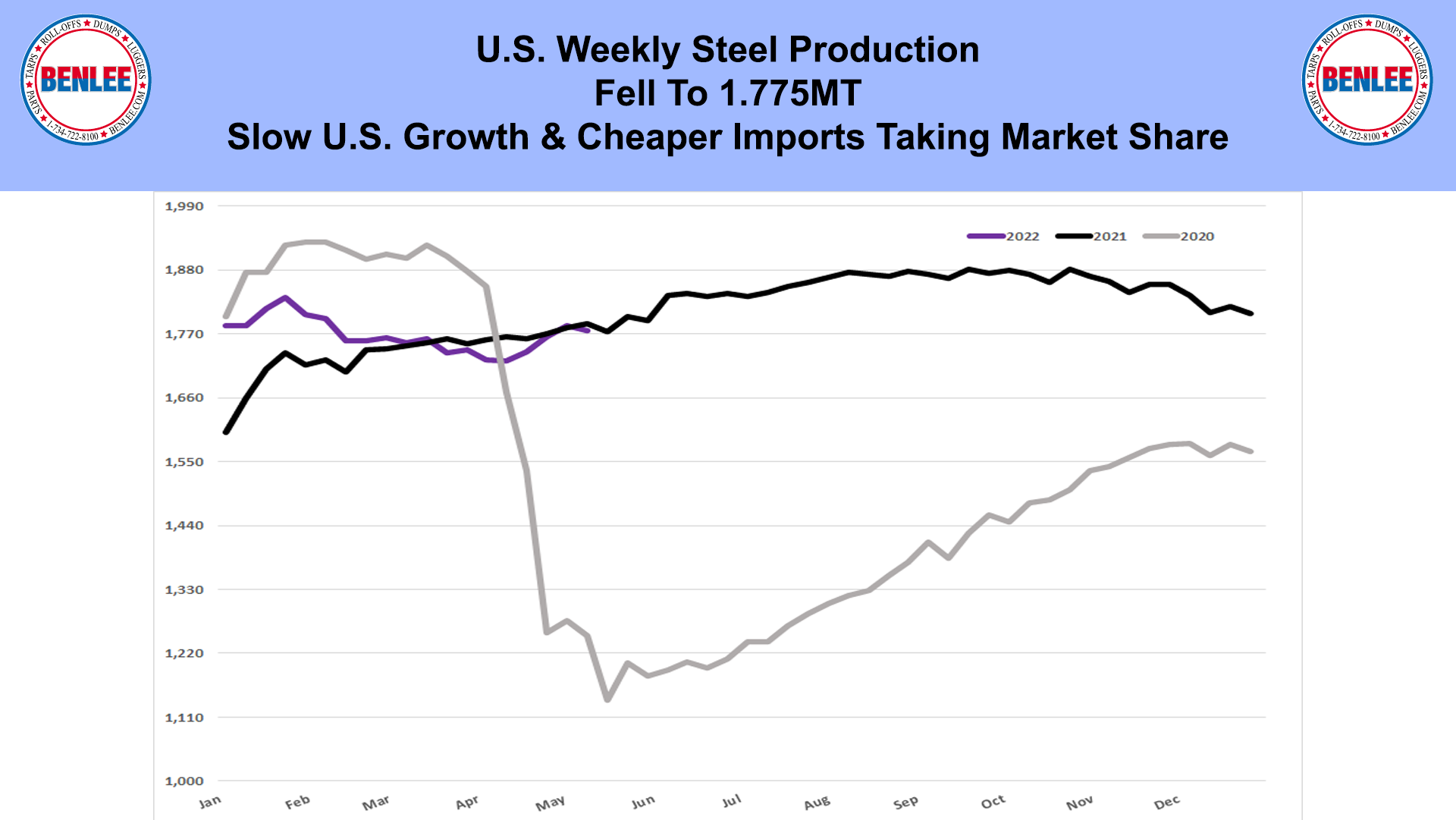 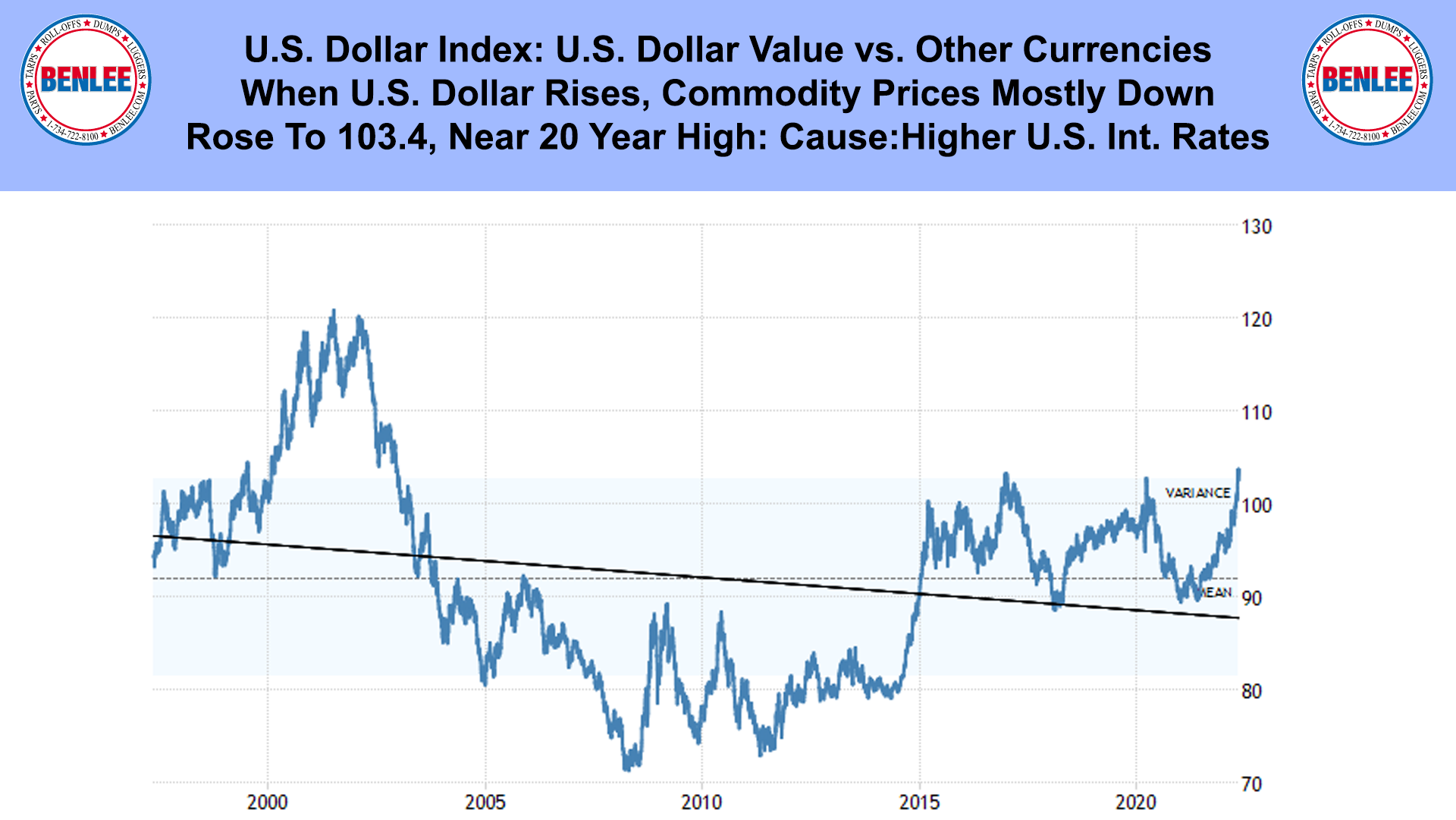 The U.S. Dollar index. The U.S. dollar vs. other global currencies. When the U.S. dollar rises, commodity prices mostly go down. The dollar rose to 103.4, near a 20-year high, caused by higher U.S. interest rates. 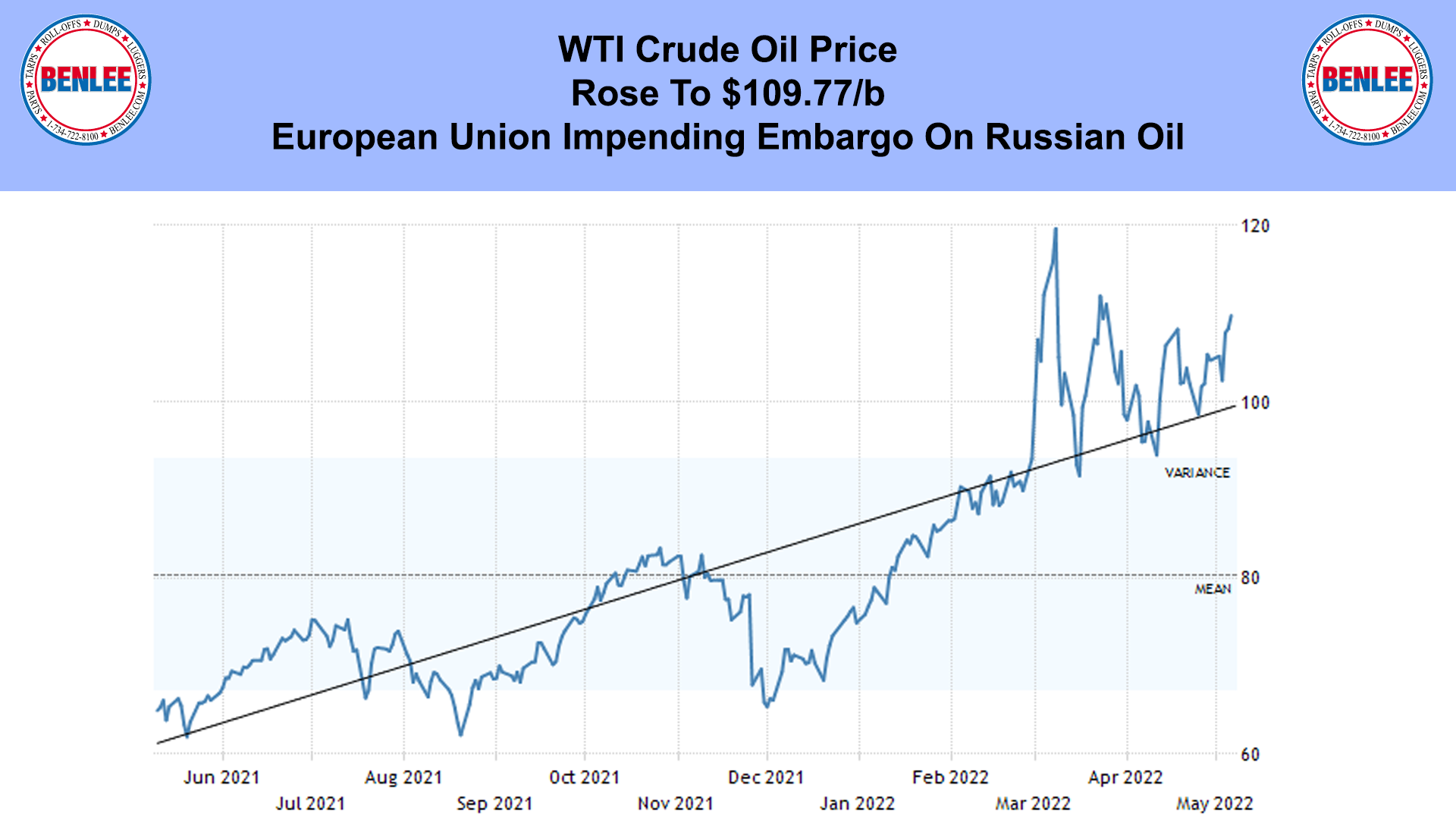 WTI crude oil price rose to $109.77/b. This was on the European Union’s impending embargo on all Russian oil. 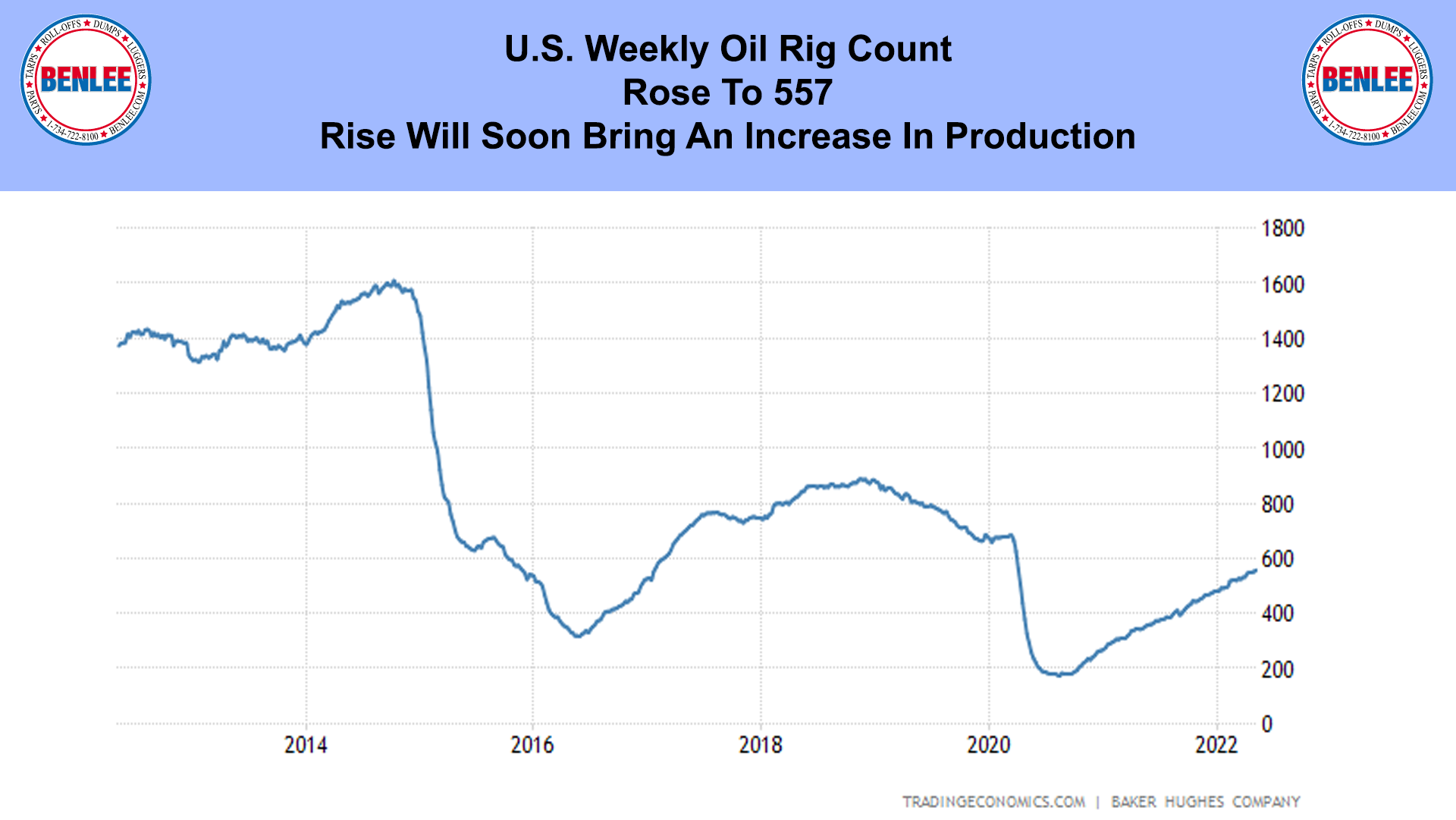 The U.S. weekly oil rig count rose to 557. The rise will soon bring an increase in production. 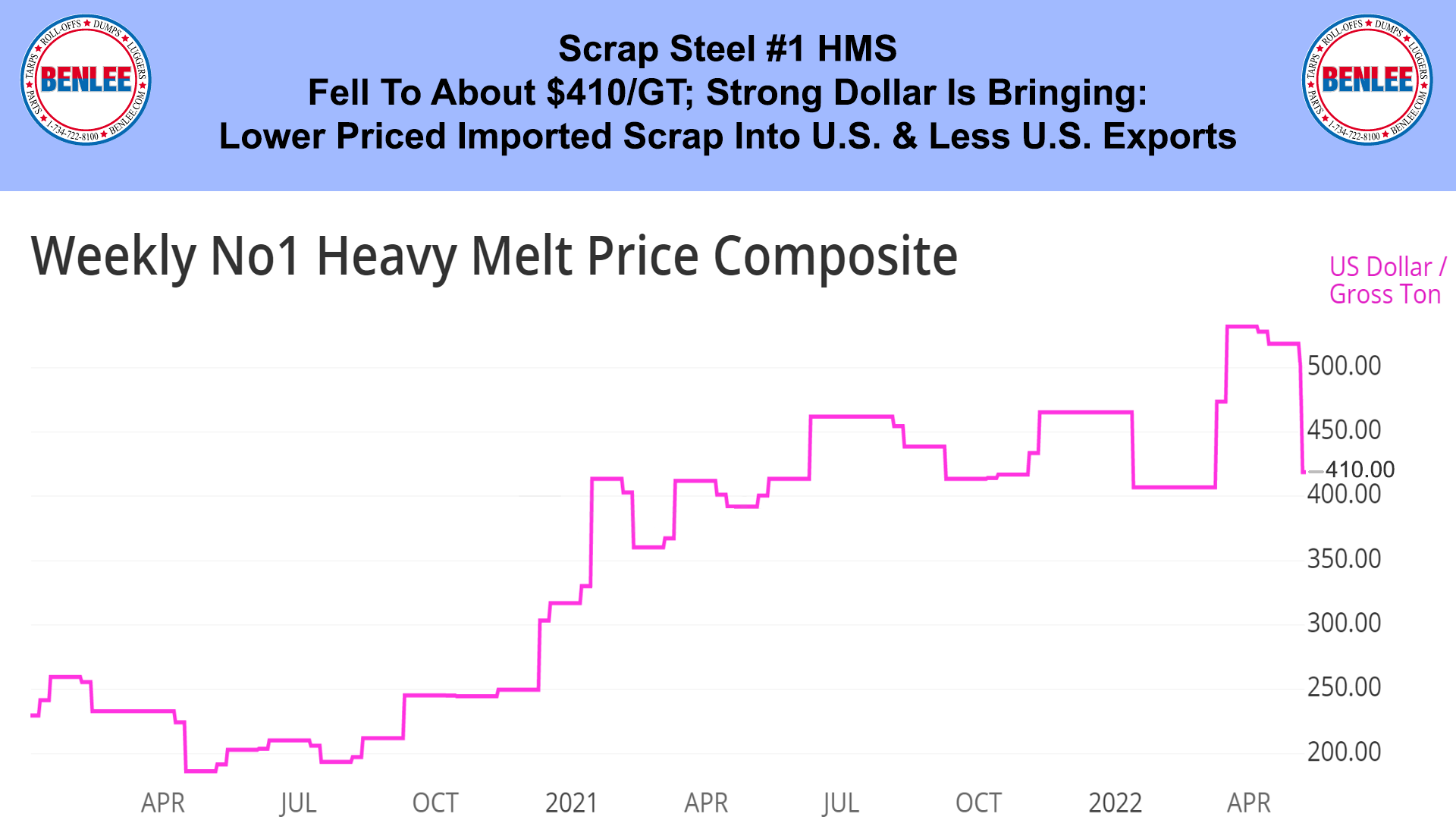 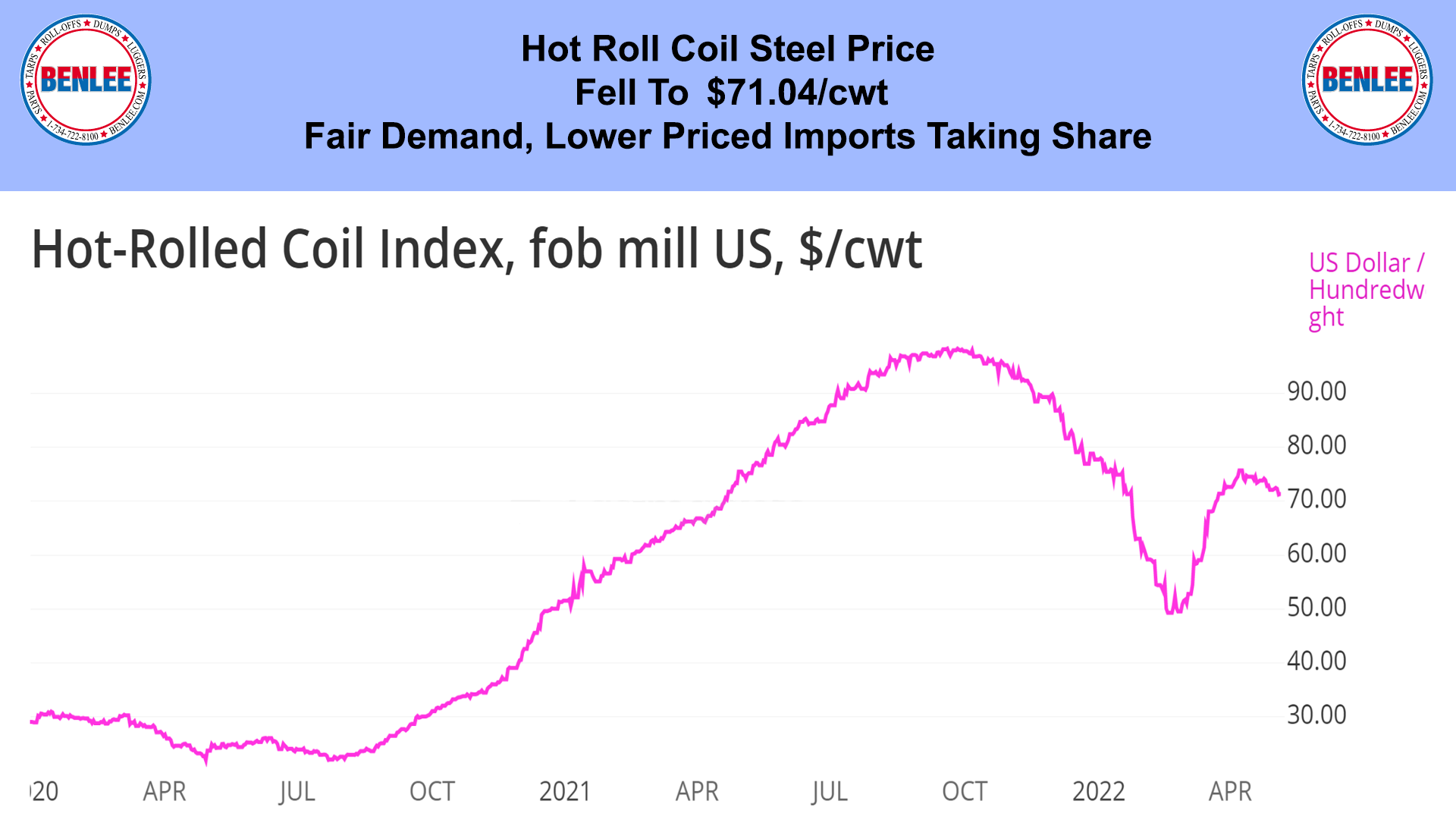 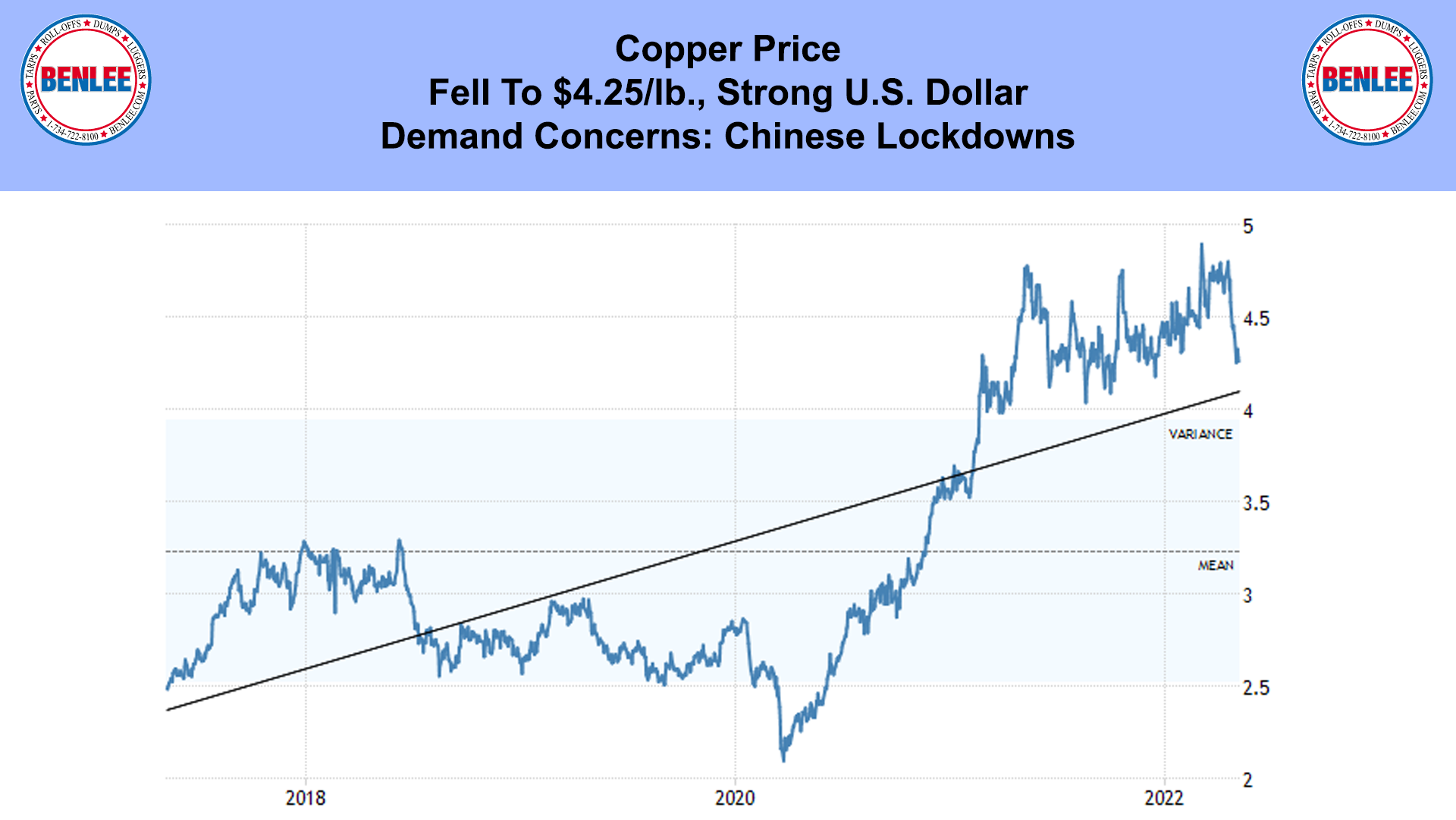 Copper price fell to $4.25/lb., on the strong dollar. Also, on demand concerns with Chinese lockdowns. 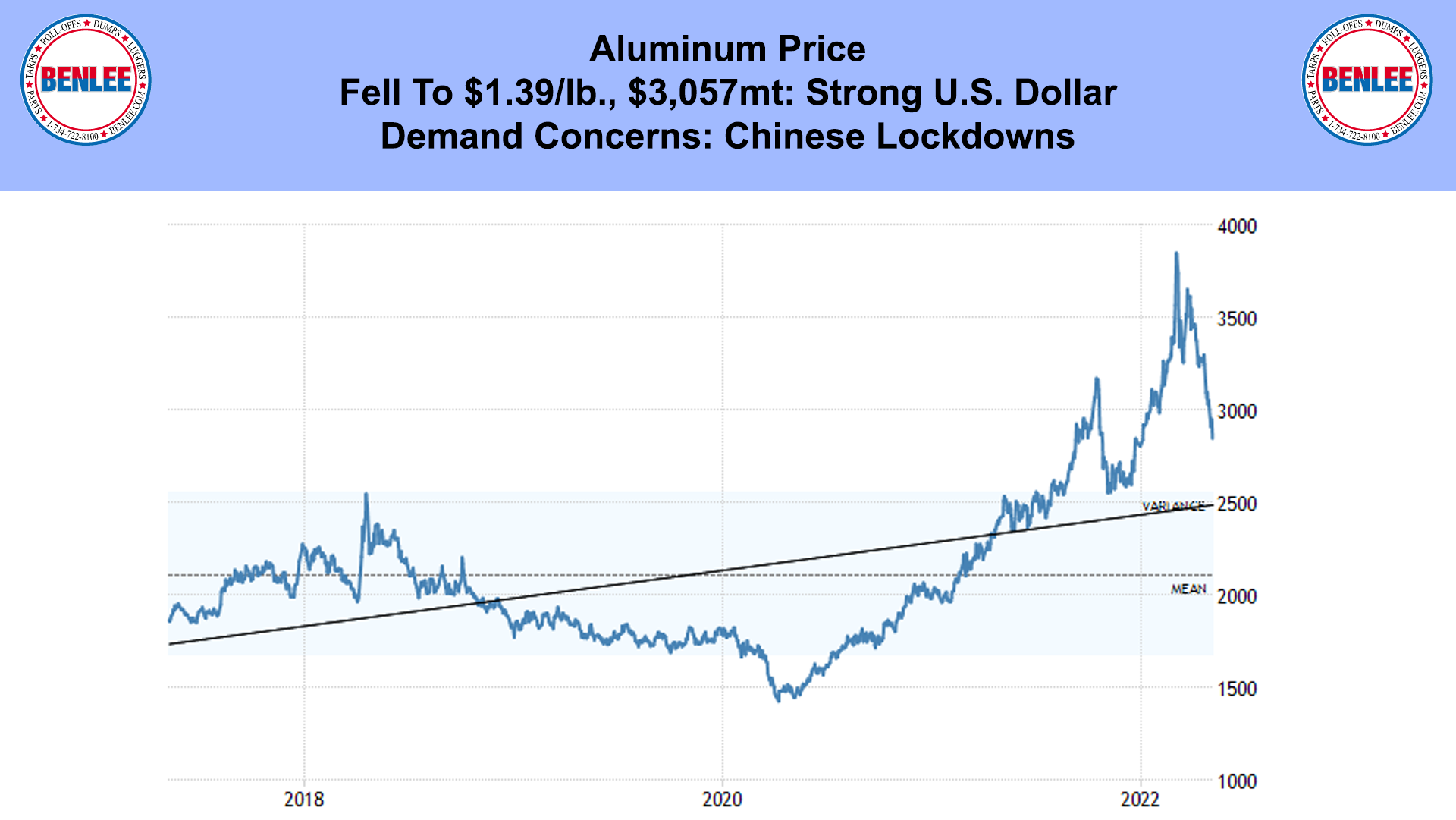 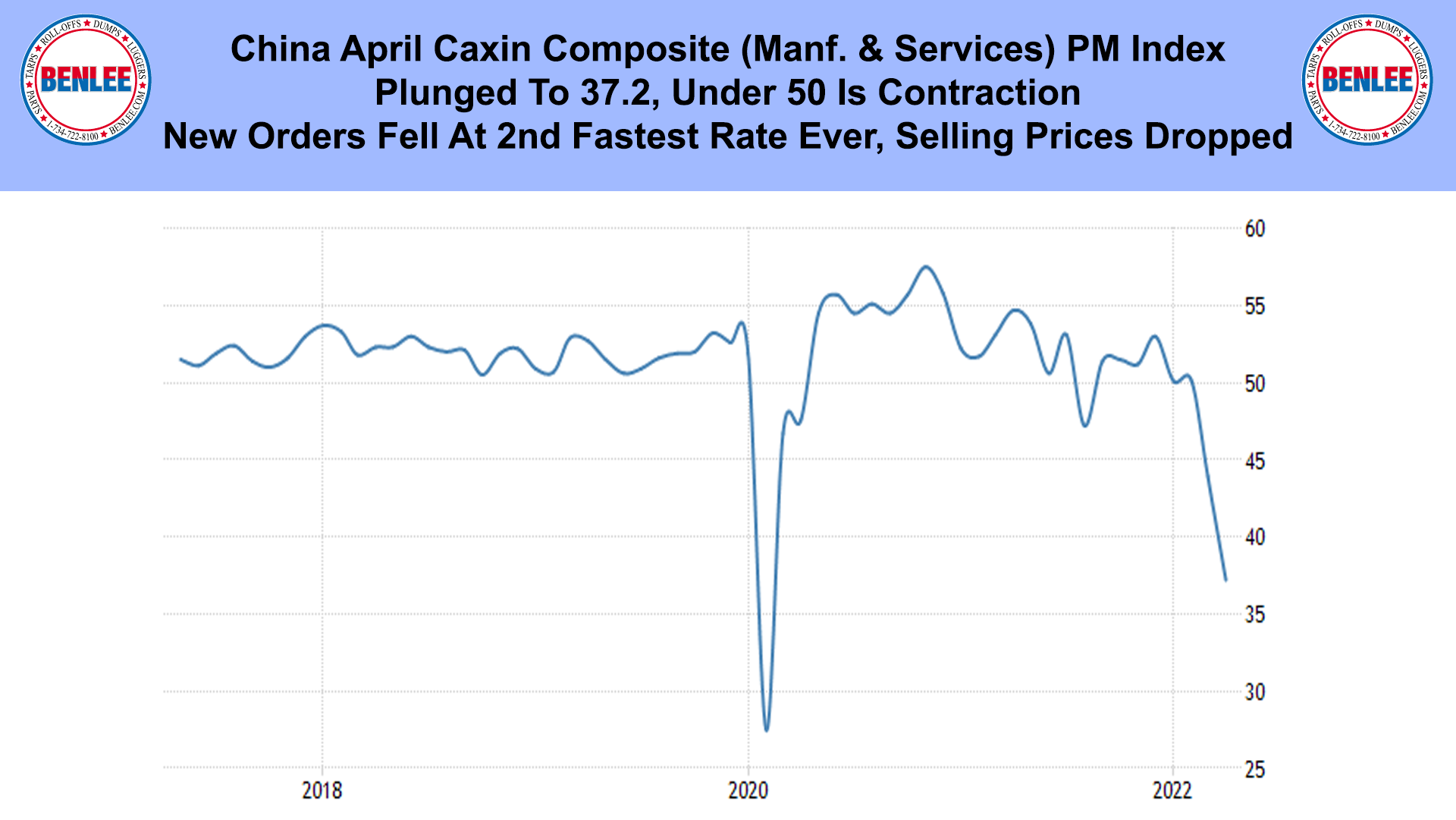 China April Caxin Composite (Manufacturing and services) PM Index. It plunged to 37.2. Under 50 is contraction. New orders fell at the 2nd fastest rate ever, as selling prices dropped. 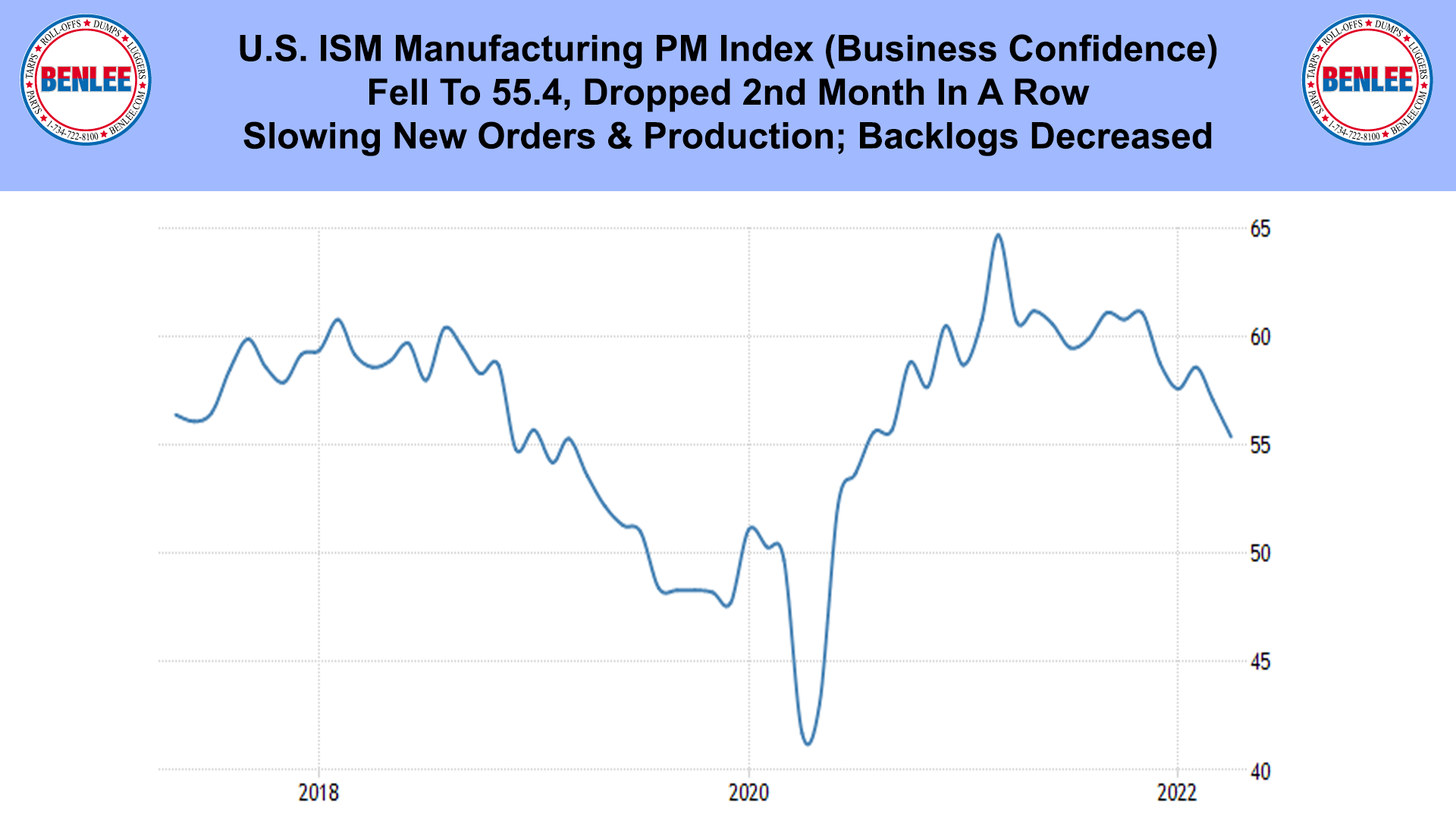 U.S. ISM Manufacturing PM index, which is also business confidence. It fell to 55.4, dropping the 2nd month in a row. There were slowing new orders and production, as backlogs decreased. 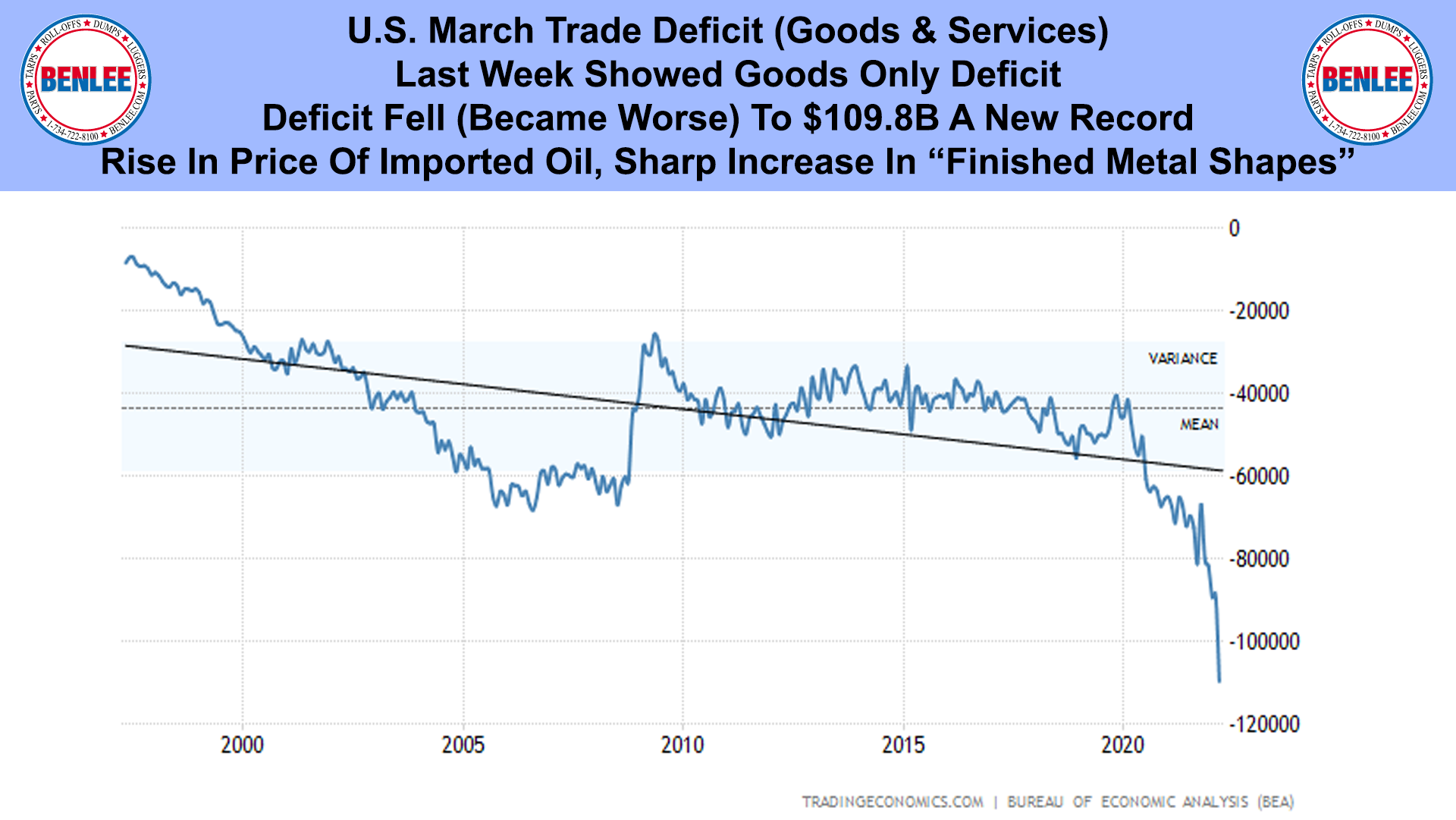 U.S. March trade deficit of goods and services. Last week we showed the goods only deficit. The deficit fell, became worse to $109.8B, a new record, on the rise in the price of imported oil, and a sharp increase in finished metal shapes. 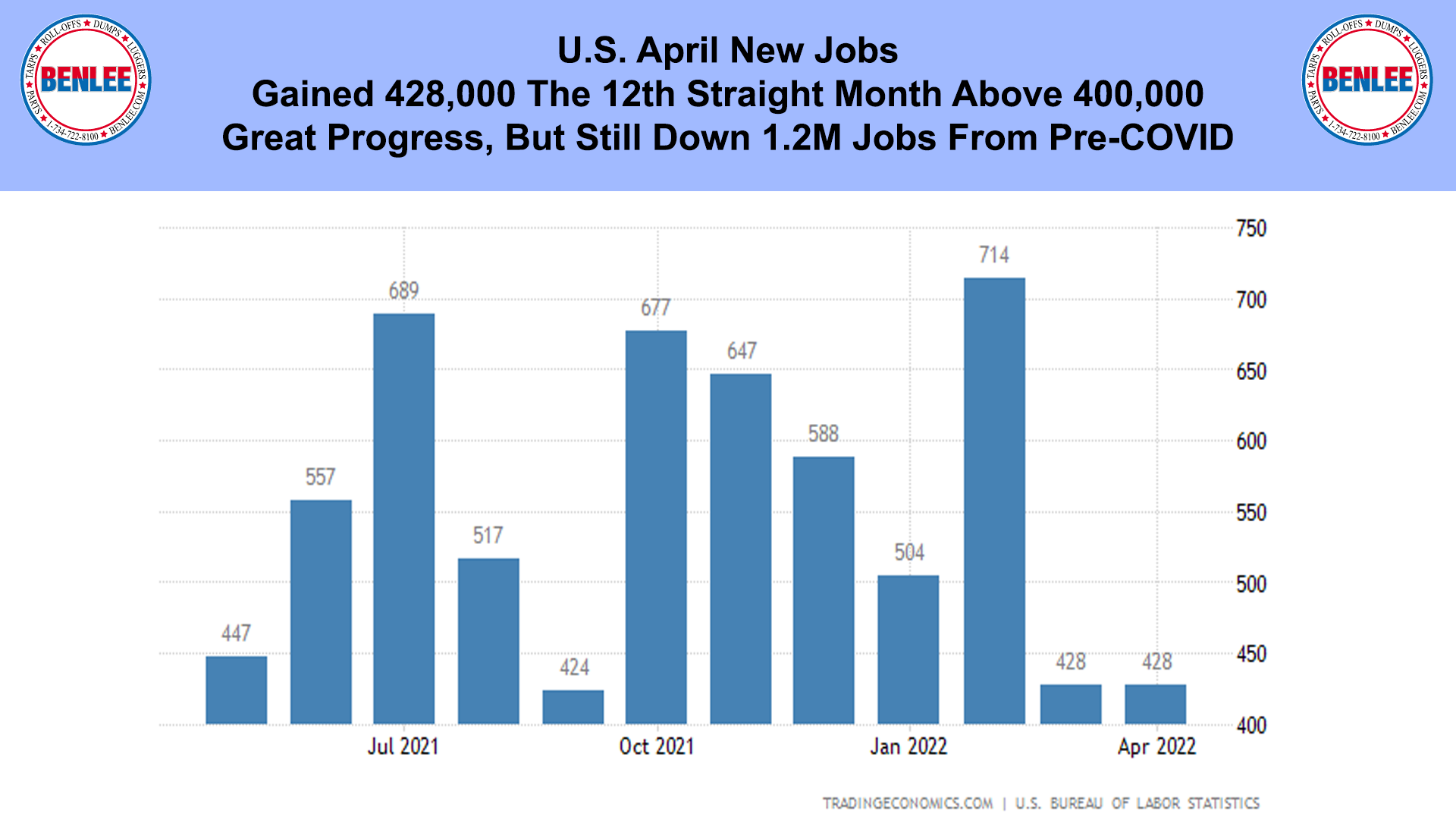 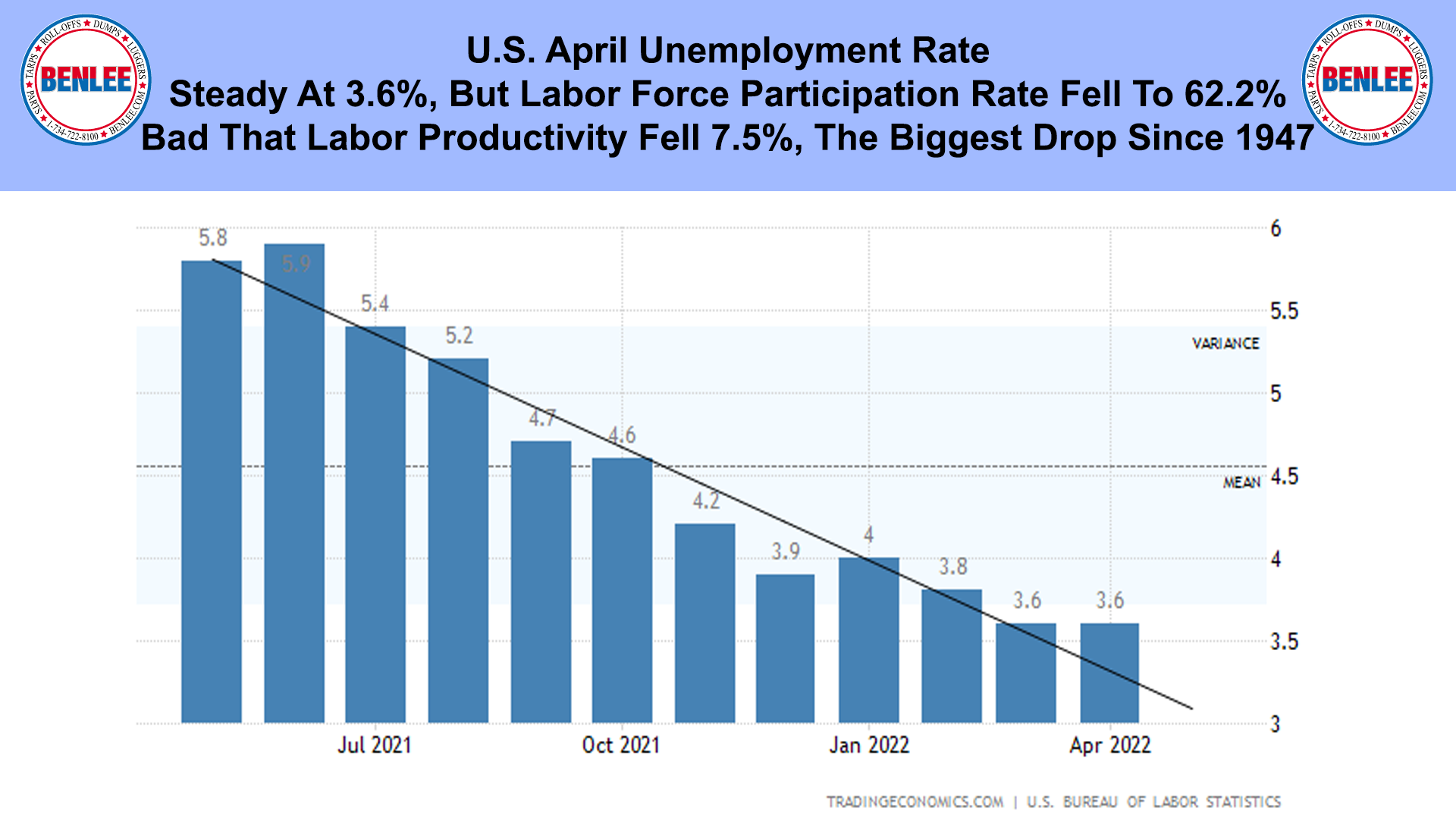 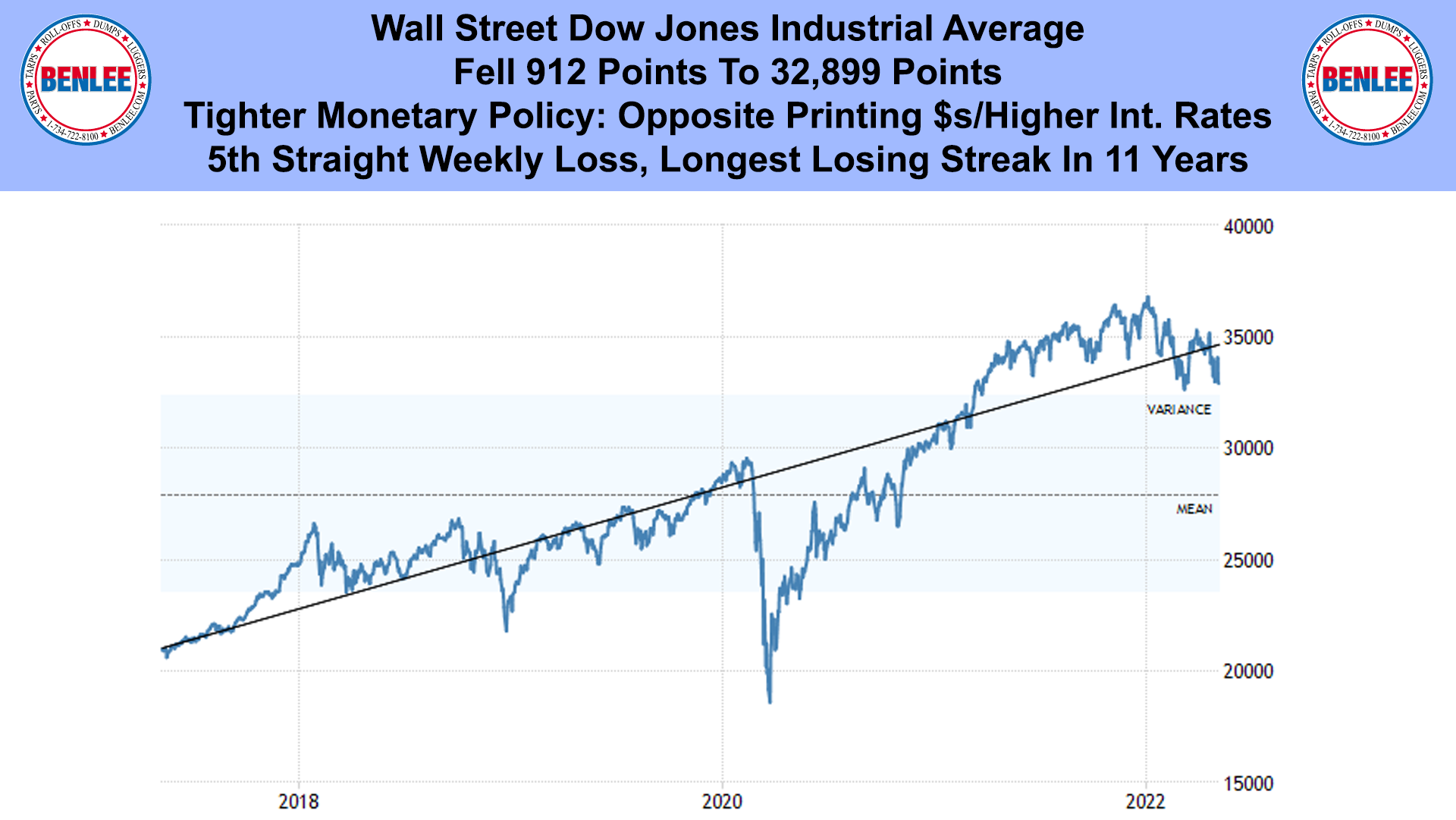 Wall Street’s Dow Jones industrial average fell 912 points to 32,899. This was on a tighter monetary supply which is the opposite of printing dollars along with higher interest rates. It was the 5th straight weekly loss, the longest losing streak in 11 years.