This is the Global Economic, Commodities, Scrap Metal and Recycling Report by our BENLEE Roll off Trailers and Gondola Trailers, Scrap Haulers, May 2nd, 2022. 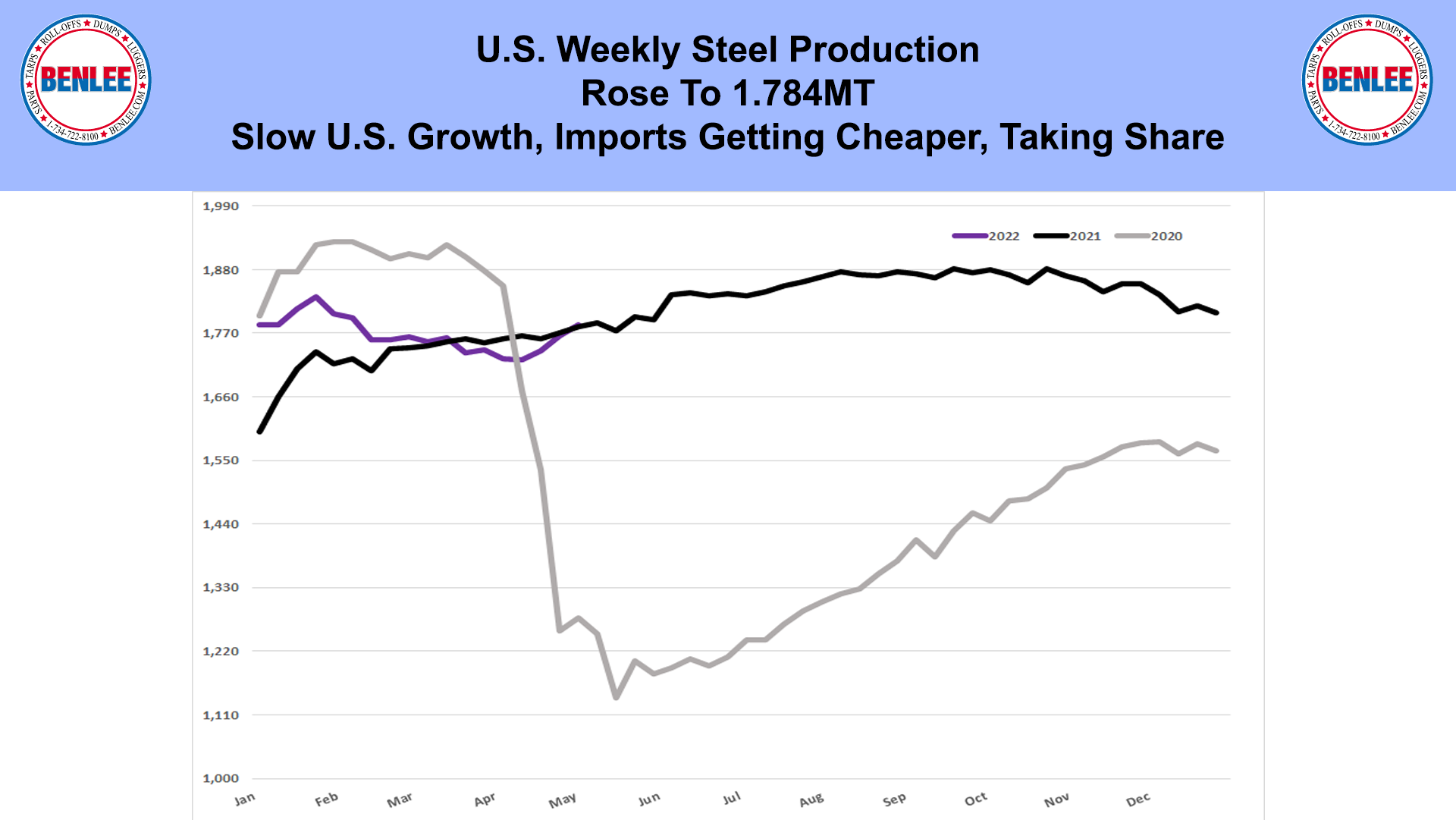 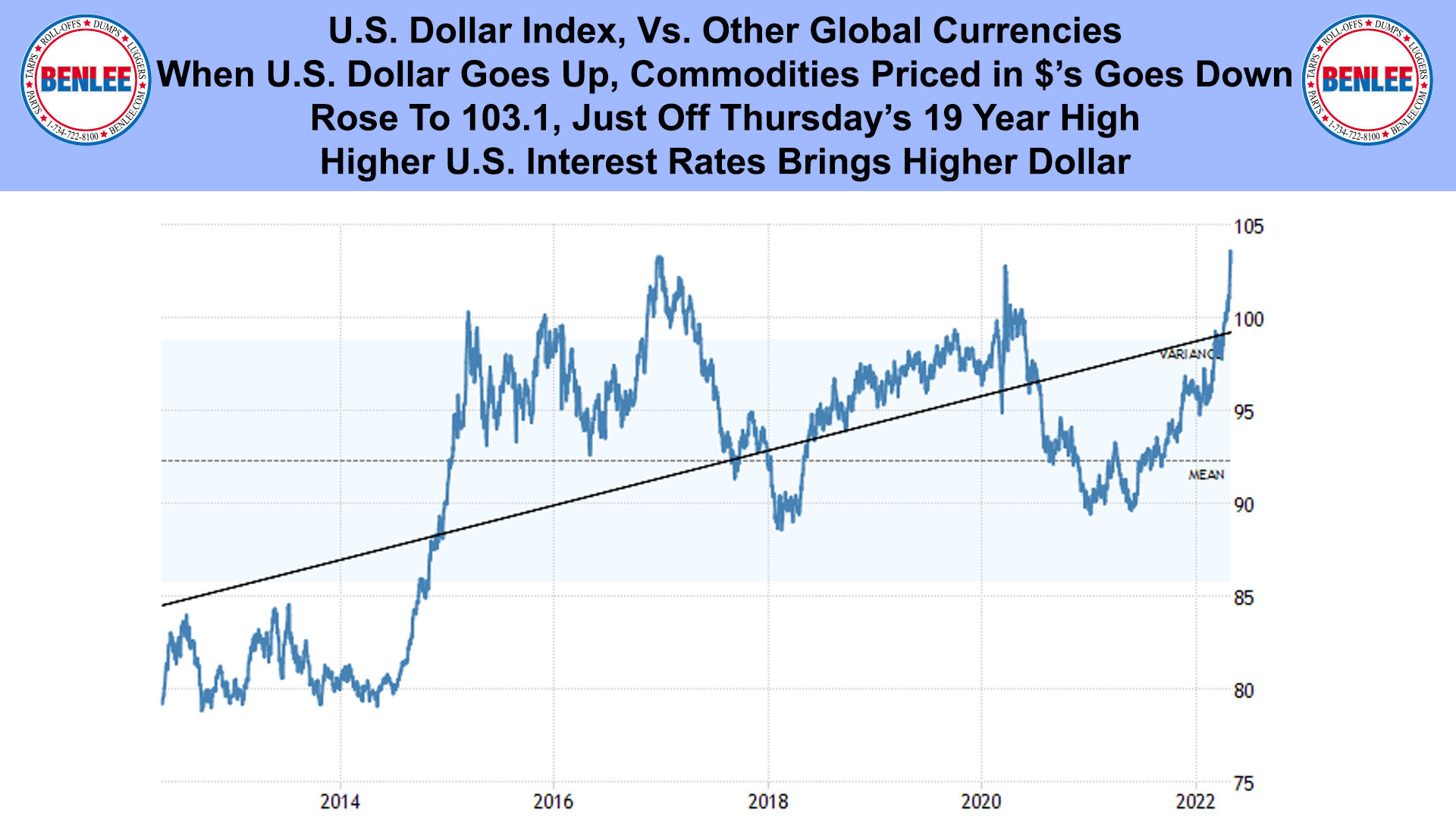 The U.S. Dollar index, which is the U.S. dollar vs. other global currencies. When the U.S. dollar goes up, commodities priced in dollars typically go down. It rose to 103.1, just off Thursday’s 19 year high. Higher U.S. interest rates brings a higher dollar. 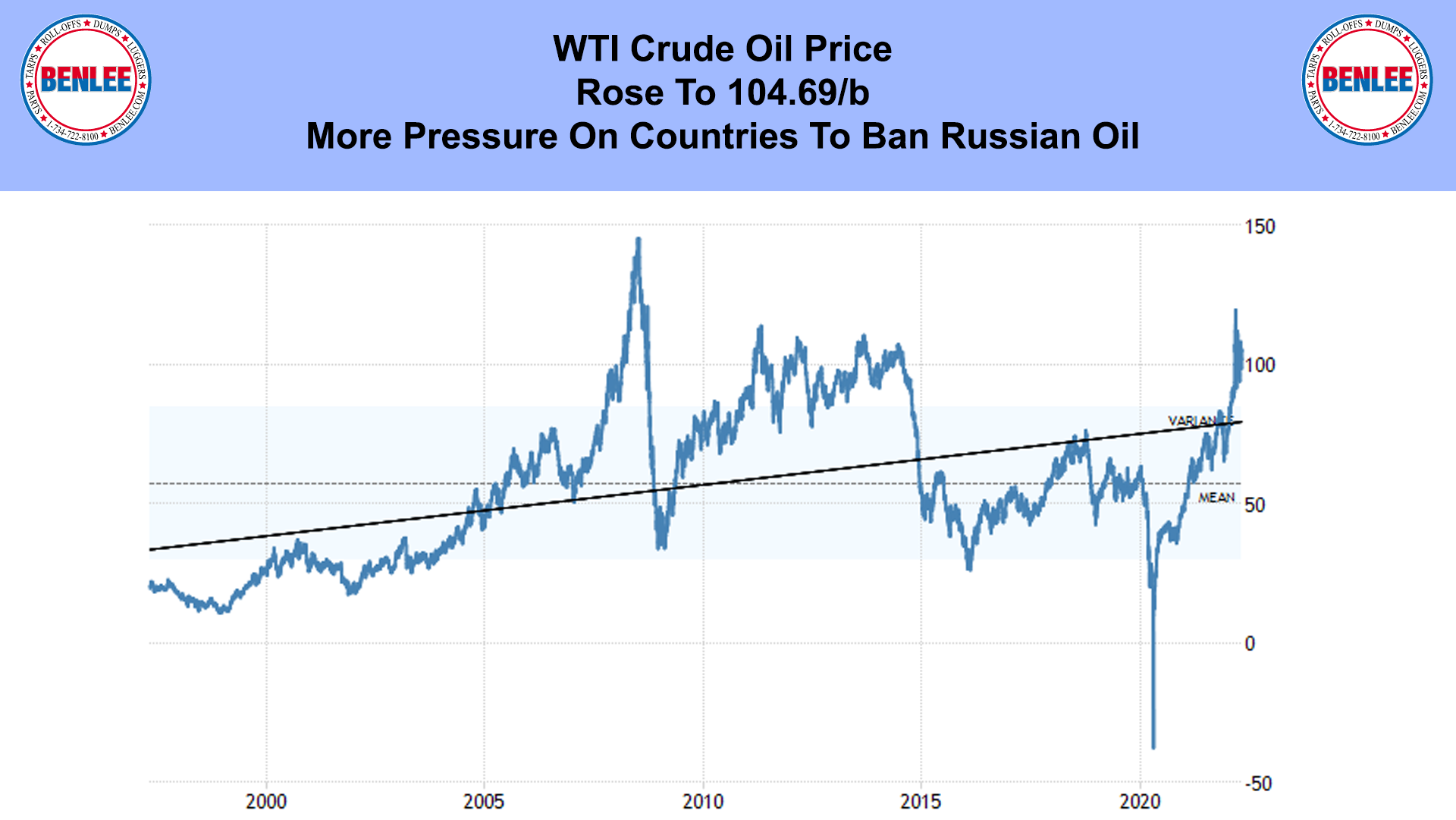 WTI crude oil price rose to $104.69/b. as there is more pressure on countries to ban Russian oil. 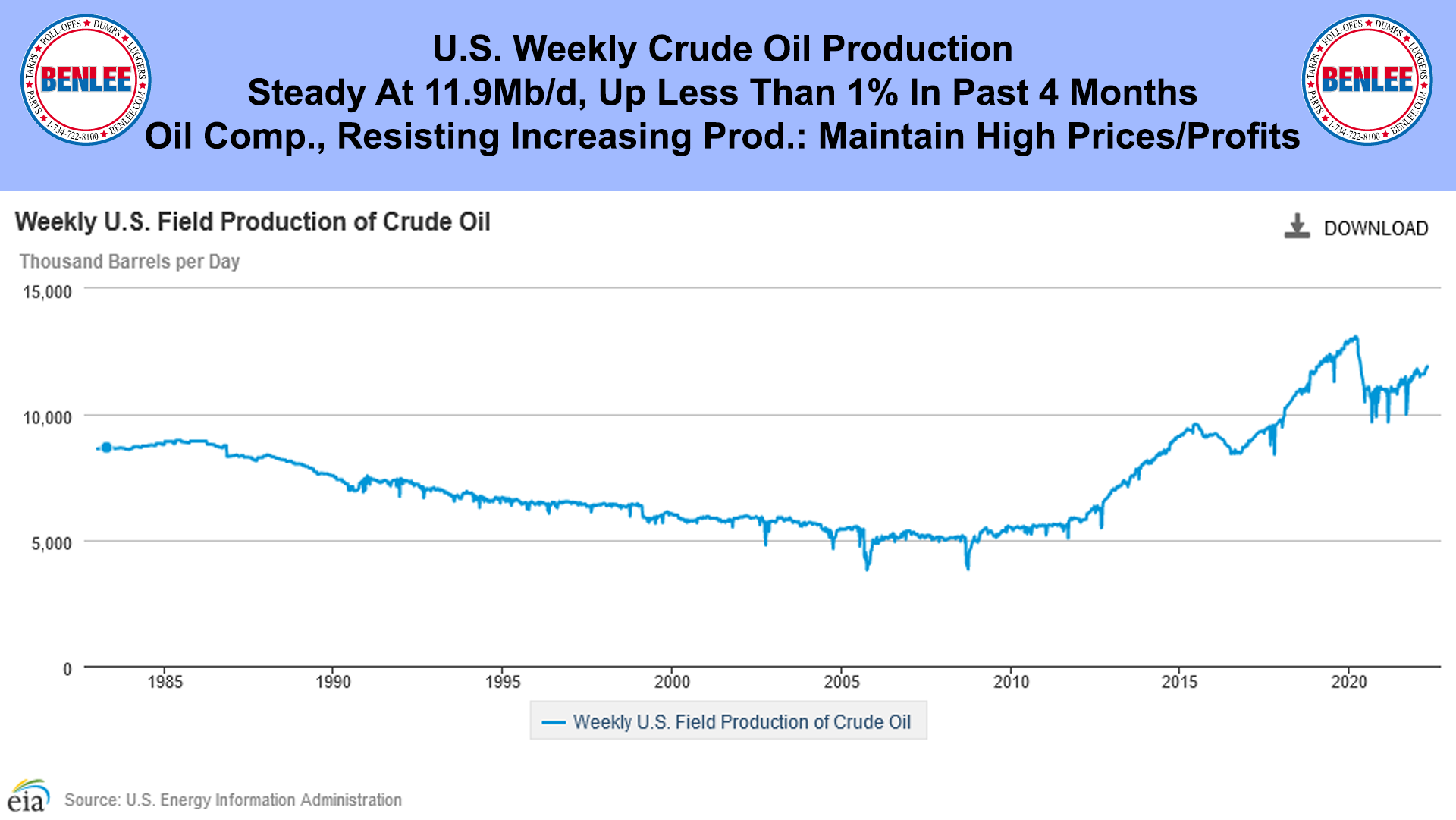 U.S. weekly crude oil production was steady at 11.9Mb/d, up less than 1% in the past 4 months. This is as oil companies are resisting increasing production to maintain higher prices and near record profits. 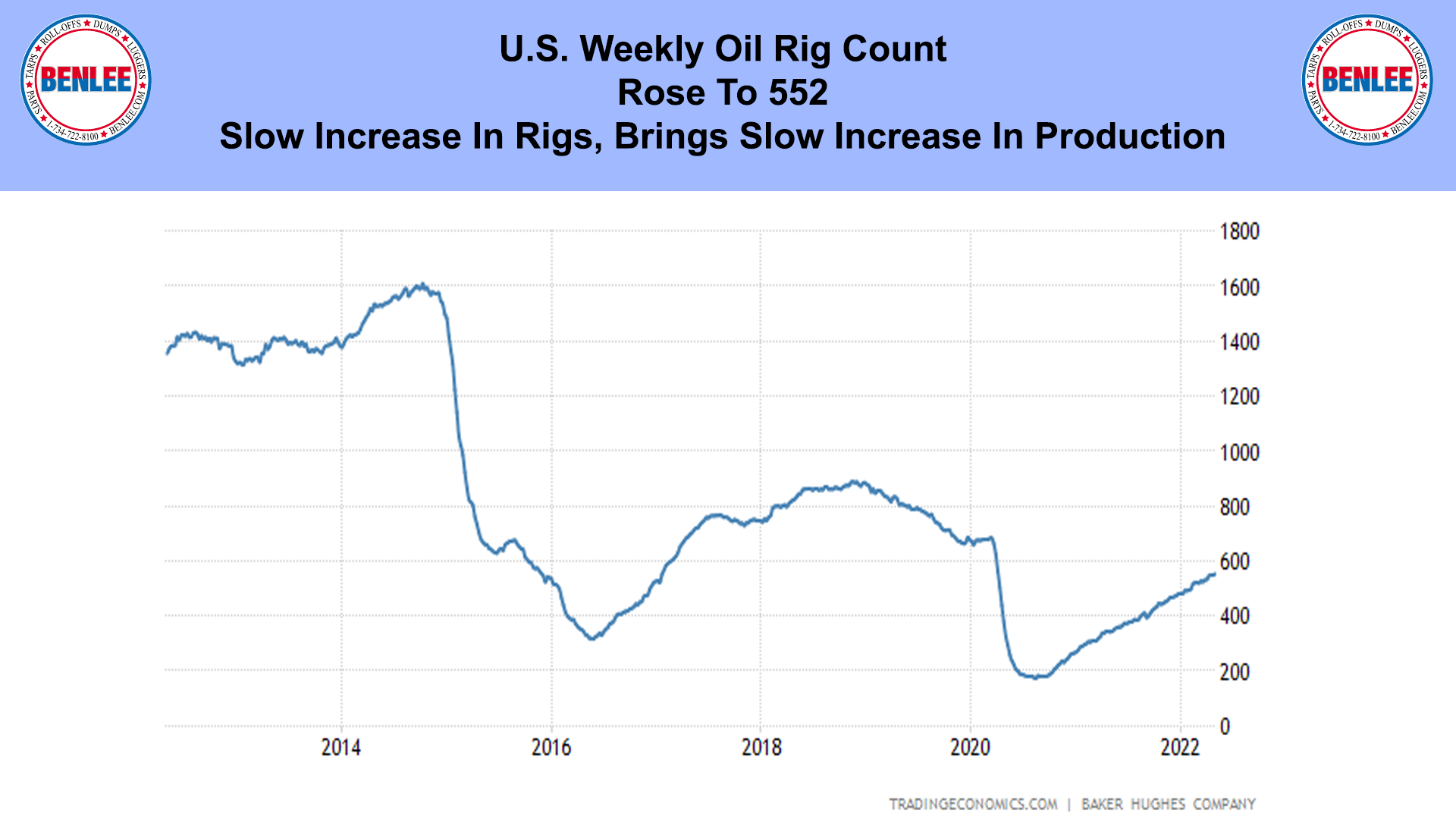 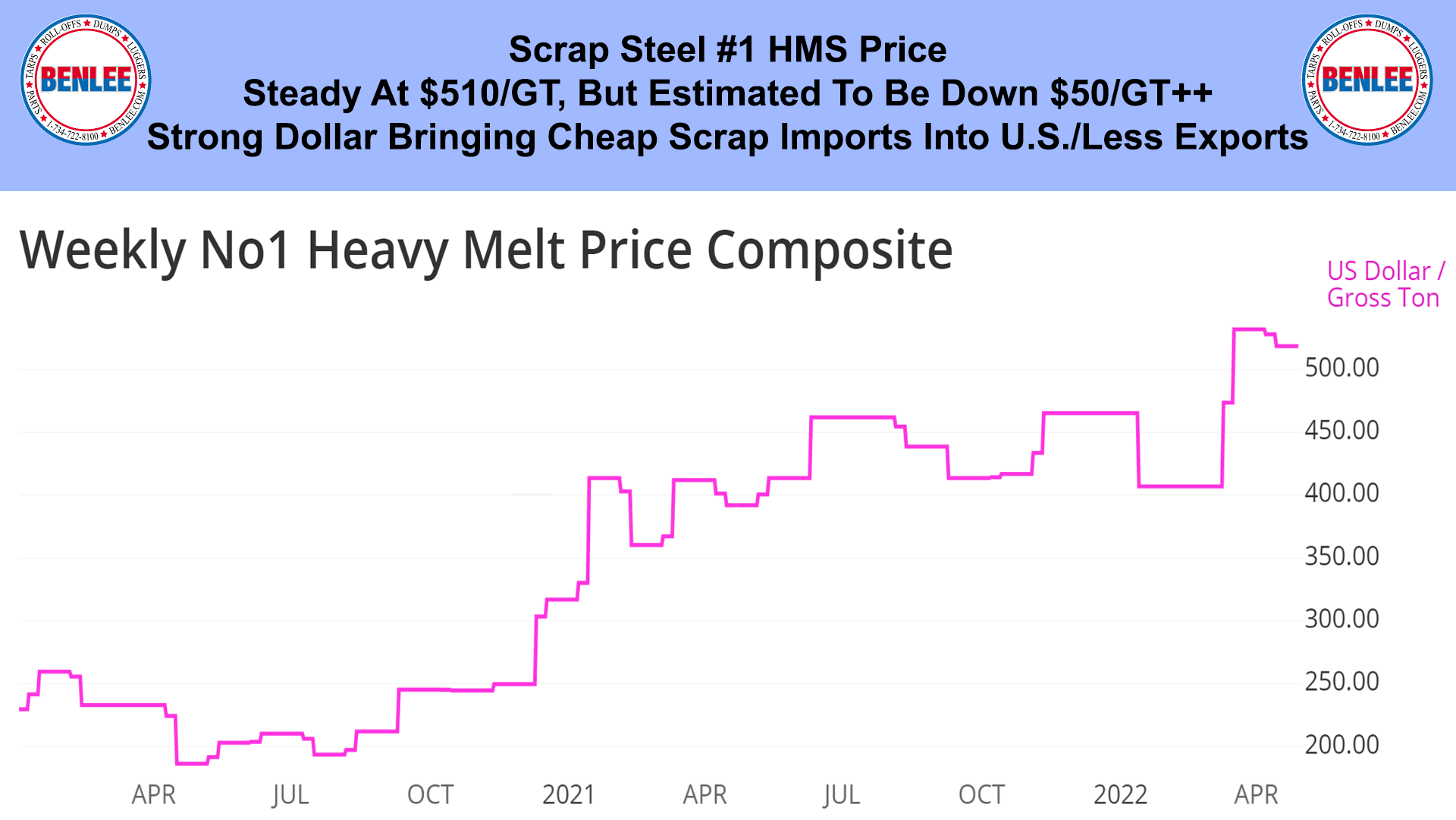 Scrap steel #1 HMS price was steady at $510/GT but estimated to be down $50/GT or more this month. The strong U.S. dollar is bringing cheap scrap imports and less exports. 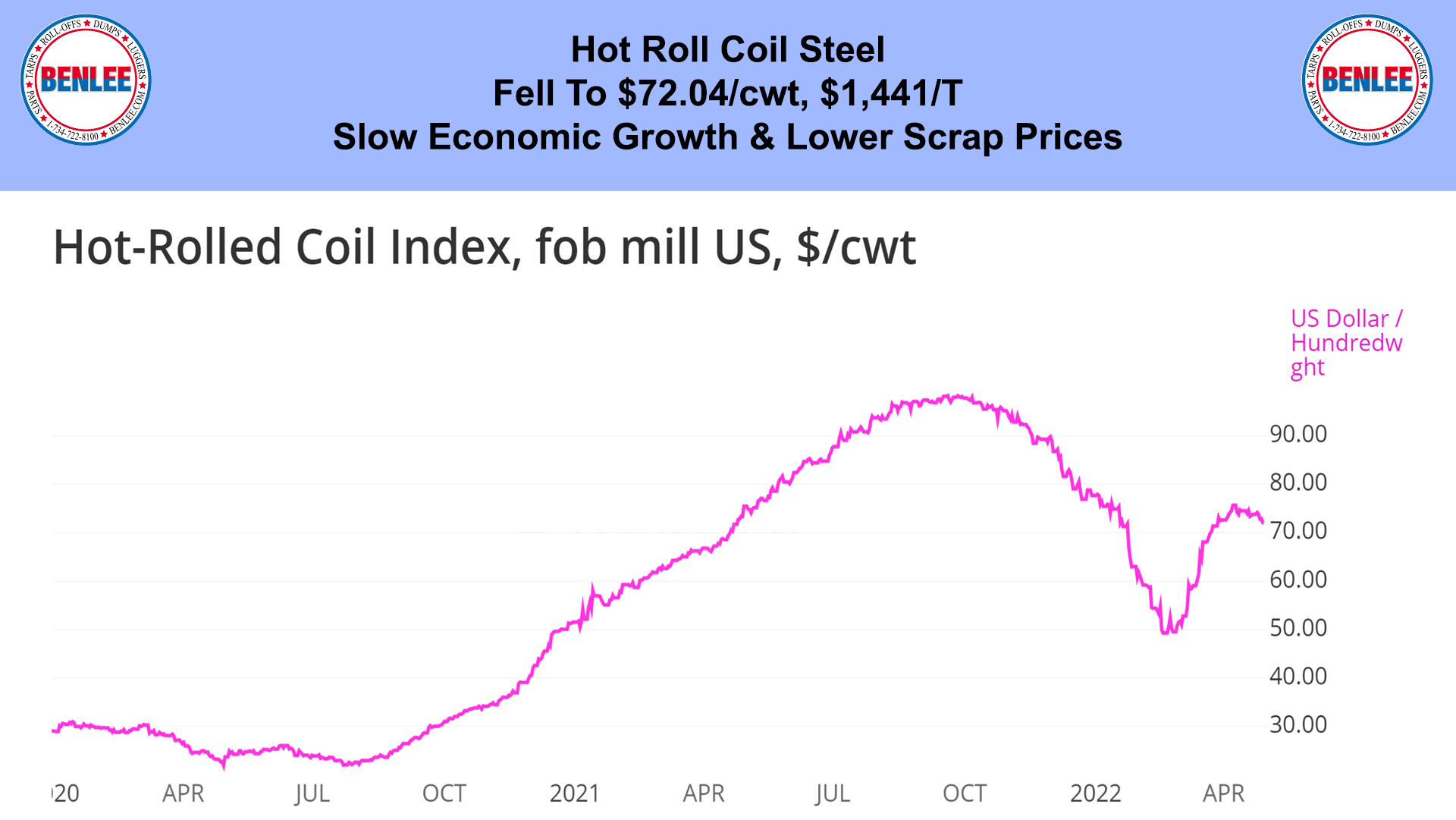 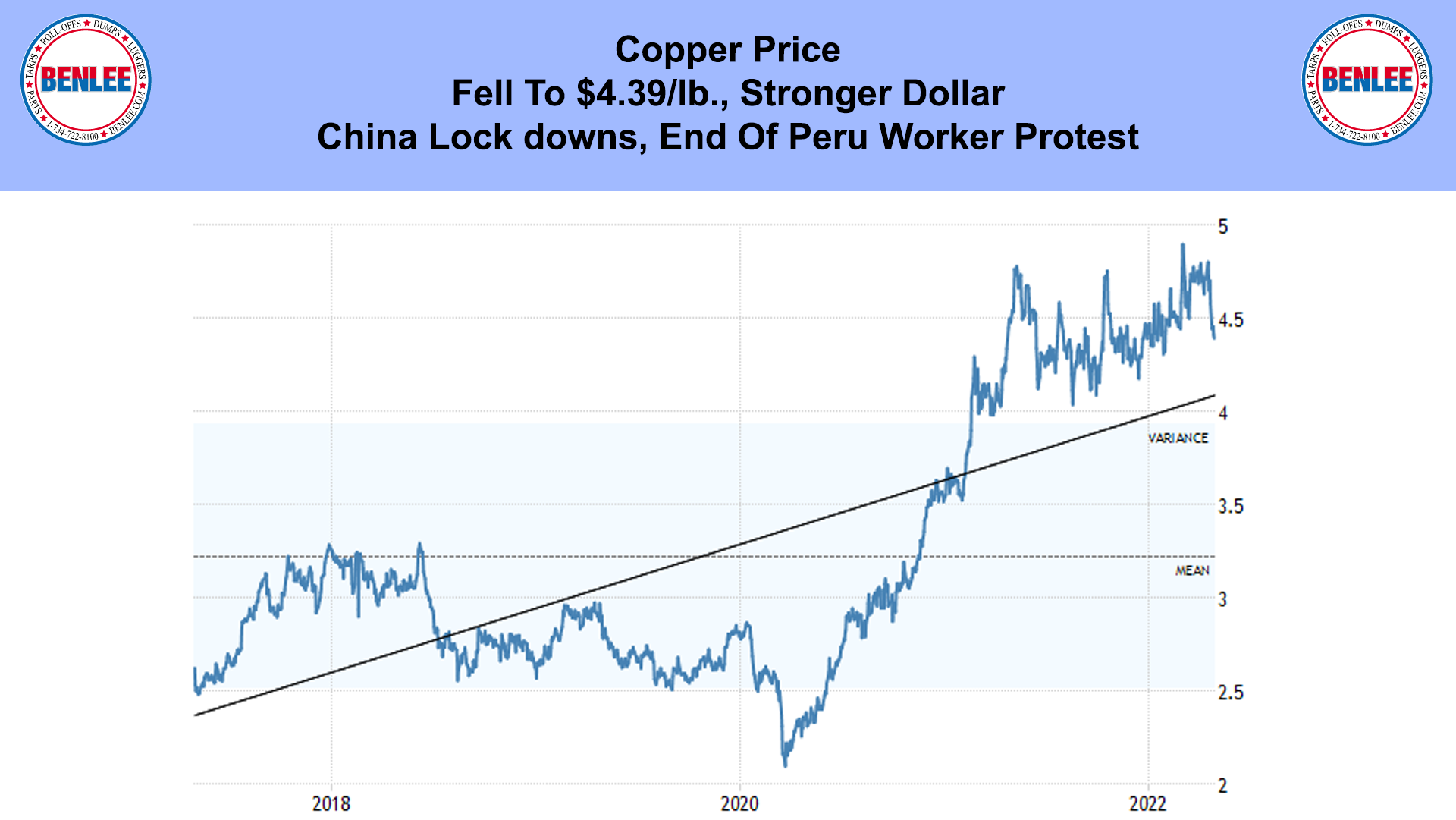 Copper price fell to $4.39/lb. on the stronger U.S. Dollar. Also, on China lockdowns and the end of a Peru worker protest. 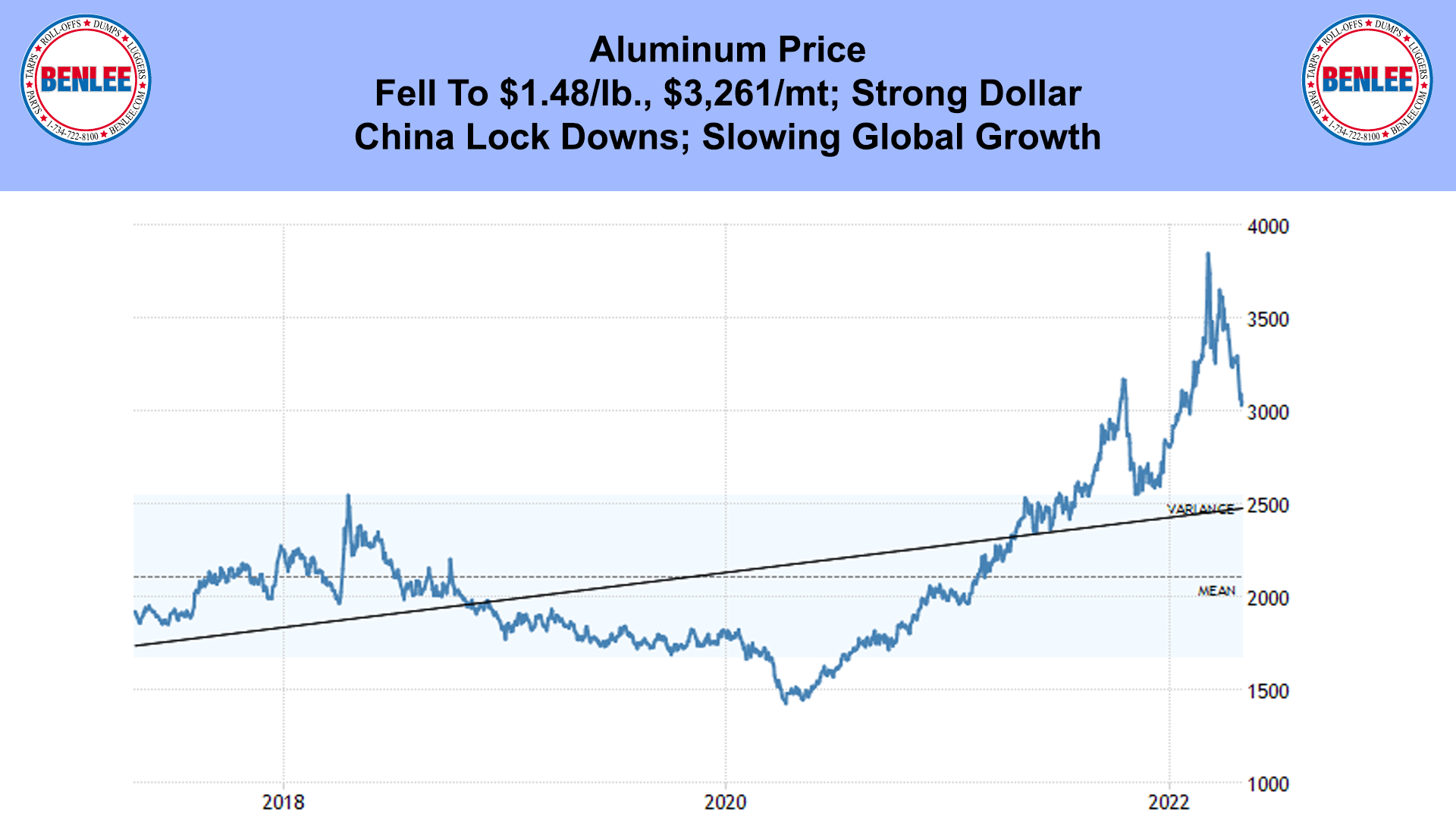 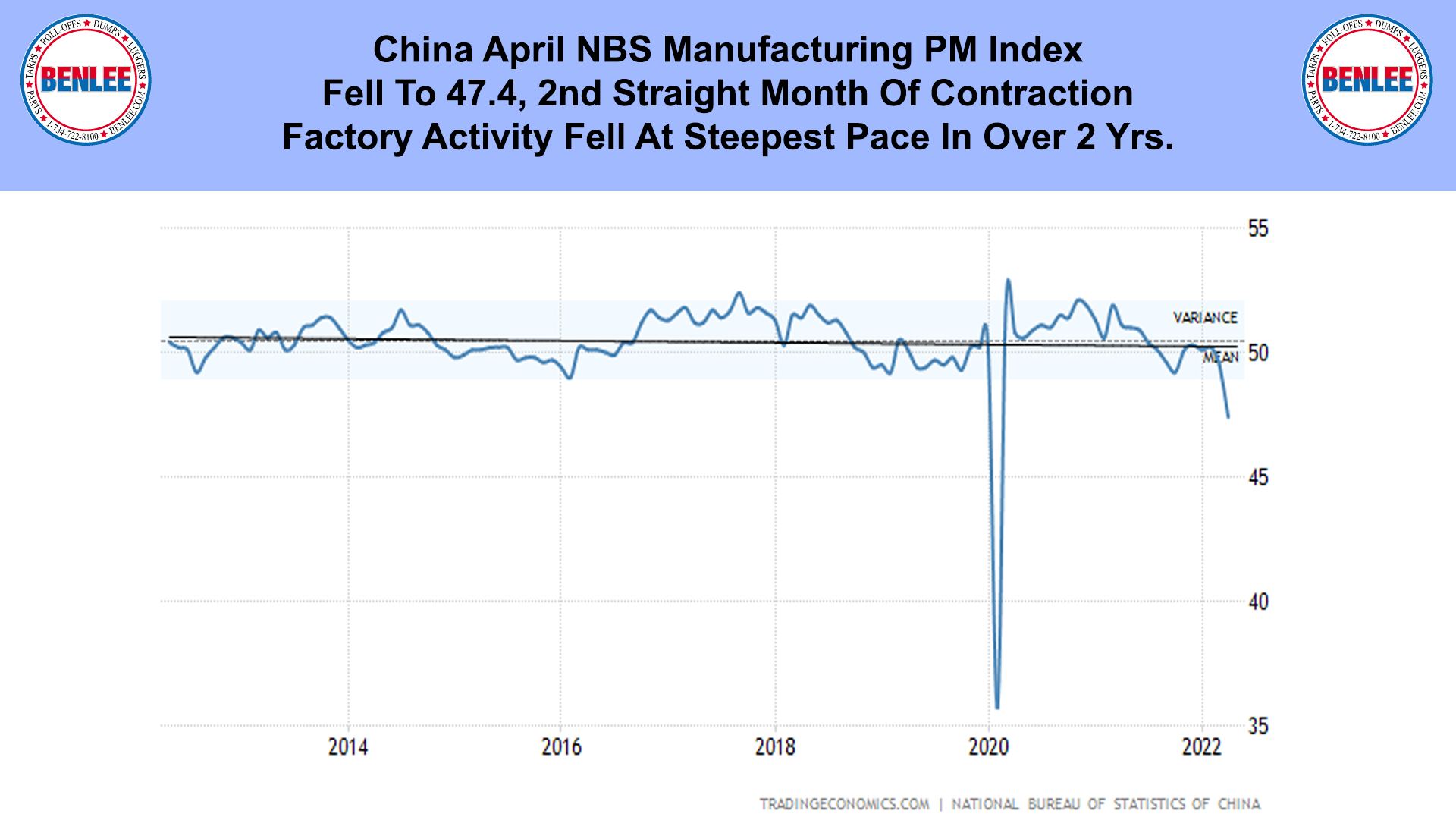 China April NBS manufacturing purchasing manager’s index. It fell to 47.2, the 2nd straight month of contraction. This included factory activity fell at the steepest pace in over 2 years. 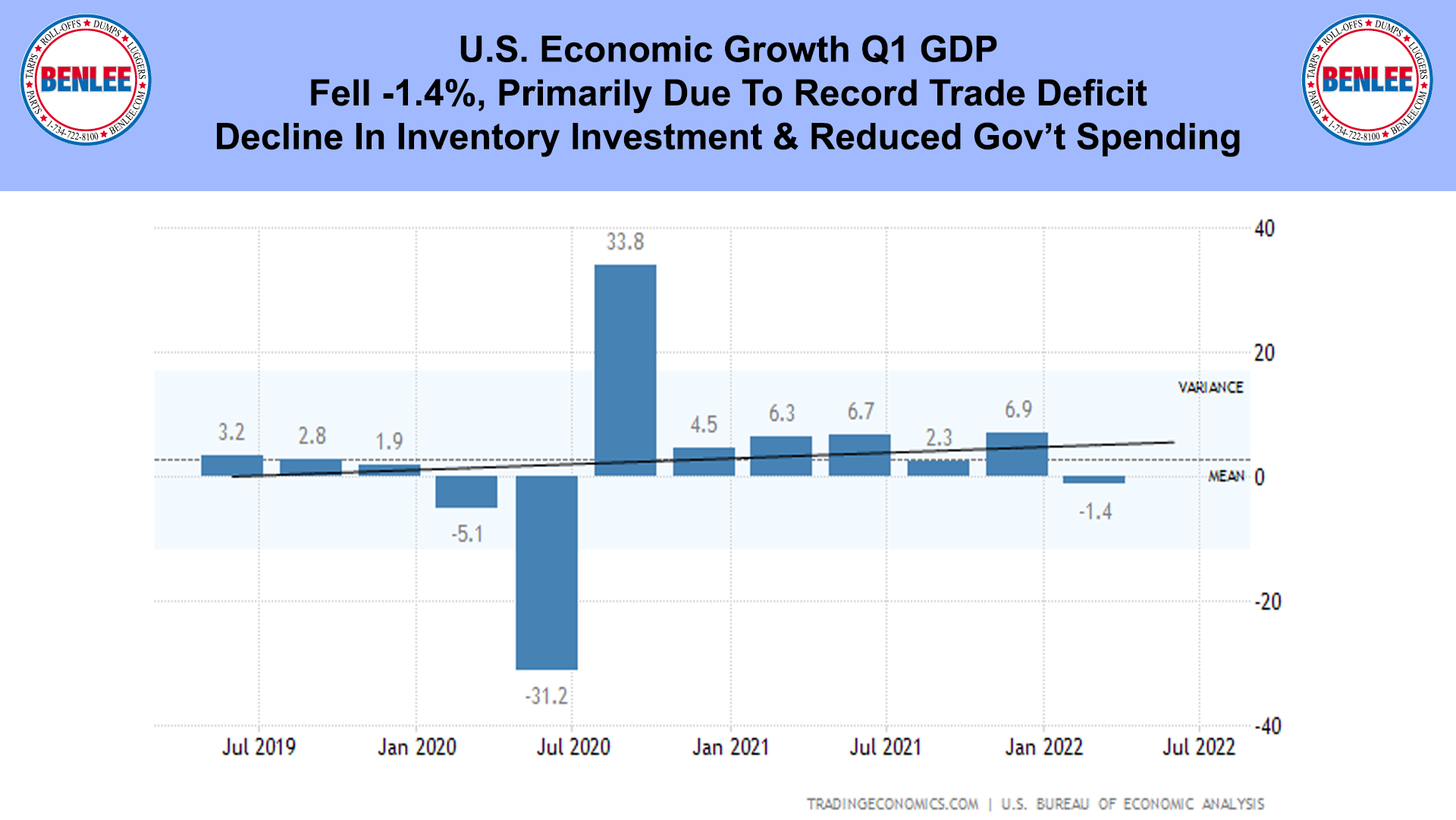 U.S. Economic growth, Q1 GDP fell 1.4%, primarily due to the record trade deficit. Also, there was a decline in inventory investment and reduced government spending. 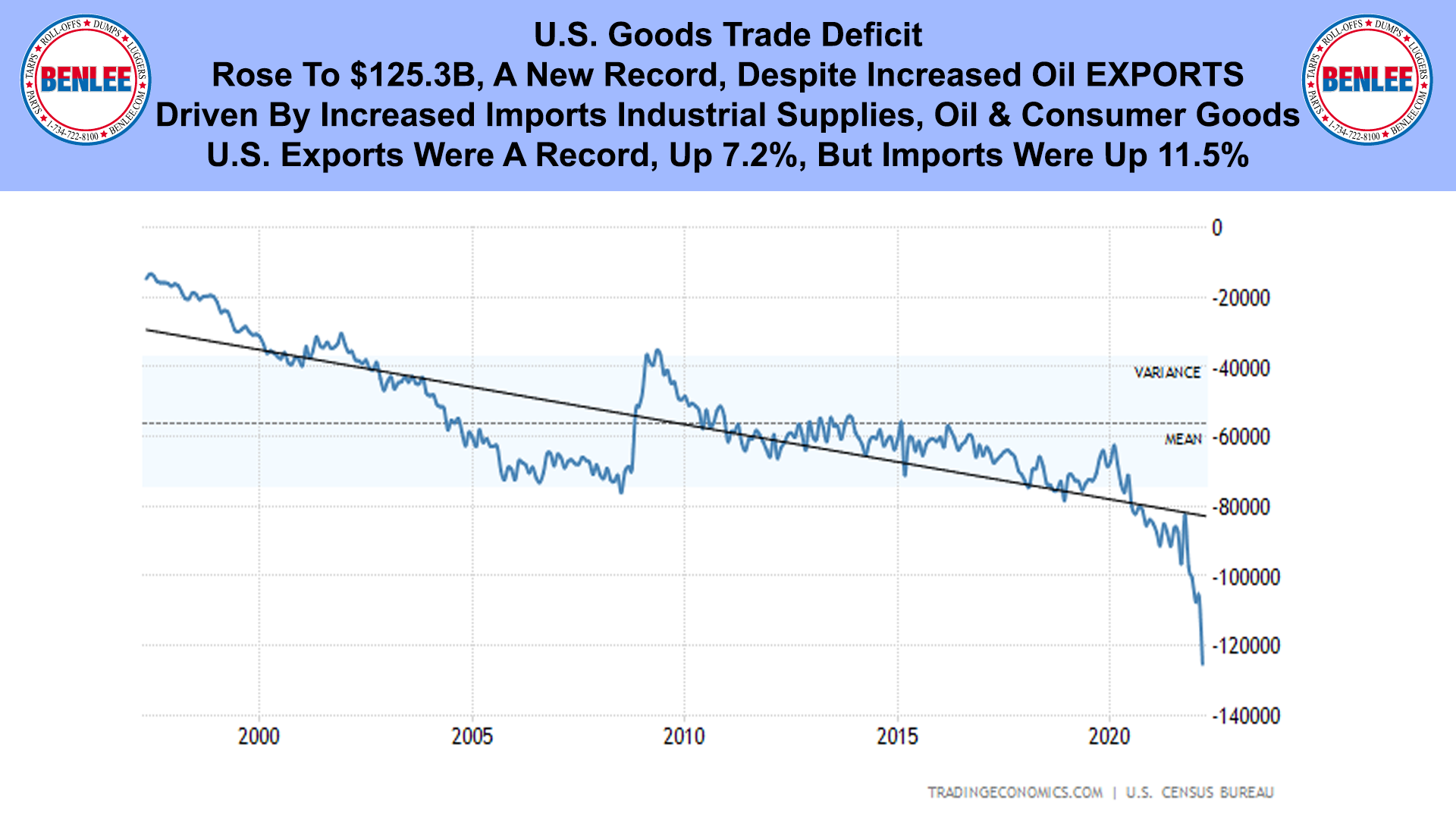 U.S. goods trade deficit rose to a horrific $125.3B, a new record, despite increased oil exports. This was driven by increased imports of industrial supplies, oil, and consumer goods. U.S. exports were a record, up 7.2%, but imports were up 11.5%. 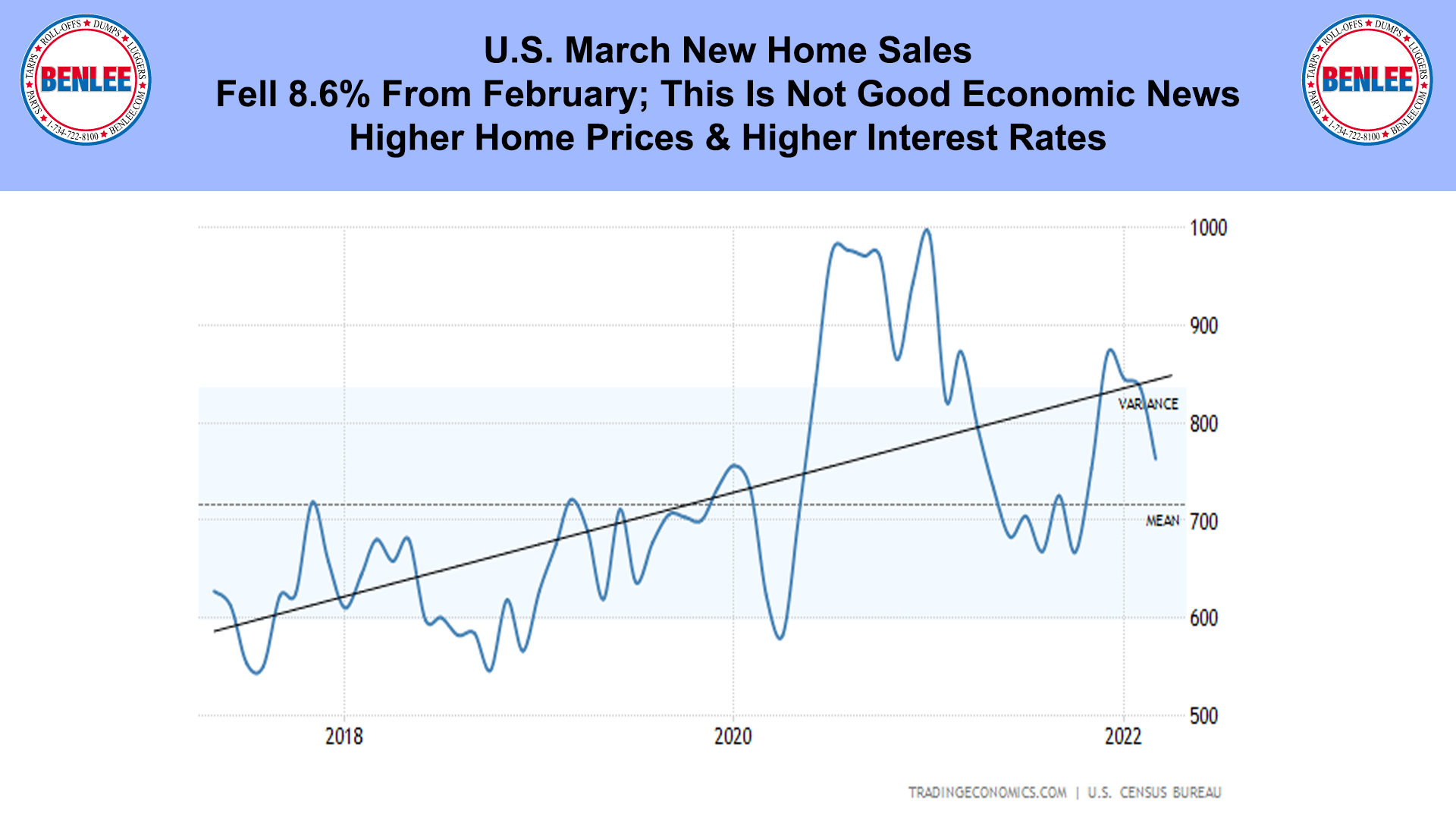 U.S. March new home sales fell 8.6% from February. This is not good economic news. It was caused by higher home prices and higher interest rates. 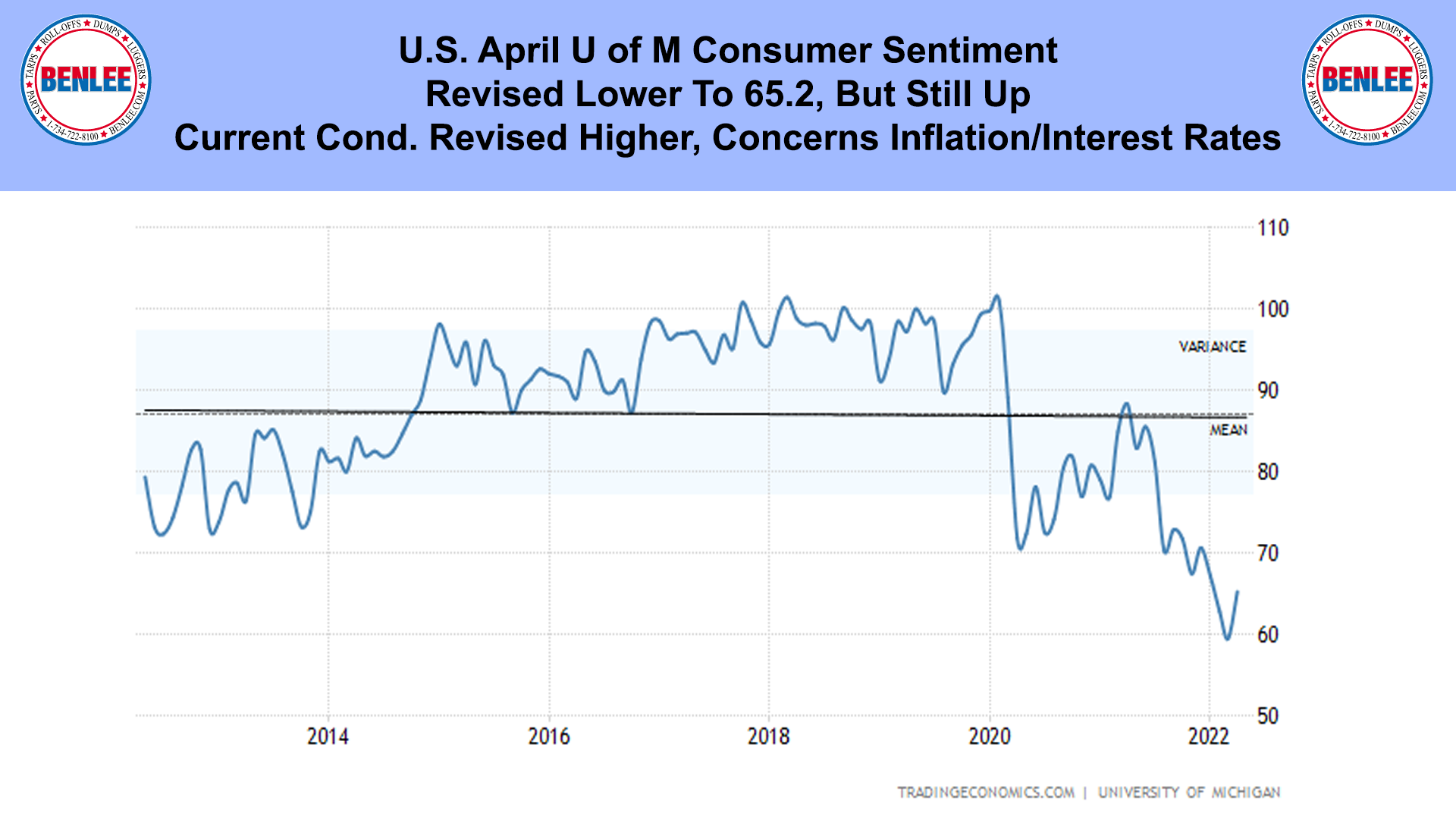 U.S. April U of M consumer sentiment was revised lower to 65.2, but still up over March. Current conditions were revised higher, but concerns over inflation and interest rates remain. 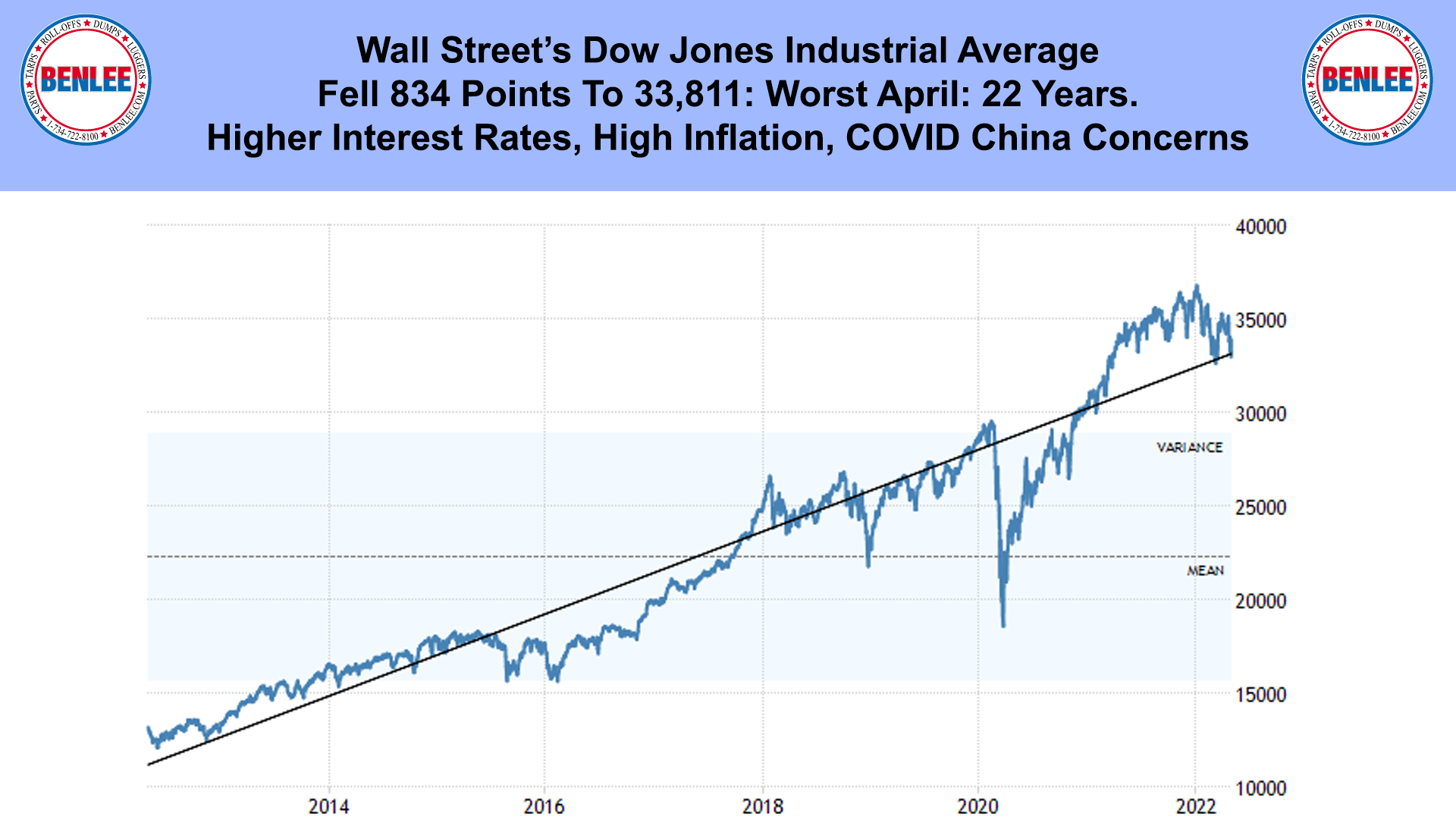 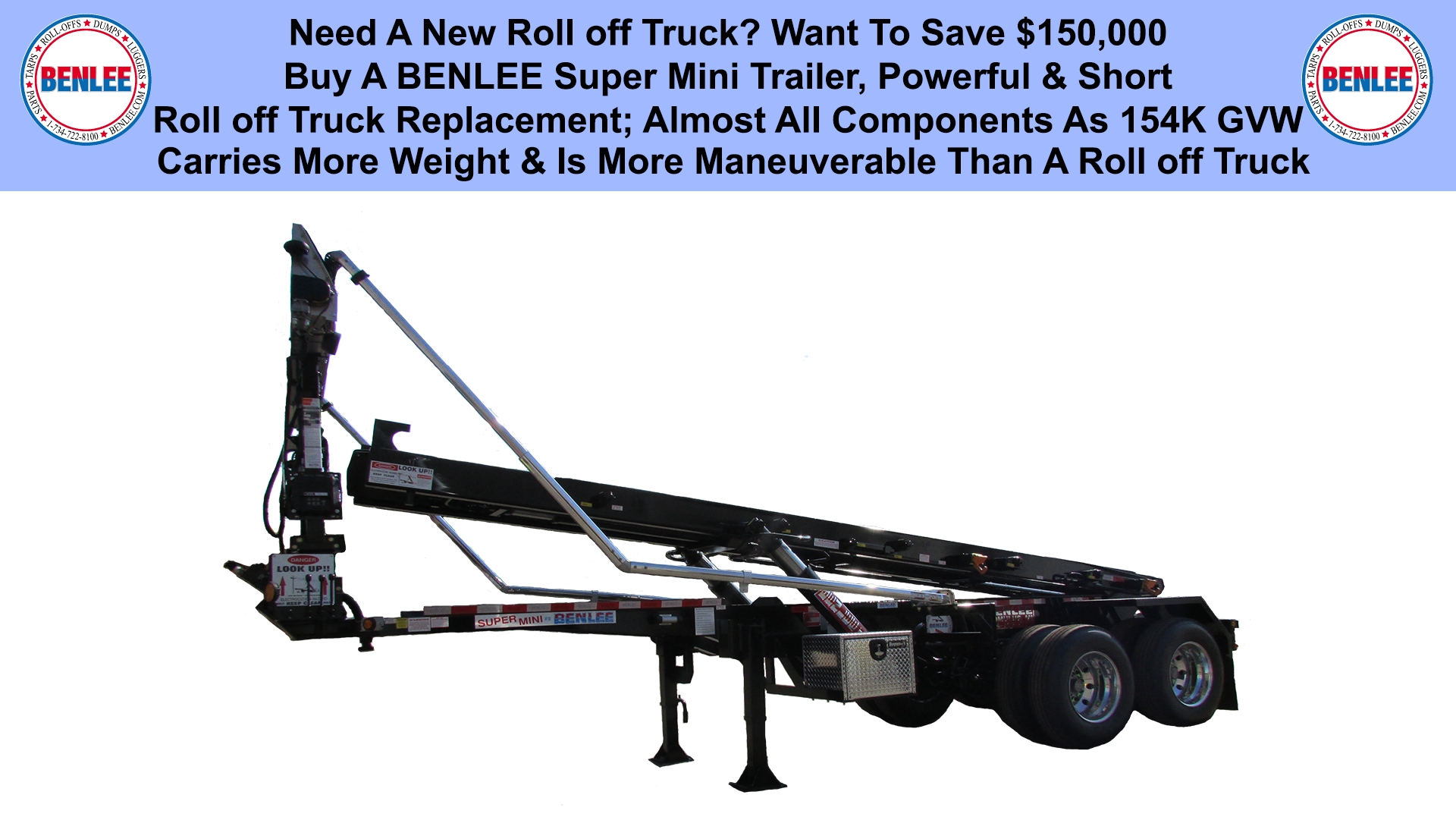 Need a new roll off truck. Want to save $150,000. No kidding. Literally. Buy a BENLEE Super Mini trailer, powerful and short. A true roll off truck replacement with most of the same components as our 154,000 GVW 8 axle Michigan trailers. It carries more and is more maneuverable than a roll off truck. Call us for a quote.