This is the Global Economic, Commodities, Scrap Metal and Recycling Report, by our BENLEE Roll off Trailer and Gondola Trailer, January 11th, 2021. 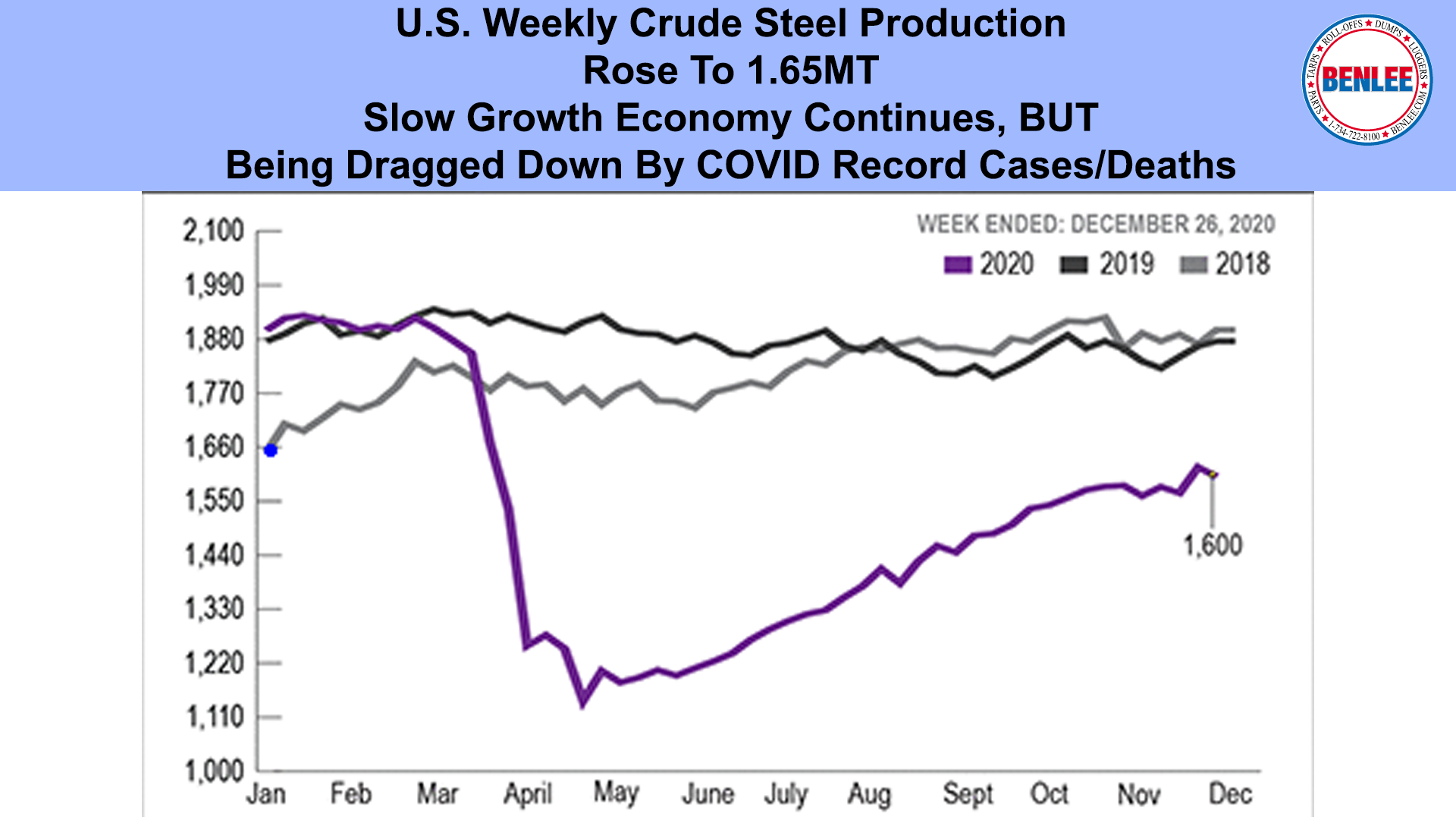 U.S. Weekly crude steel production rose to 1.65MT, as the slow growth economy continues, but it is being dragged down by COVID record cases and Deaths. 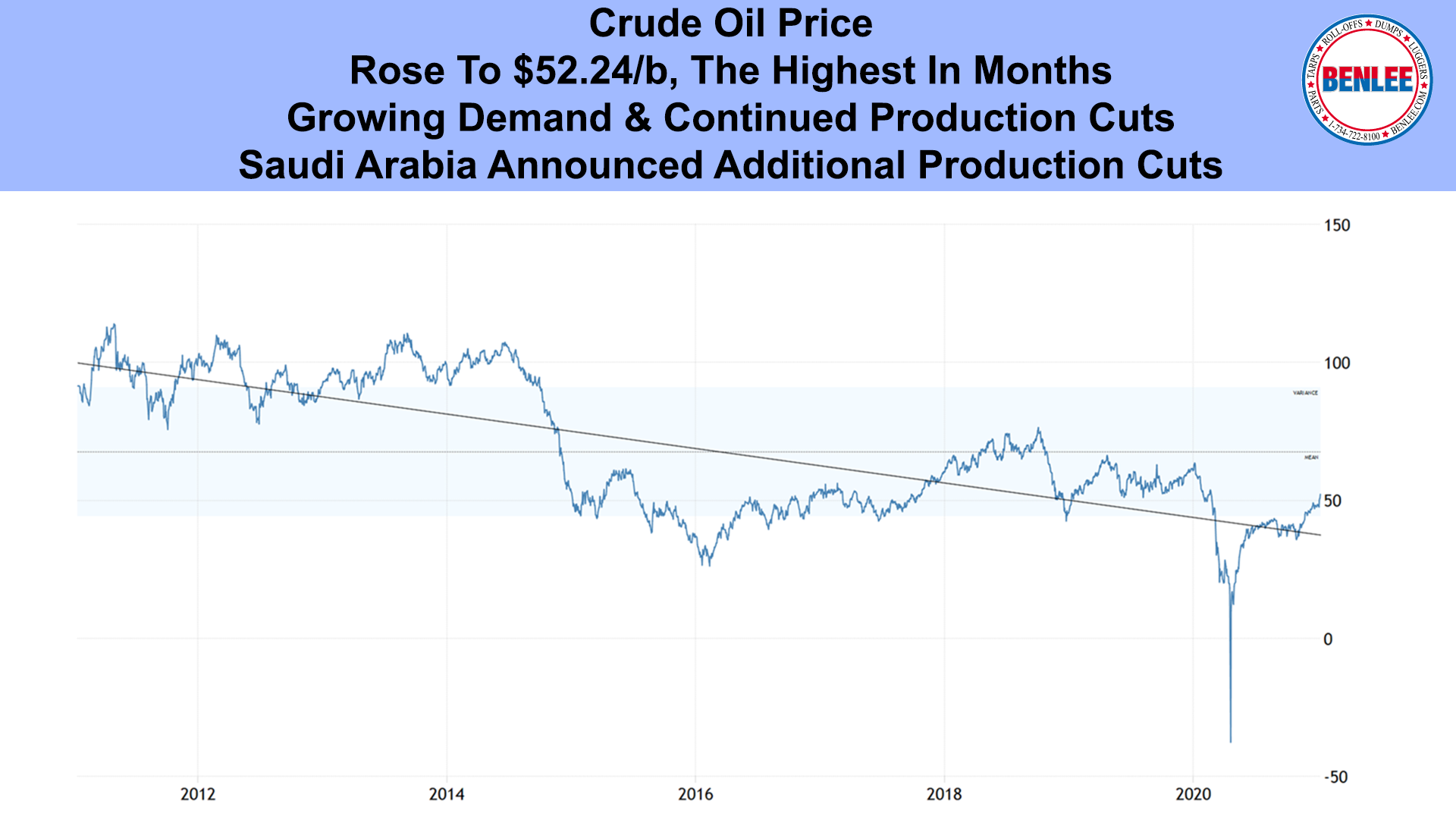 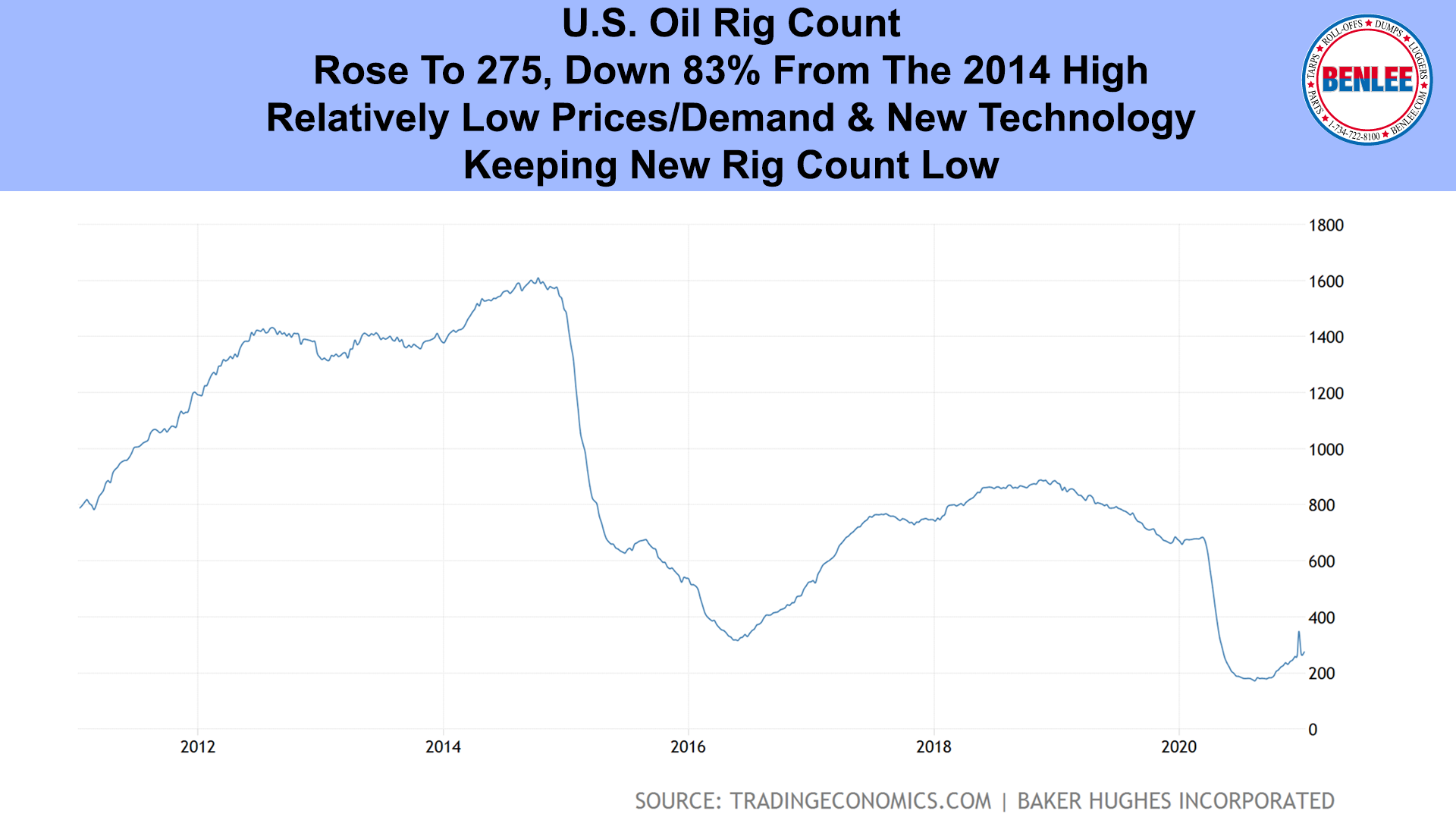 The U.S. weekly Oil rig count rose to 275, down 83% from the 2014 high. Relatively low prices and low demand as well as new technology are keeping the new rig count low. 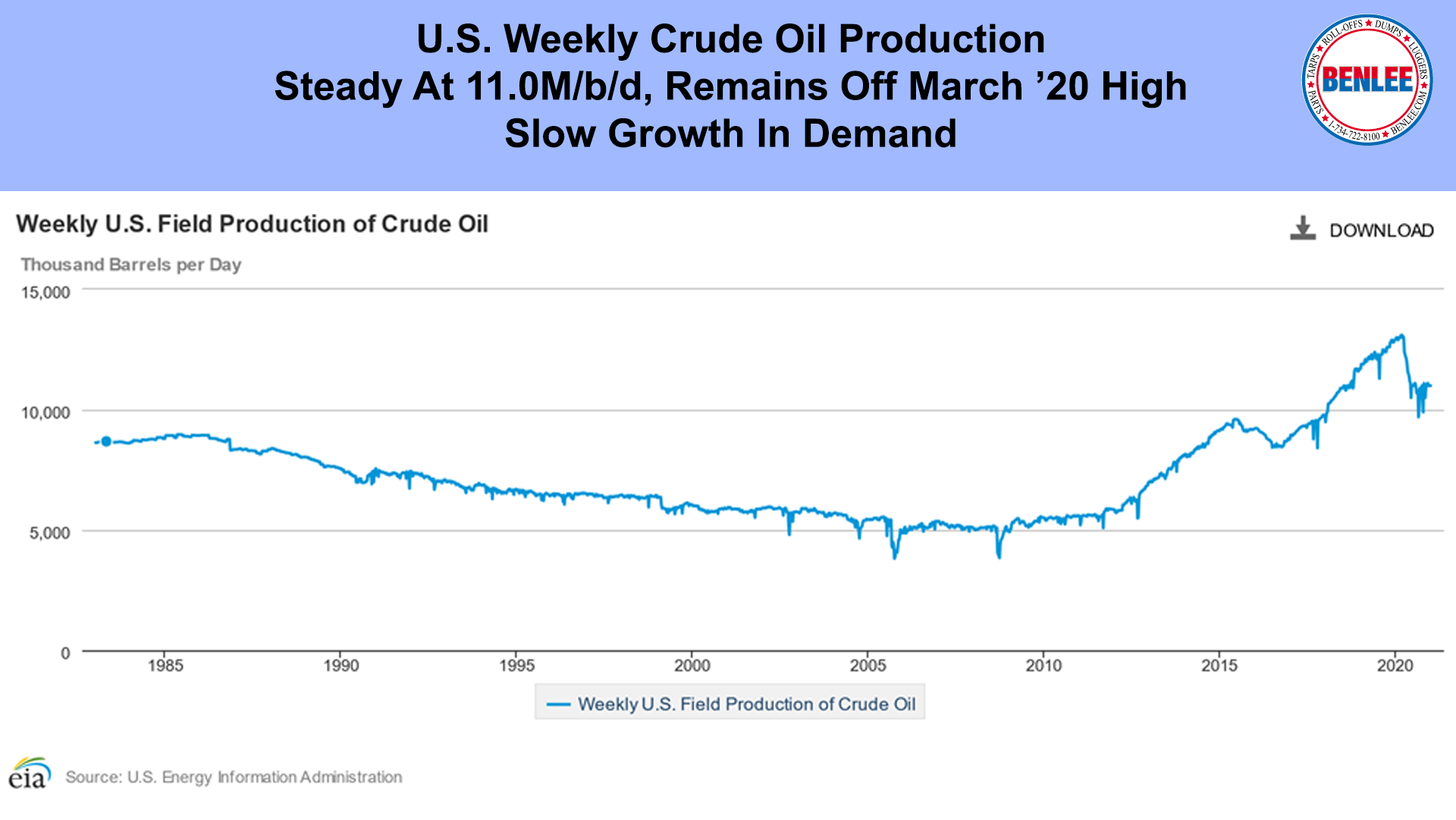 U.S. weekly crude oil production was steady at 11.0 M/b/d, and remains off the March 2020 high, as there remains a slow growth in demand. 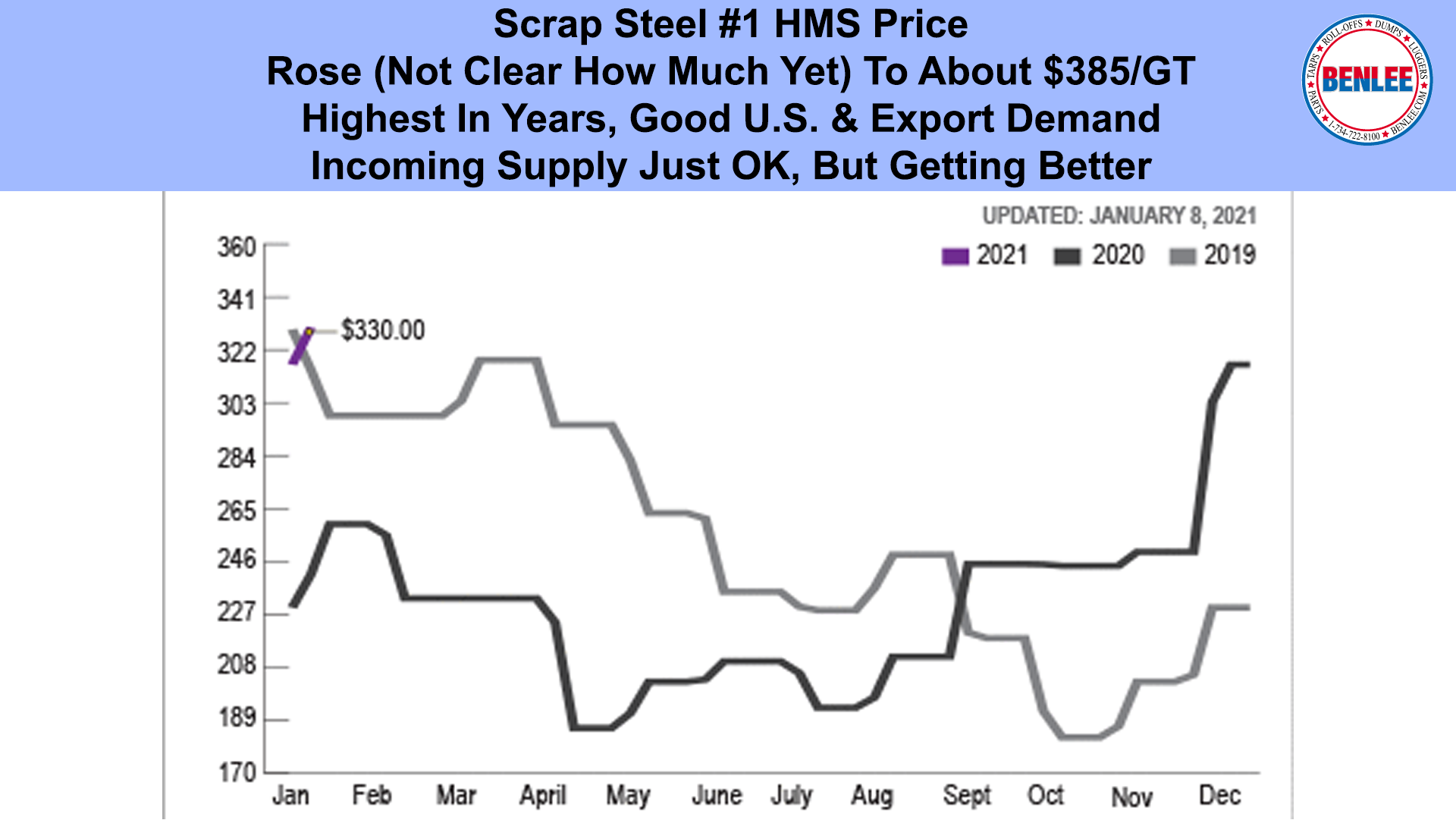 Scrap steel #1 HMS rose but not clear how much yet, to about $385/GT, the highest in years, on good U.S. and export demand. Incoming supply is just OK, but getting better. 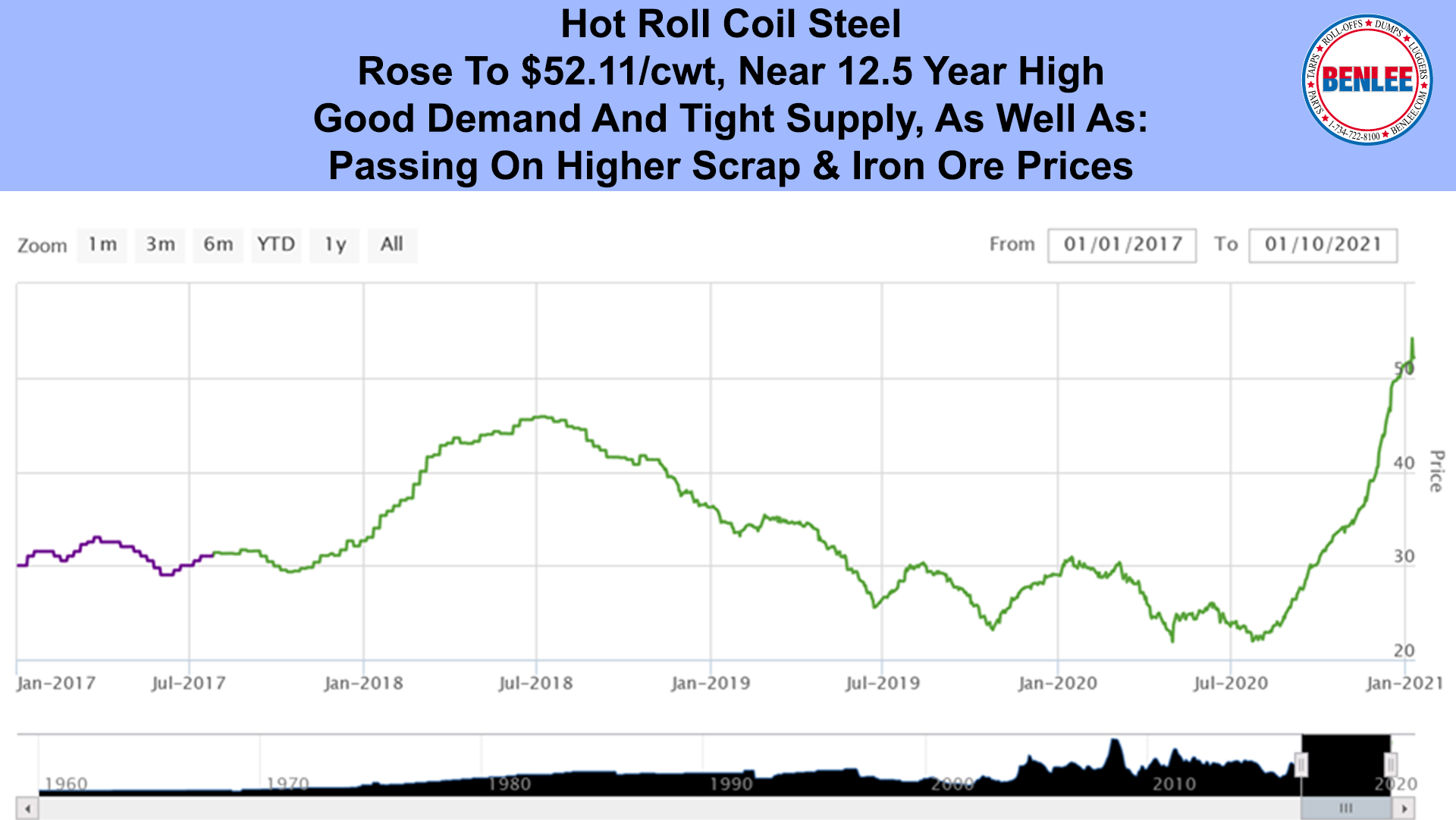 Hot roll coil steel rose to $52.11/cwt, near a 12.5 year high on good demand and tight supply, as well as passing on higher scrap and iron ore prices. 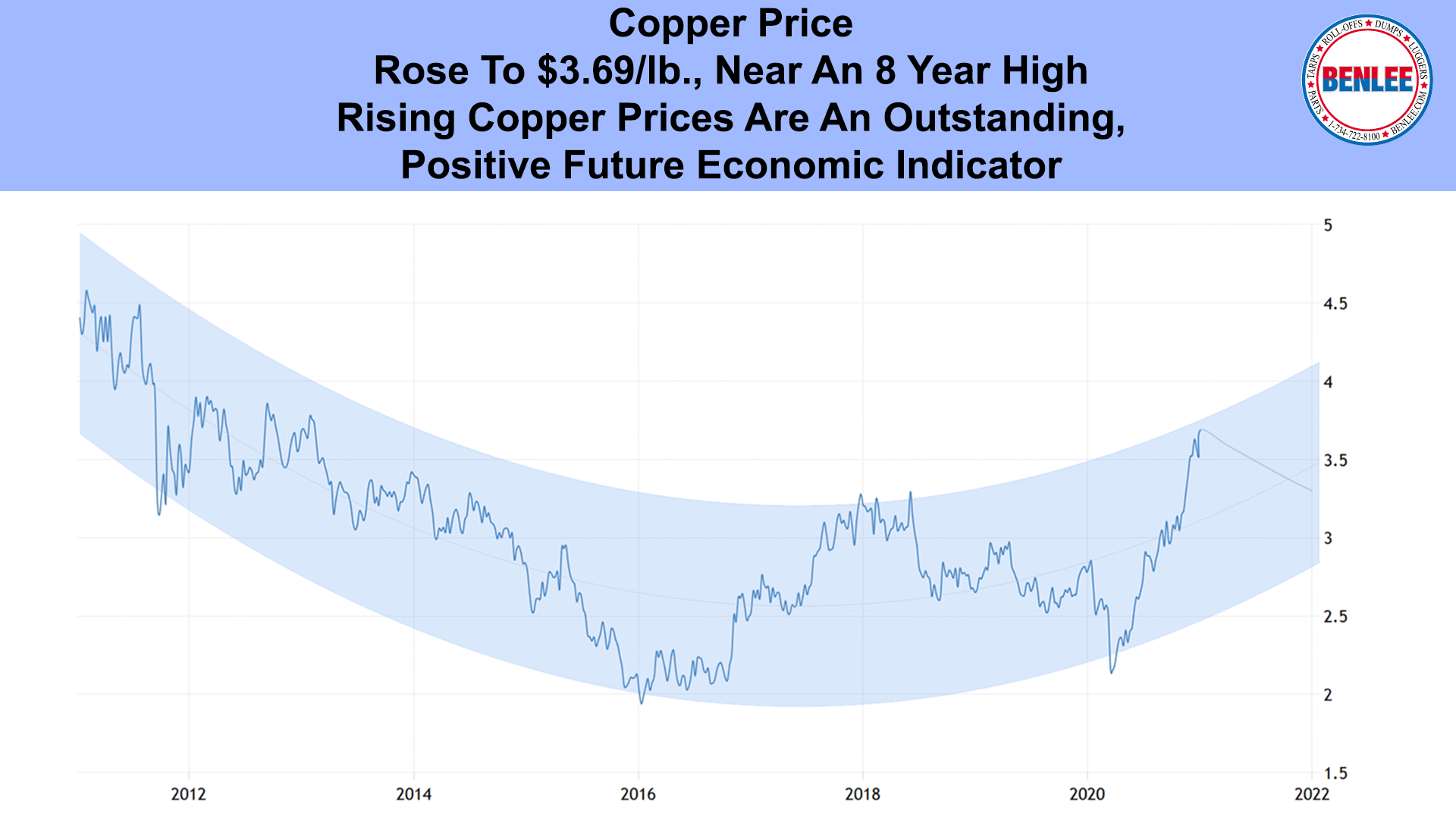 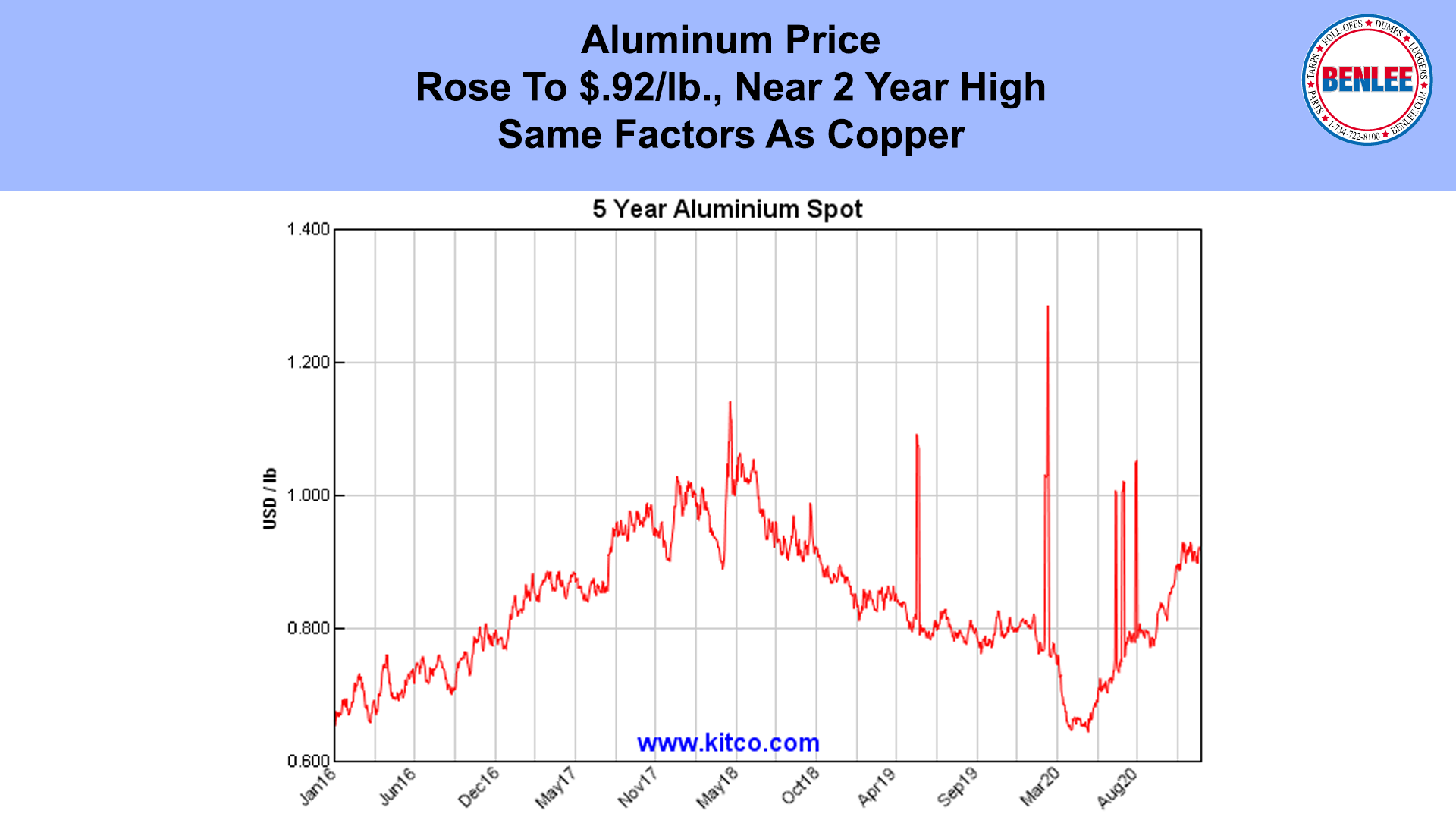 Aluminum price rose to 92 cents a pound near a 2 year high on the same factors as copper. 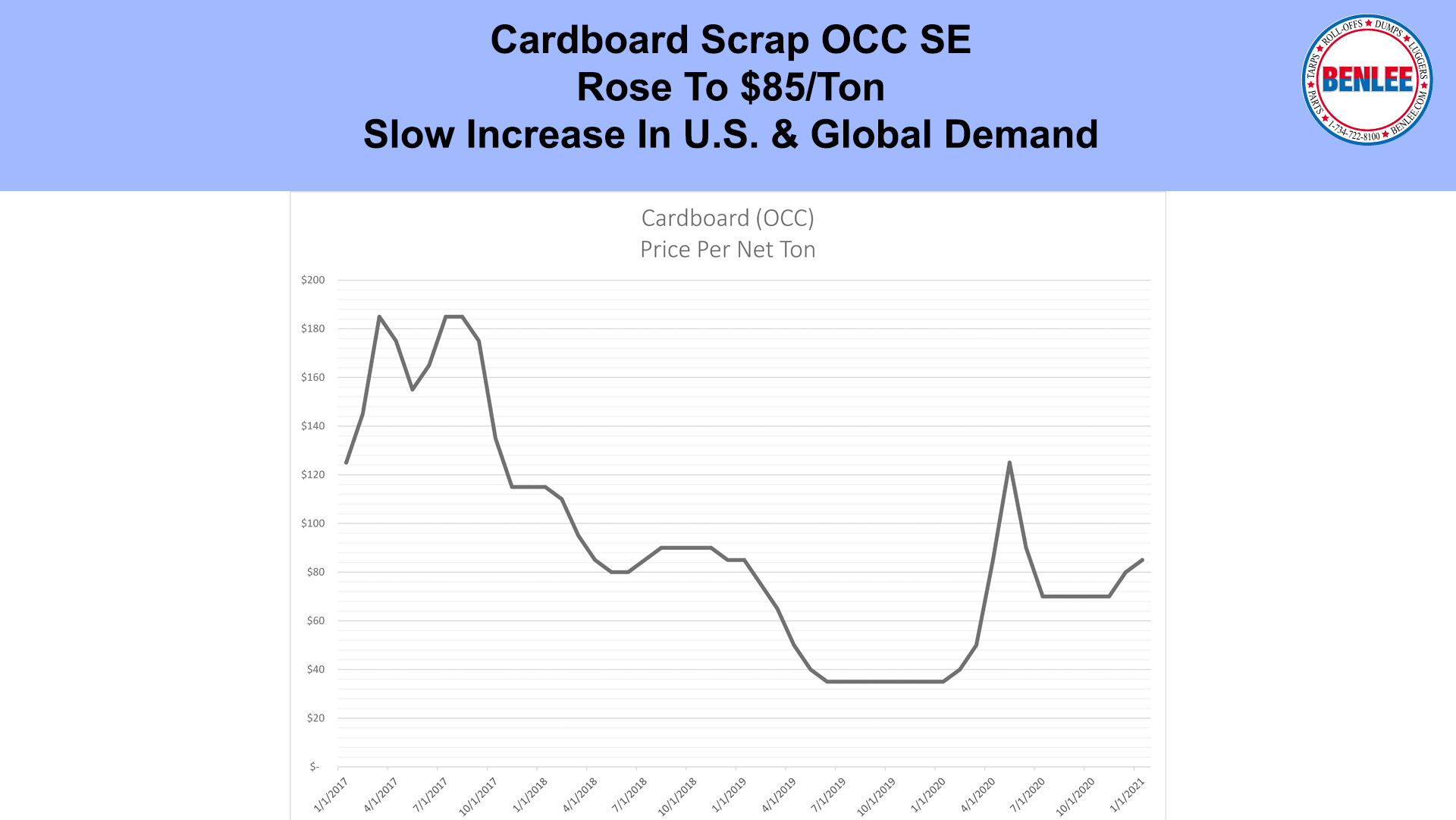 Cardboard scrap OCC SE rose to $85/ton on the slow increase in U.S. and global demand. 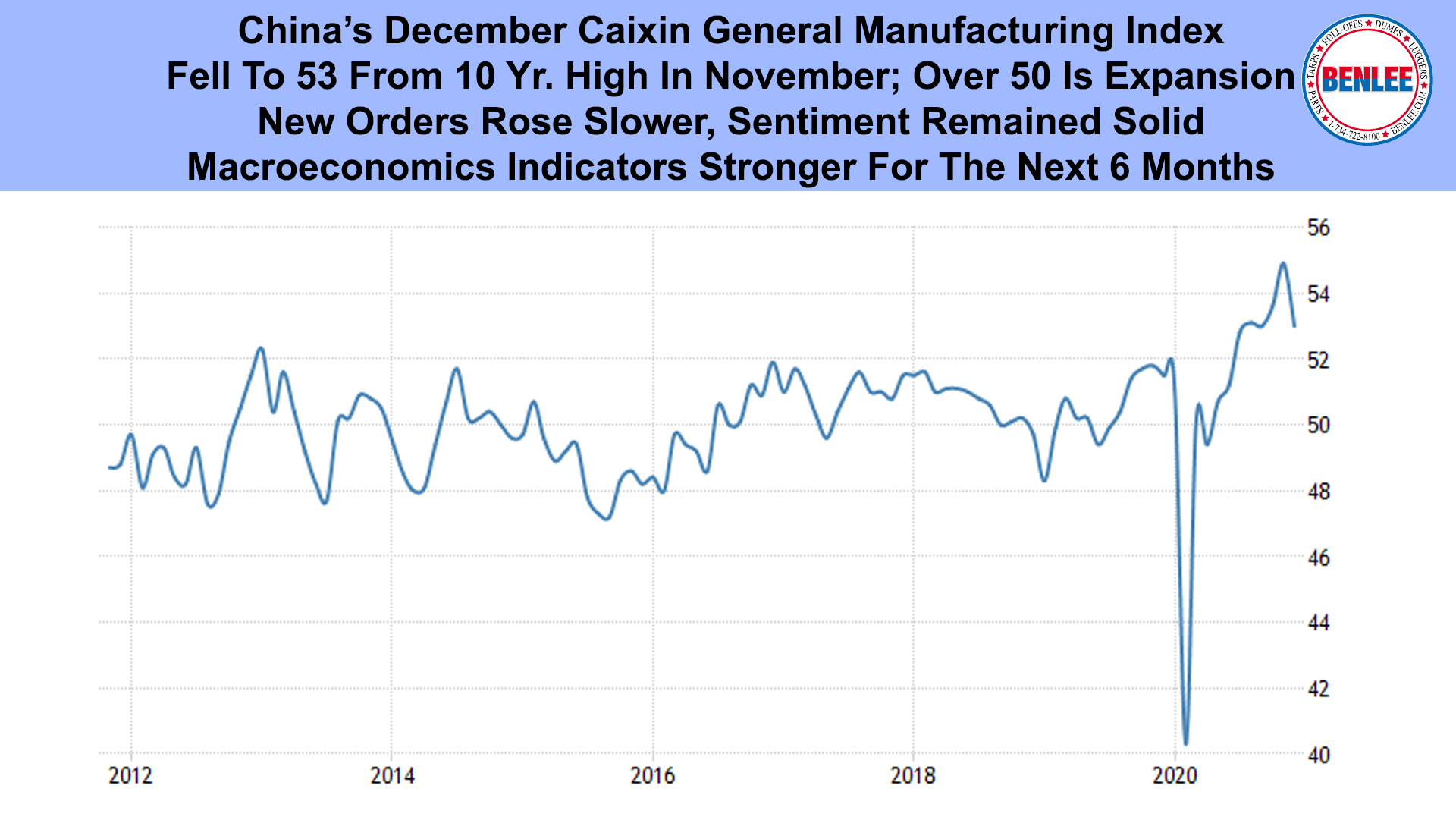 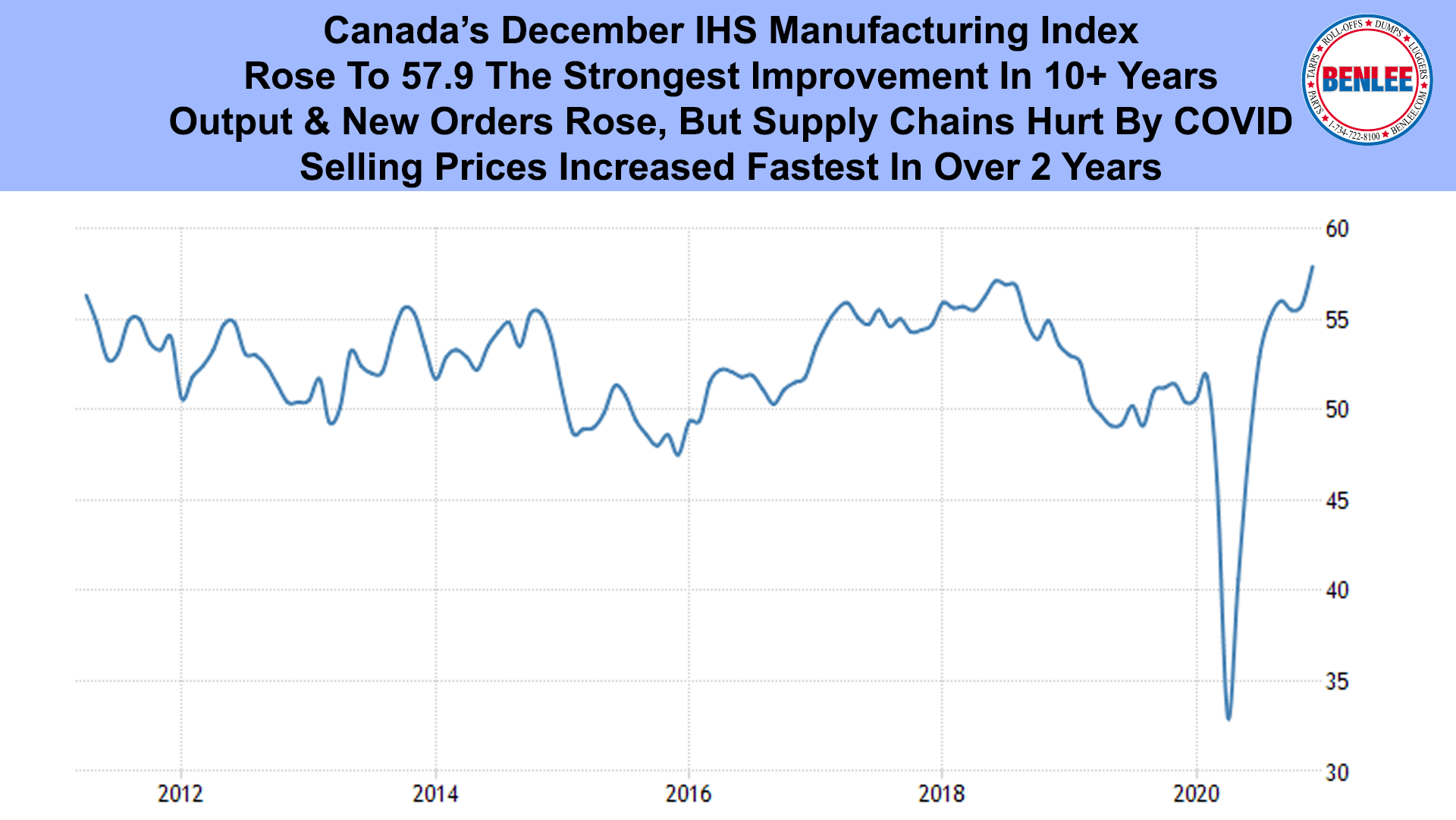 Canada’s December IHS Manufacturing index rose to 57.9 the strongest improvement in 10+ Years, as output and new orders rose, but supply chains were hurt by COVID. Selling prices increased the fastest in over 2 years. 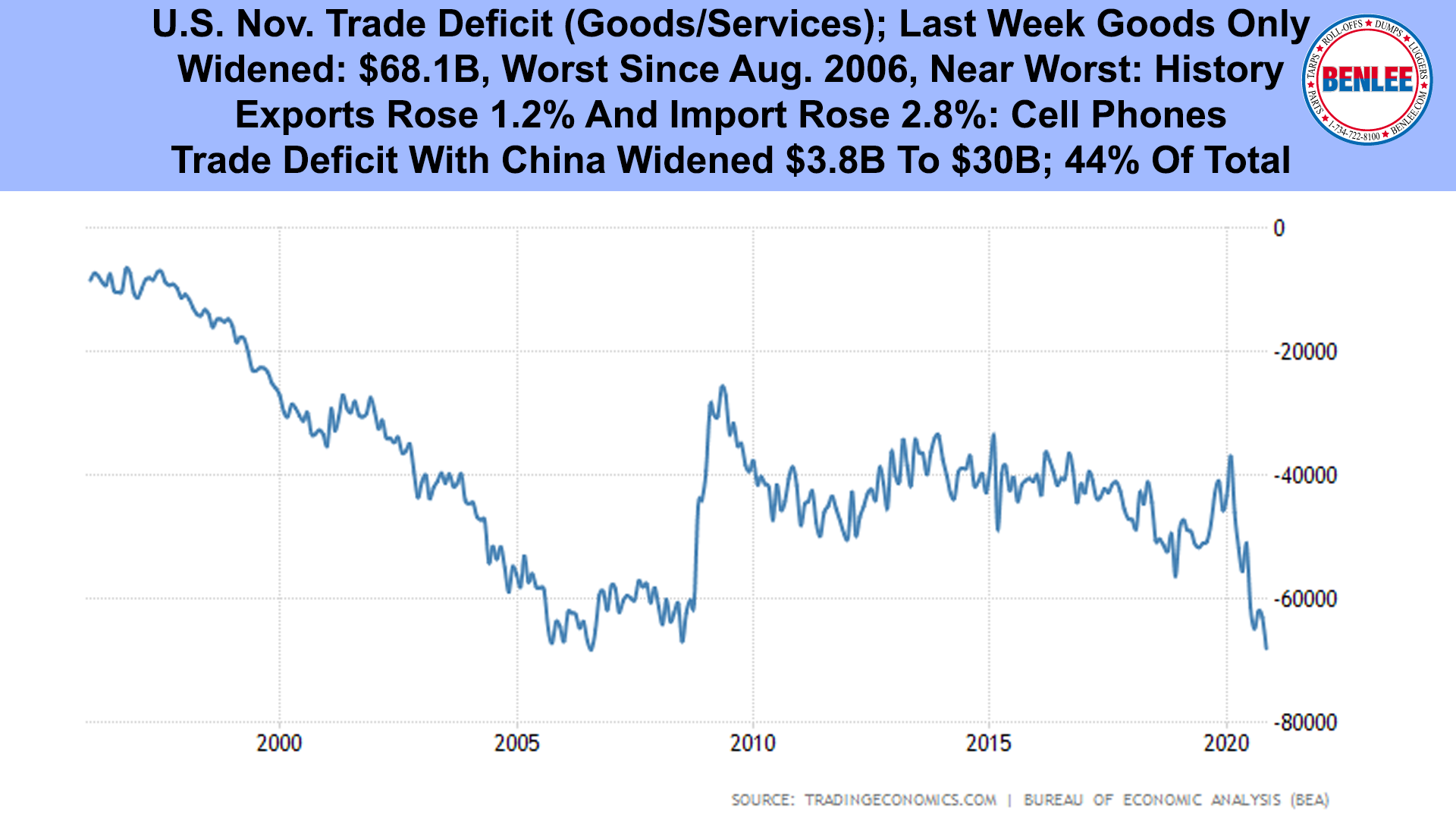 The U.S, November trade deficit of goods and services. Note last week we showed Goods only. It widened to $68.1B, the worst since August 2006, making it near the worst in history. Exports rose 1.2% and imports grew 2.8% with cell phones being the biggest driver. The trade deficit with China widened $3.5B to $30B, 44% of the total. 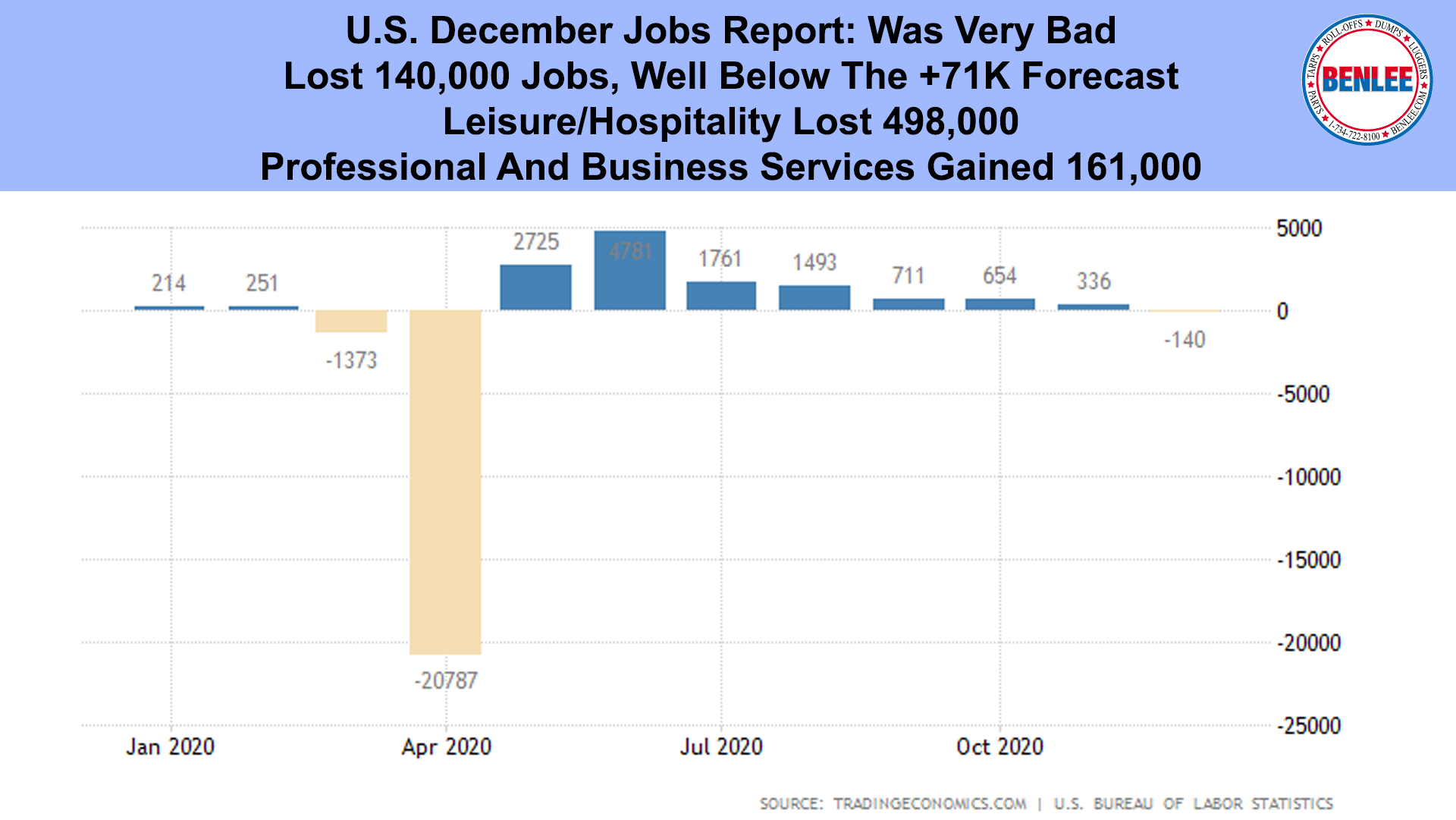 The U.S. December jobs report was very bad. We lost 140 jobs, well below the plus 71K forecast. Leisure and hospitality lost 498K and Professional and business services gained 161K. 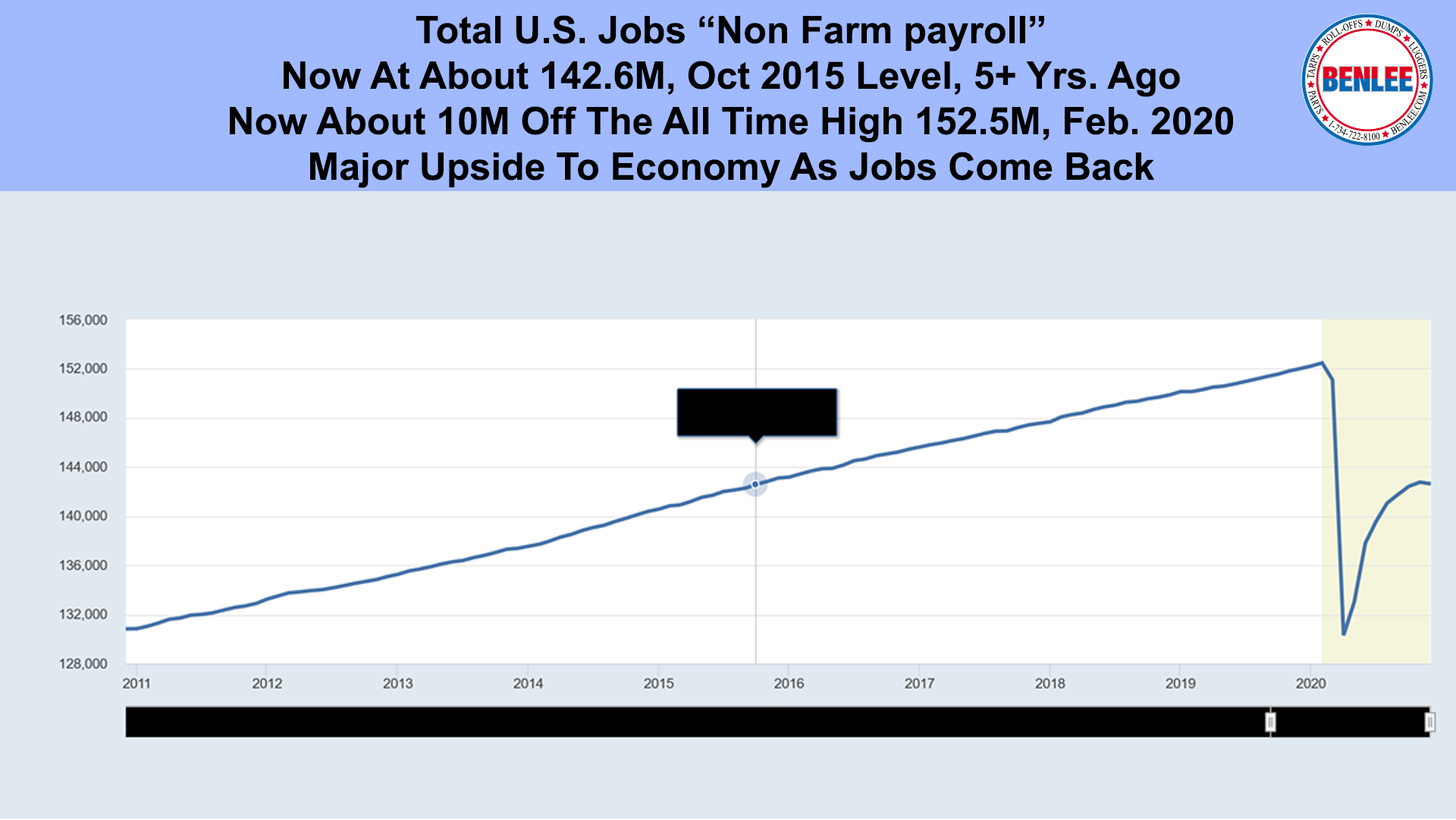 U.S. December manufacturing PMI Index rose to 57.1 the strongest growth in factories since September 2014. Production growth was the strongest since March 2015, but new orders softened due to supplier delays, due to COVID. 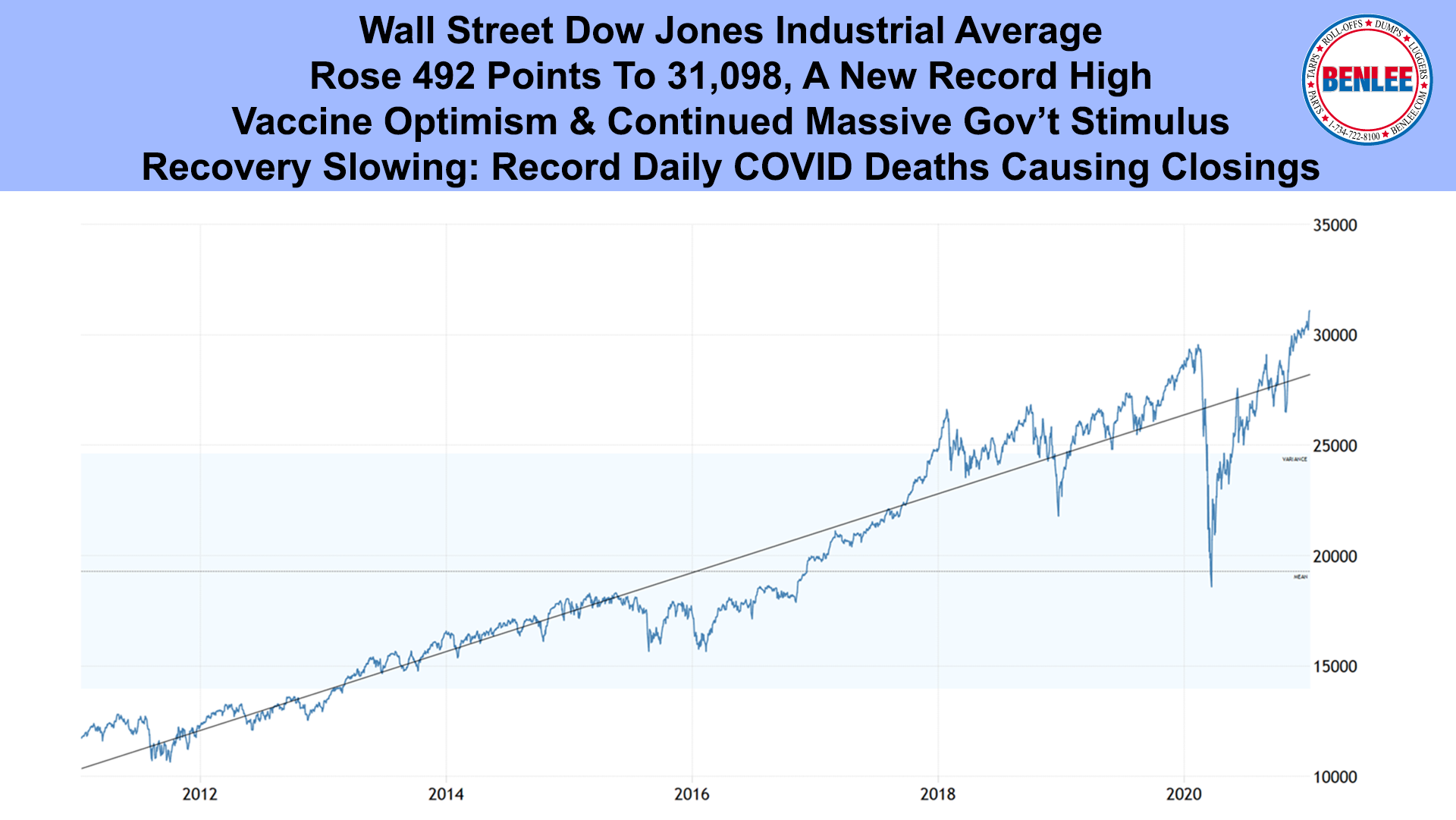