This is the Commodities, Scrap Metal, Recycling and Economic Report by our BENLEE roll off trailers and gondola trailers, September 12th, 2022. 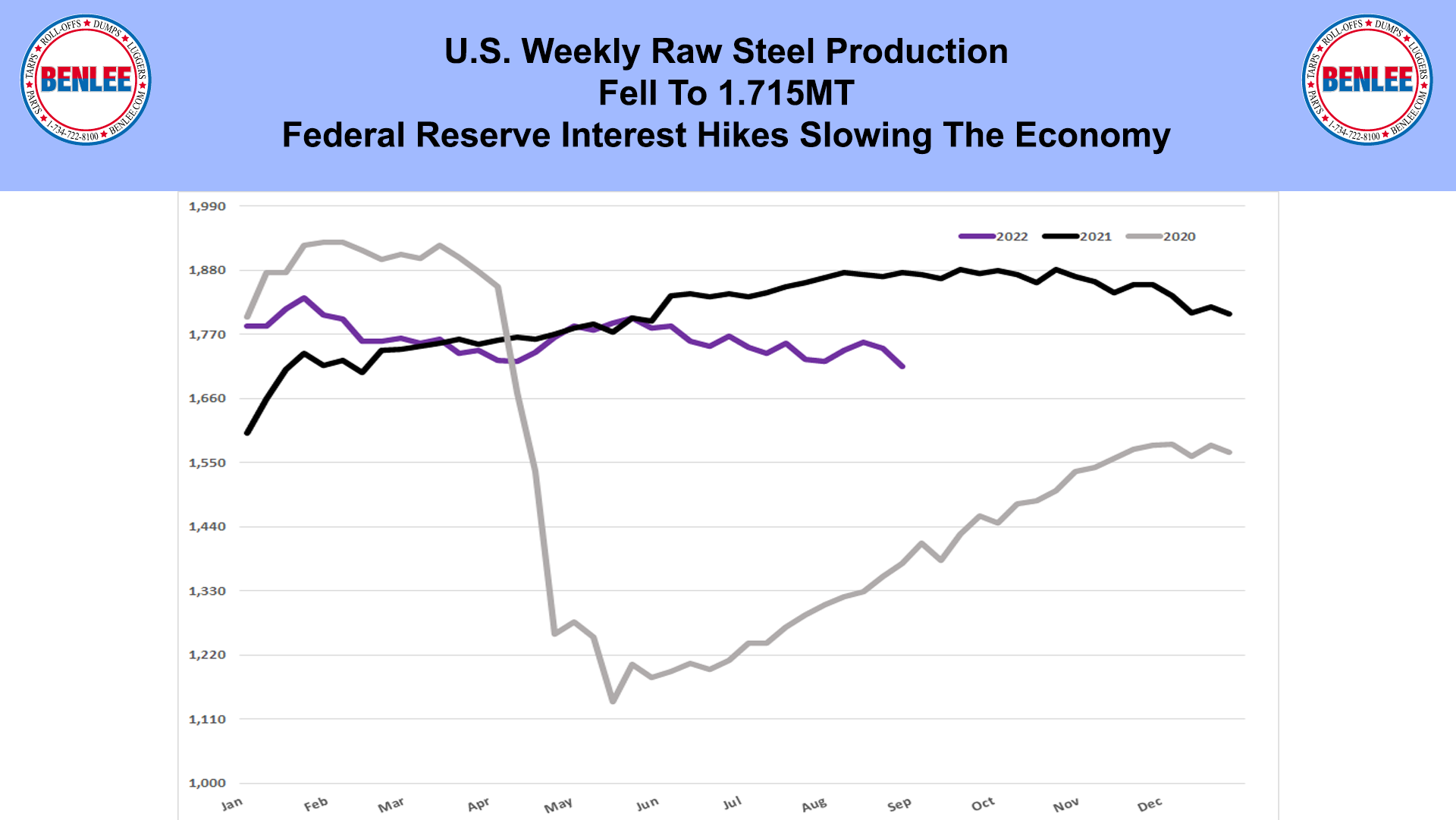 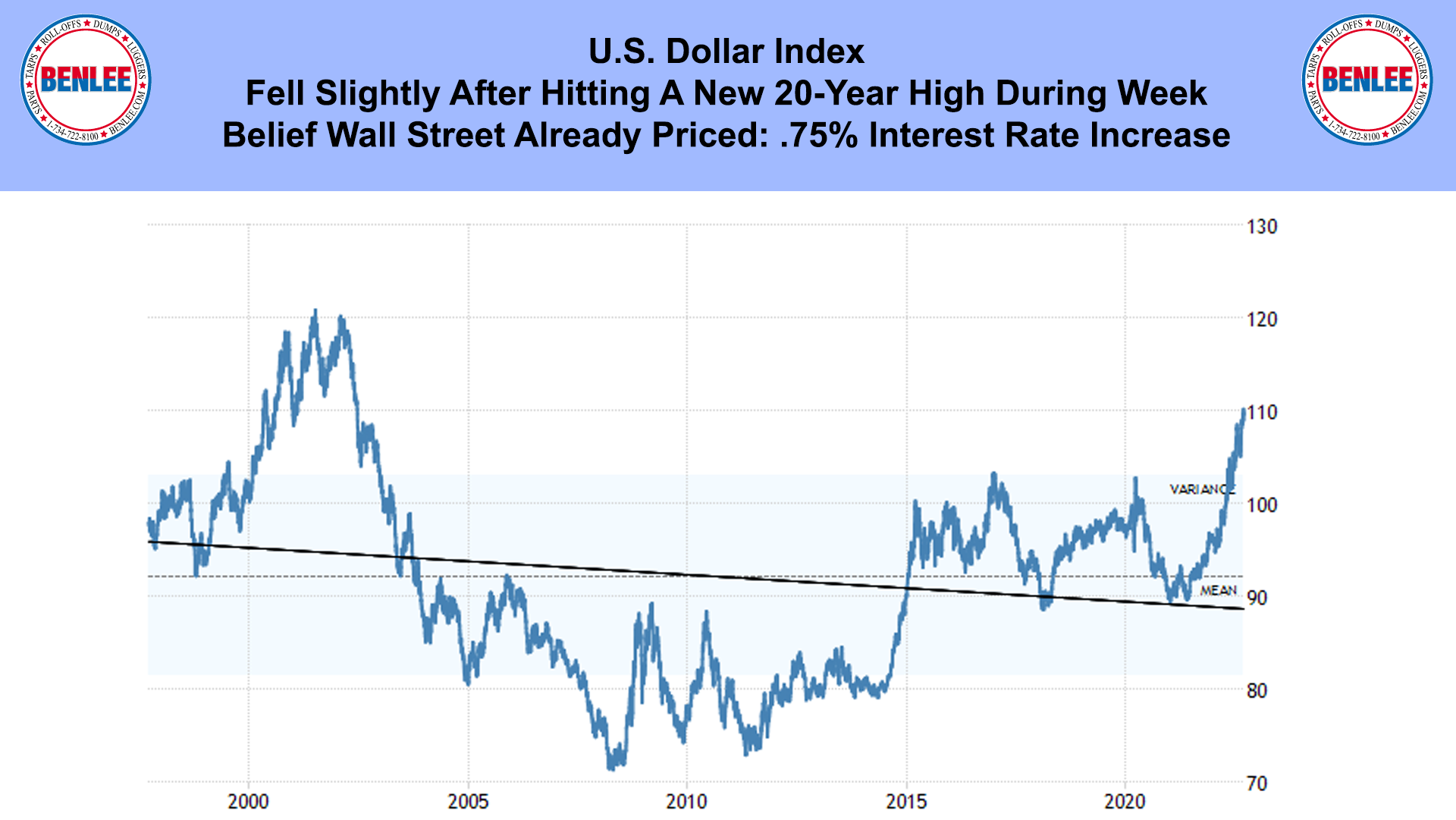 The U.S. Dollar index. The U.S. dollar vs. other global currencies. When the U.S. dollar index rises, commodity prices in dollars usually falls. It fell slightly, after hitting a new 20-year high during the week. This was on the belief that Wall Street already priced in a .75% interest rate increase this for this month. 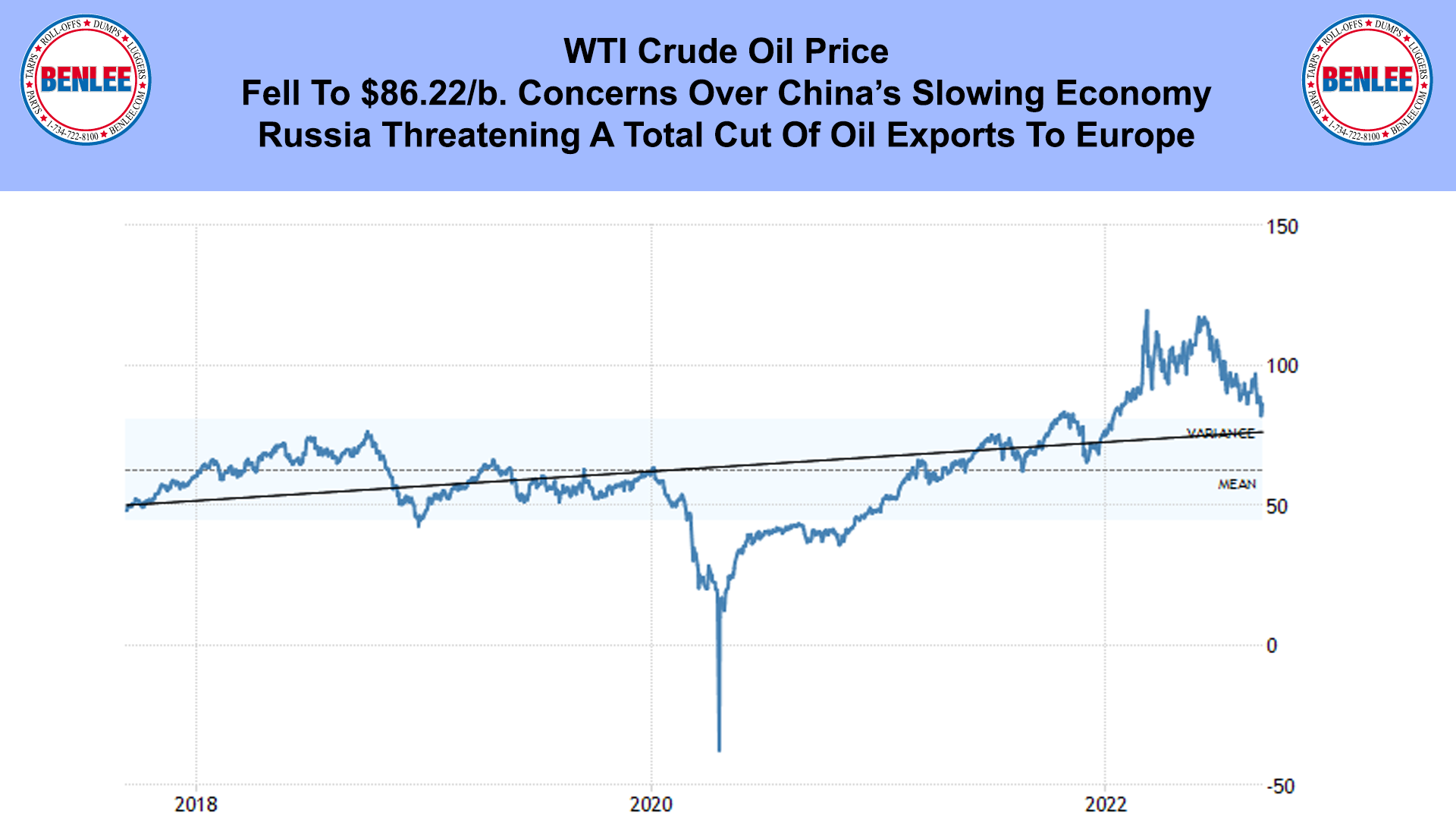 WTI crude oil price fell to $86.22/b on concerns over China’s slowing economy. But on the other side, Russia is threatening a total cut of oil exports to Europe. 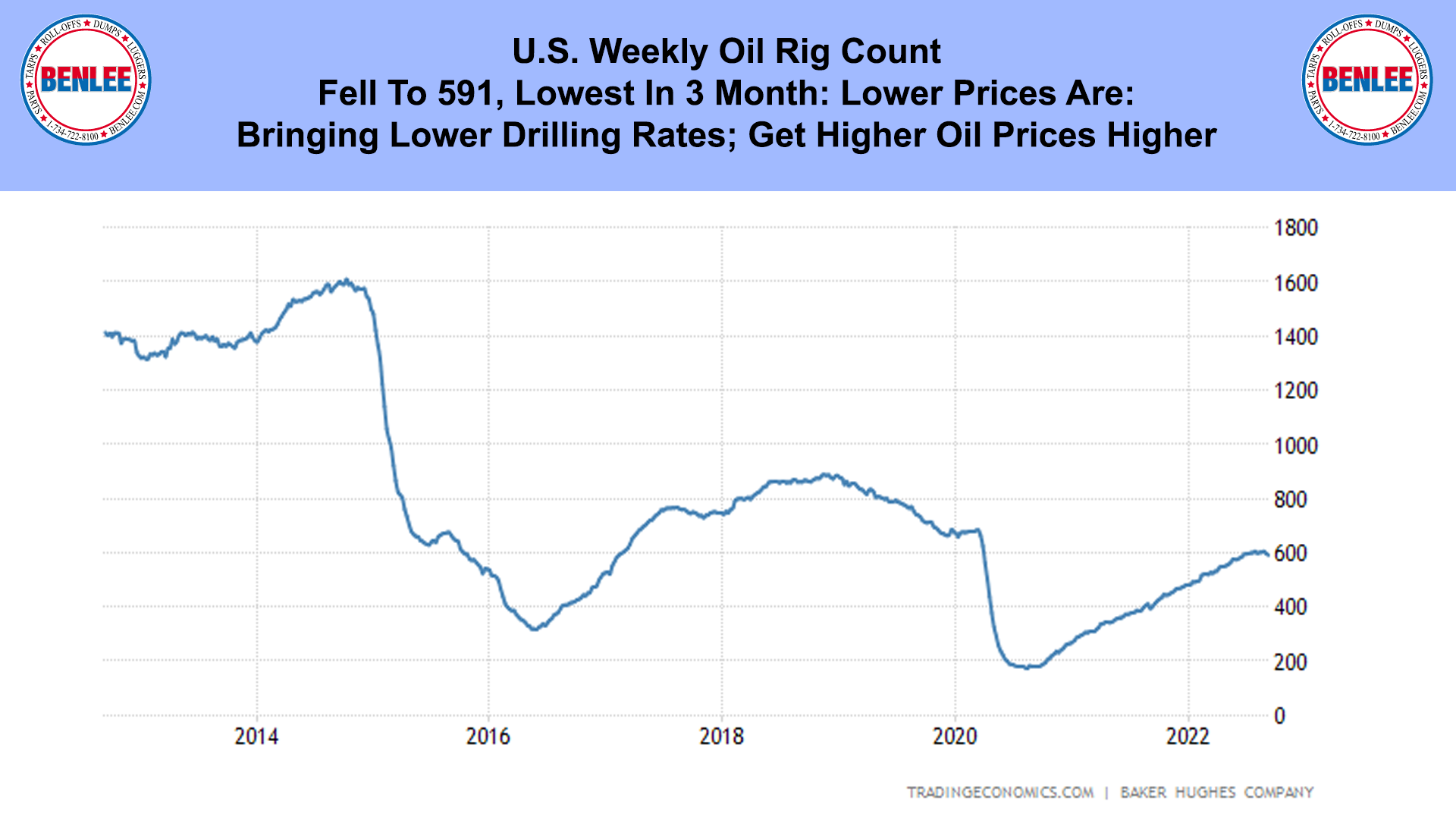 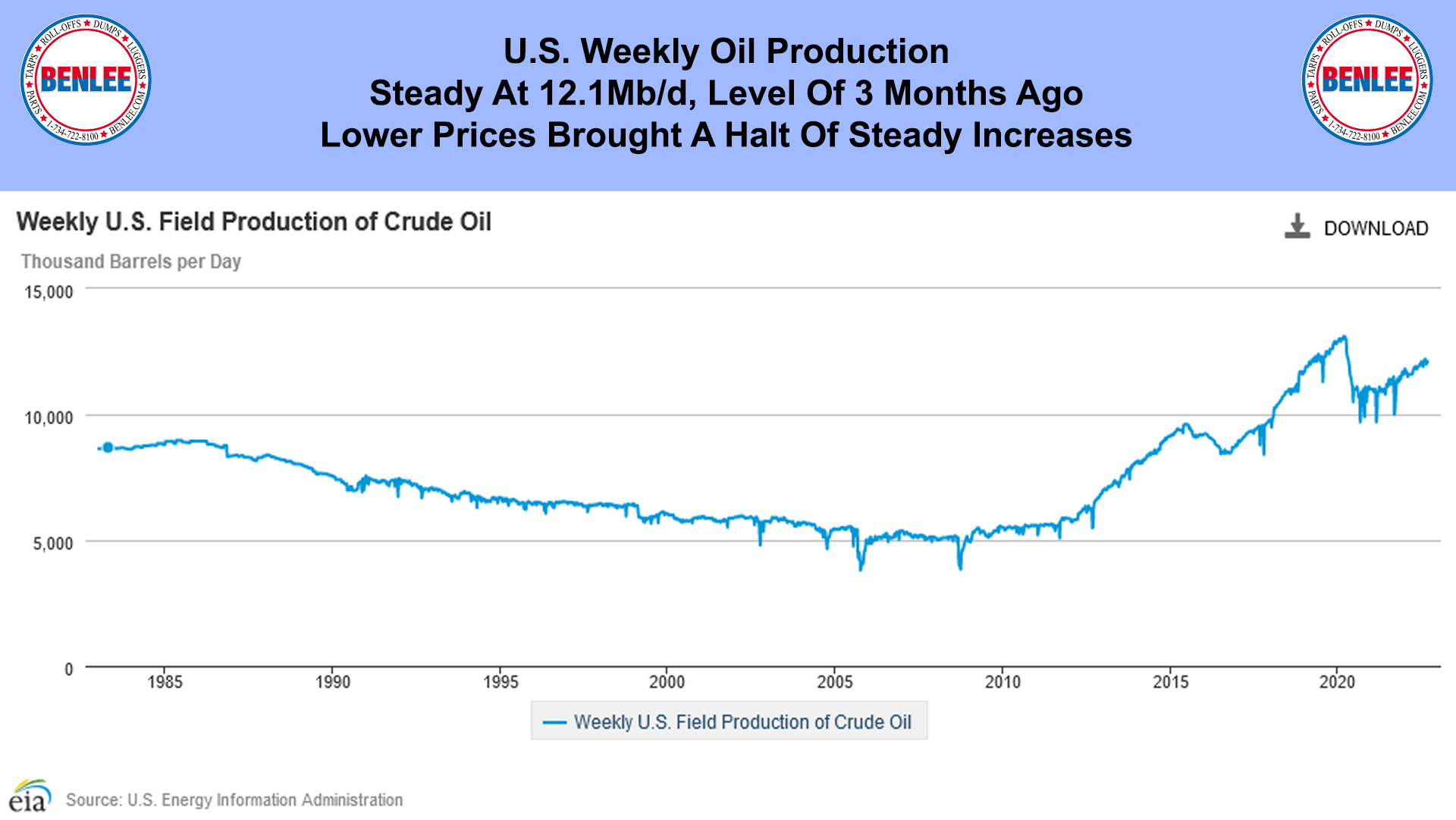 U.S. weekly crude oil production was steady at 12.1M/b/d, the level of 3 months ago. Lower prices brought a halt of the steady increase we were seeing. 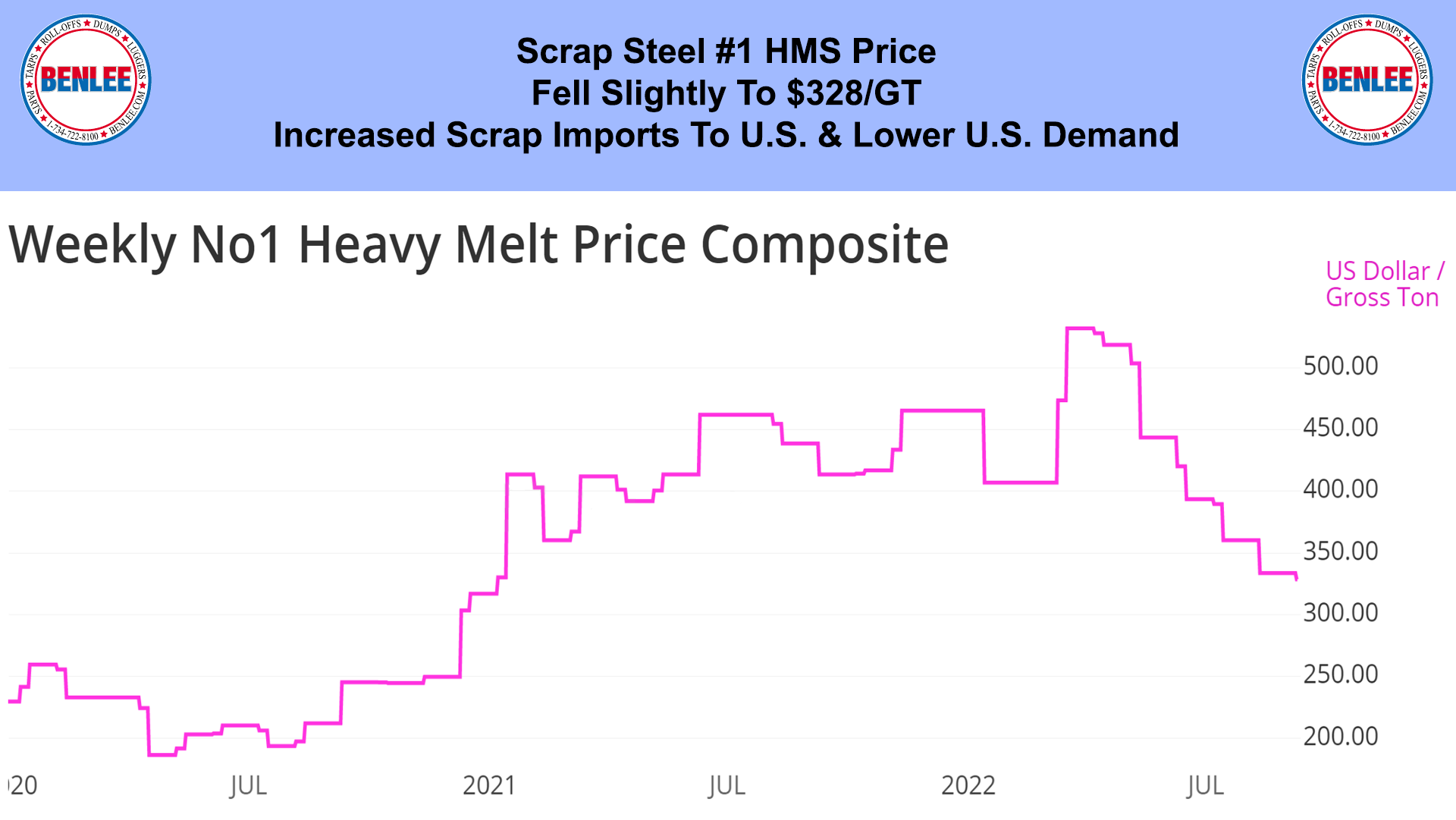 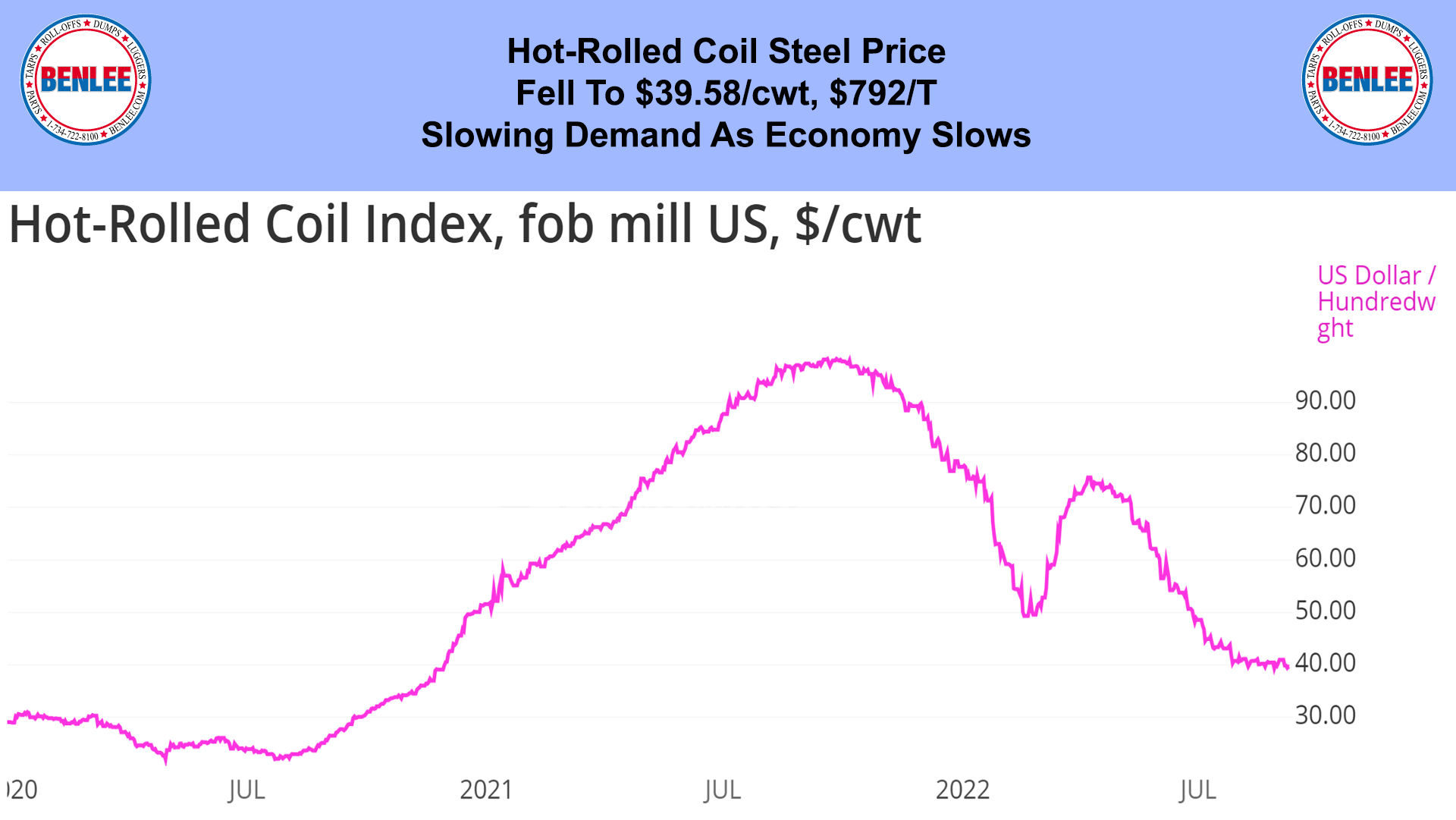 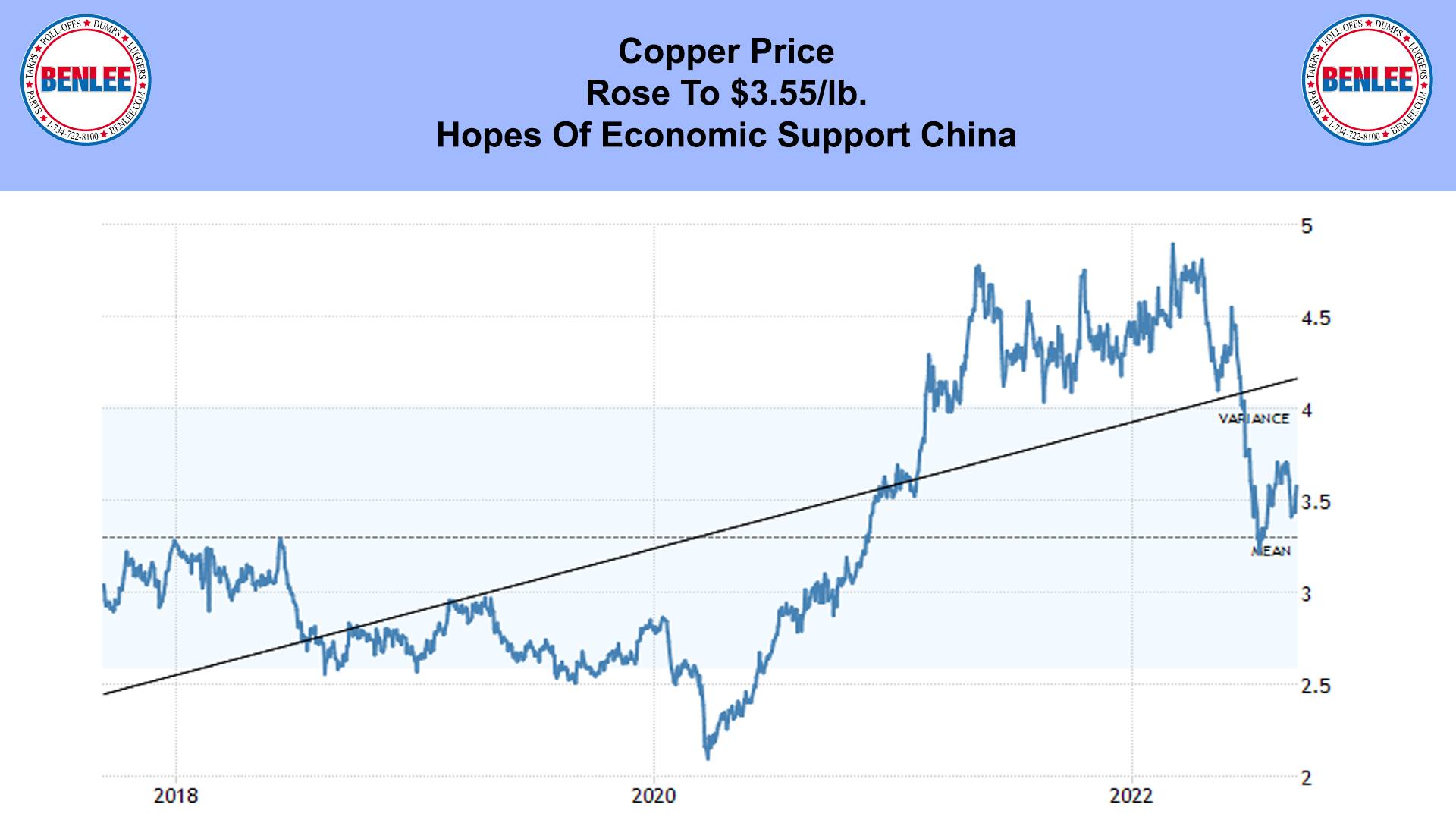 Copper price rose to $3.55/lb. on hopes of economic support in China. 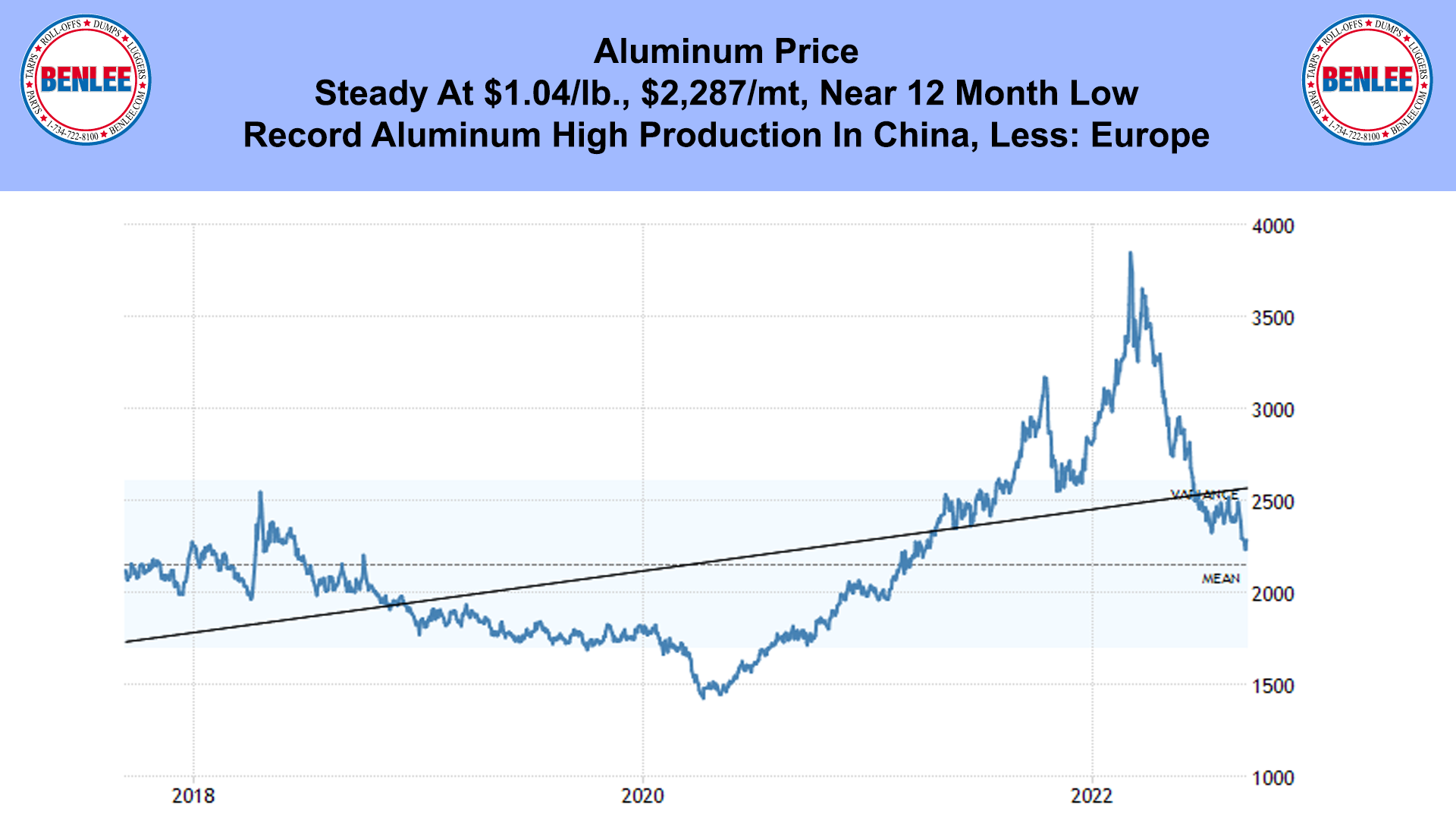 Aluminum price was steady at $1.04/lb., near a 12-month low, on record high aluminum production in China, but less in Europe. 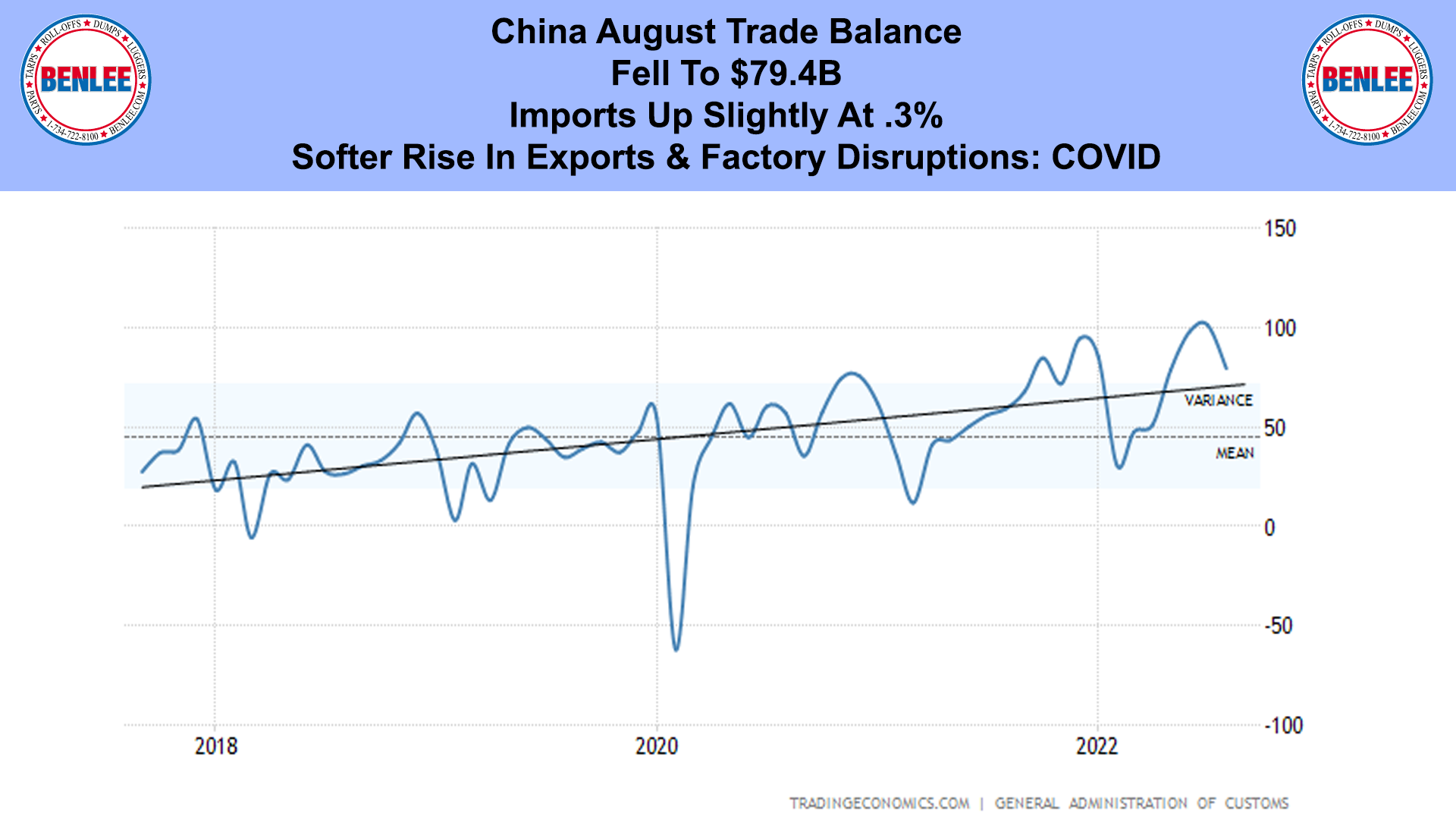 China’s August trade balance fell to a positive $79.4B, as imports rose slightly at .3%. This was also on a softer rise in exports and factory disruptions due to COVID. 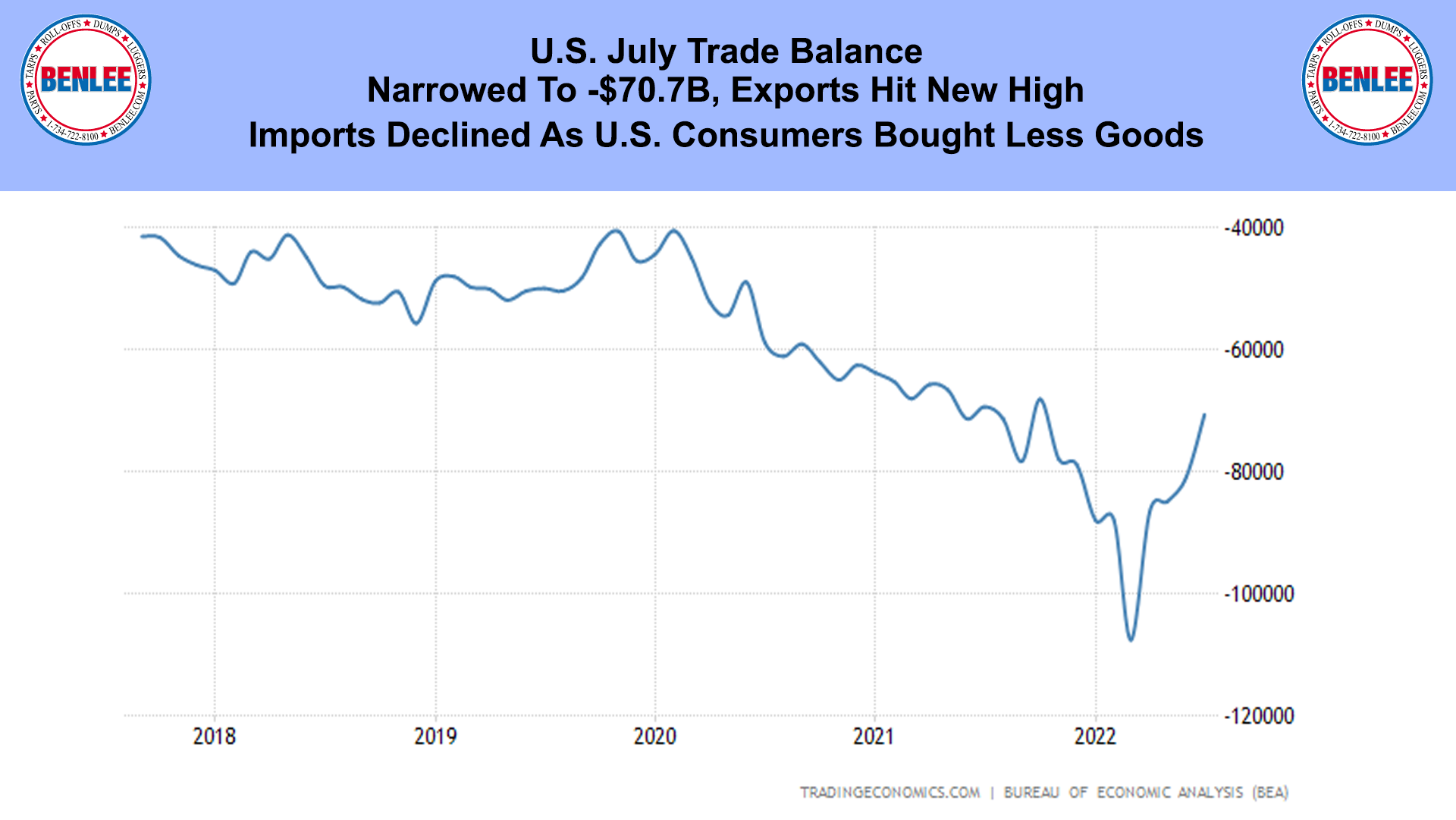 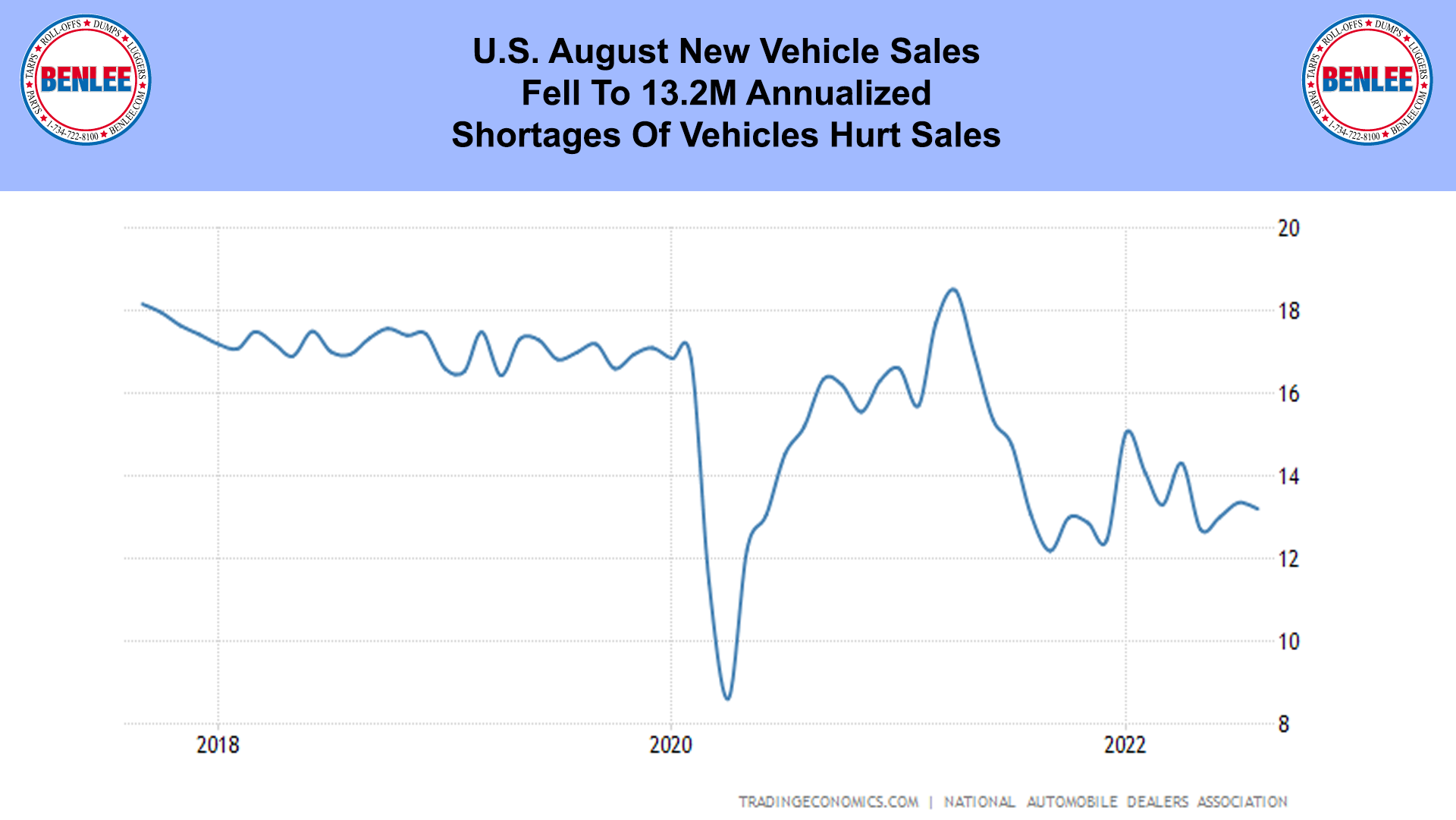 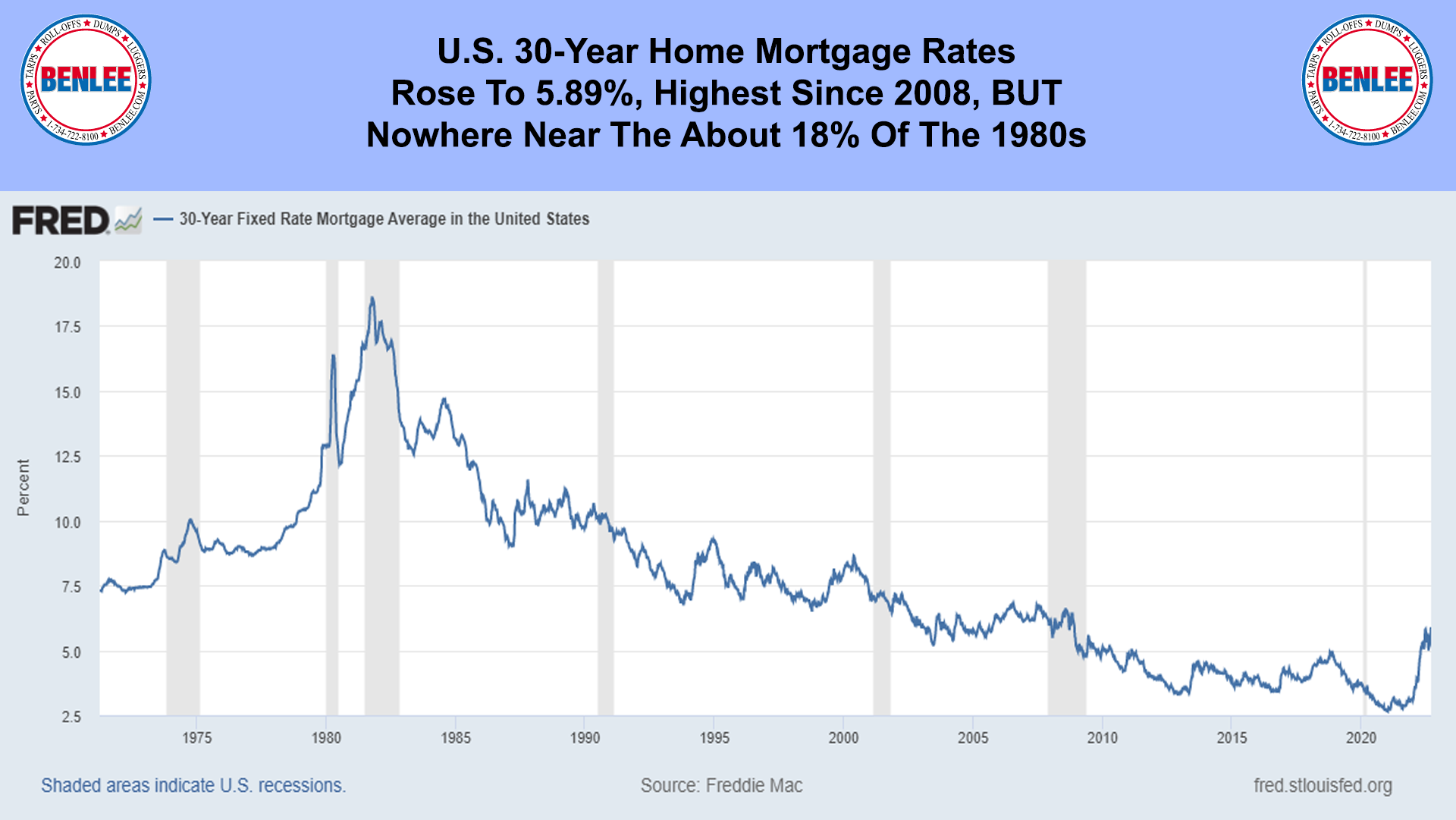 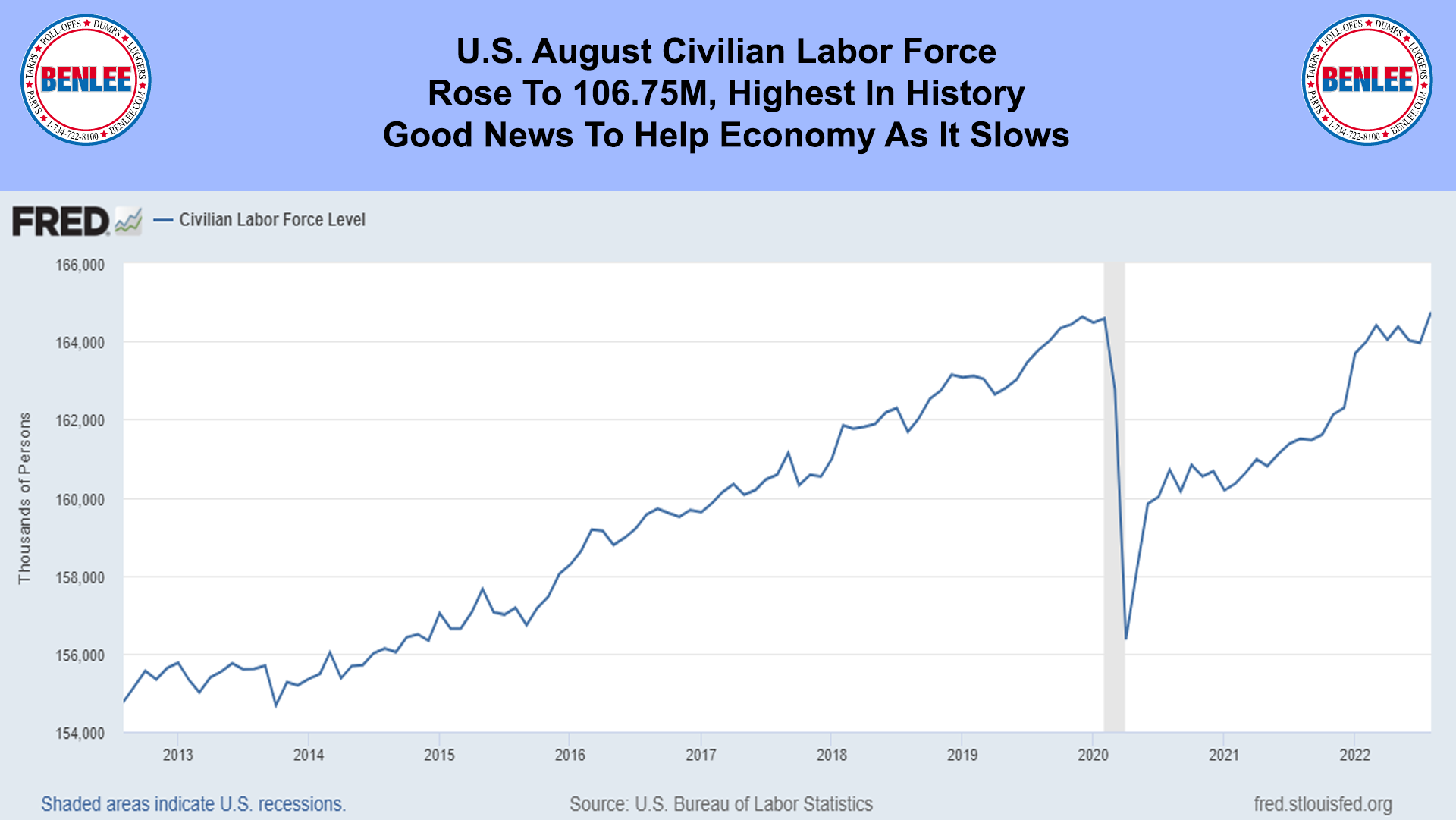 The U.S. August civilian labor force rose to 106.75M the highest in history. This is good news to help the economy as it slows. 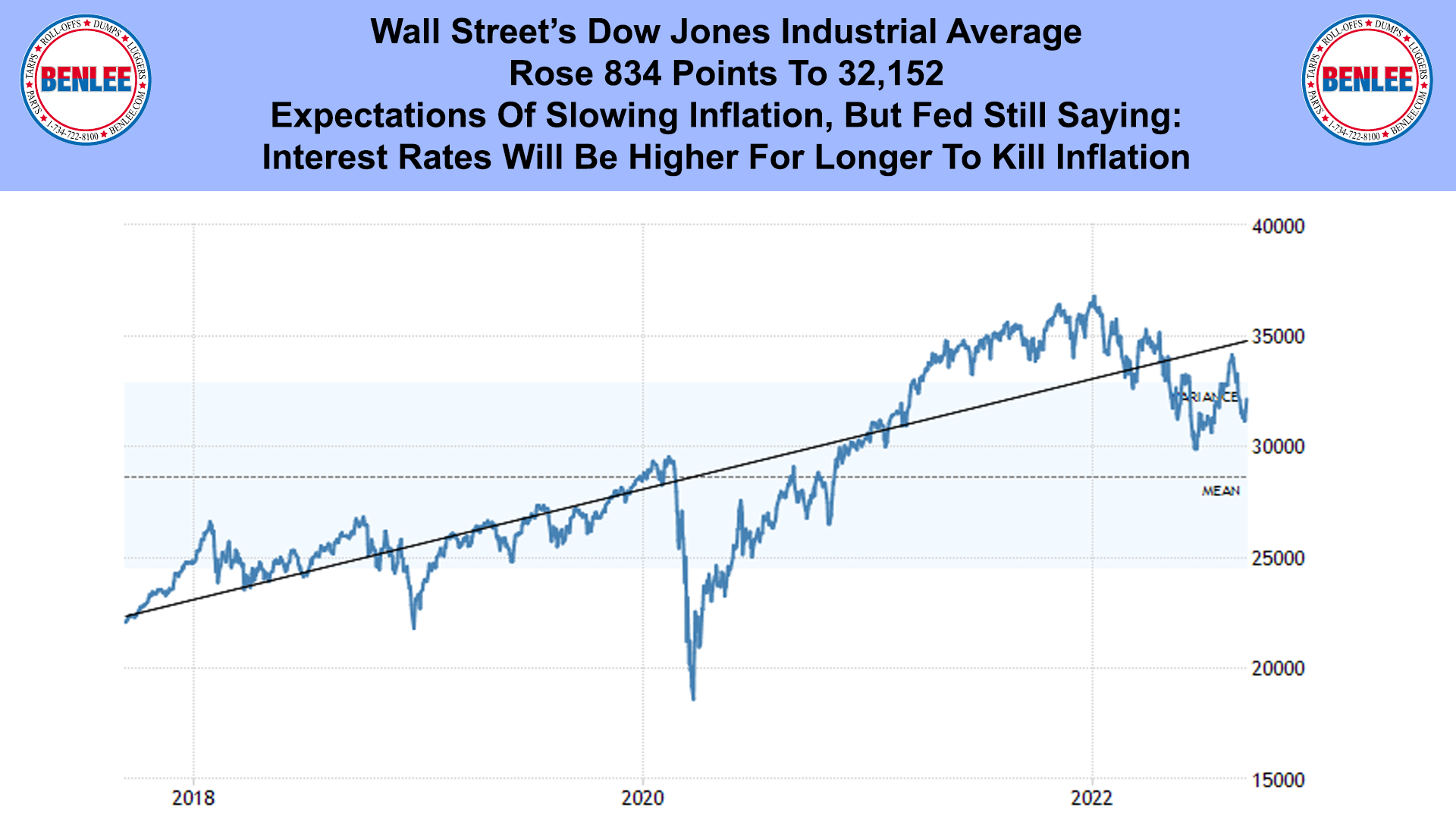 Wall Street’s Dow Jones Industrial Average rose 834 points to 32,152. This was on expectations of slowing inflation, but the Federal Reserve still saying interest rates will be higher for longer to kill inflation. 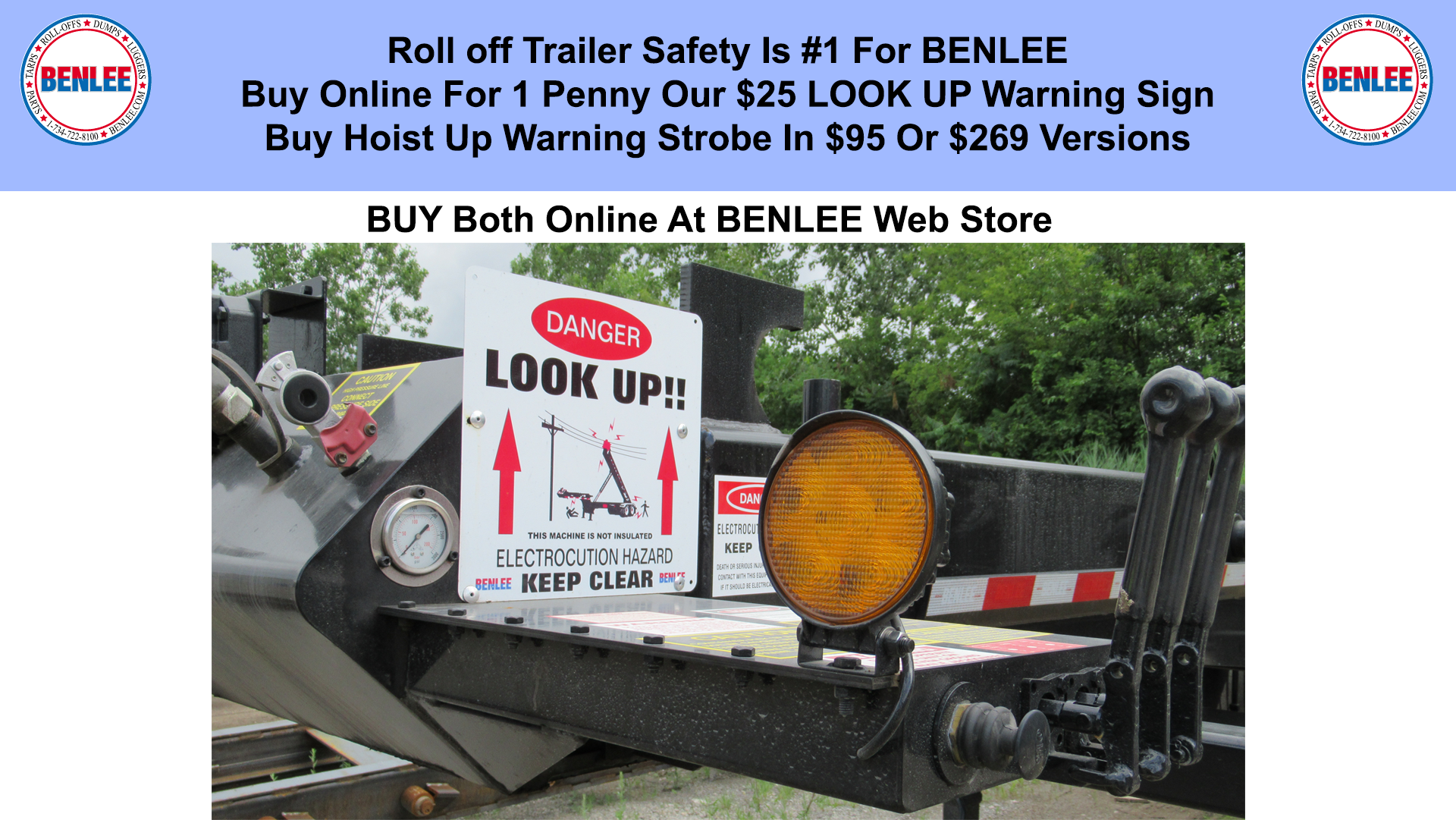 Roll off trailer safety is #1 for BENLEE. Buy online for just one penny (almost free) our $25 look up warning sign. Also, buy our hoist up warning strobe, in $95 or $269 versions.