This is the Commodities, Scrap Metal, Recycling and Economic Report. It is brought to you by BENLEE roll off trailers, gondola trailers and roll off truck parts, January 23rd, 2023. 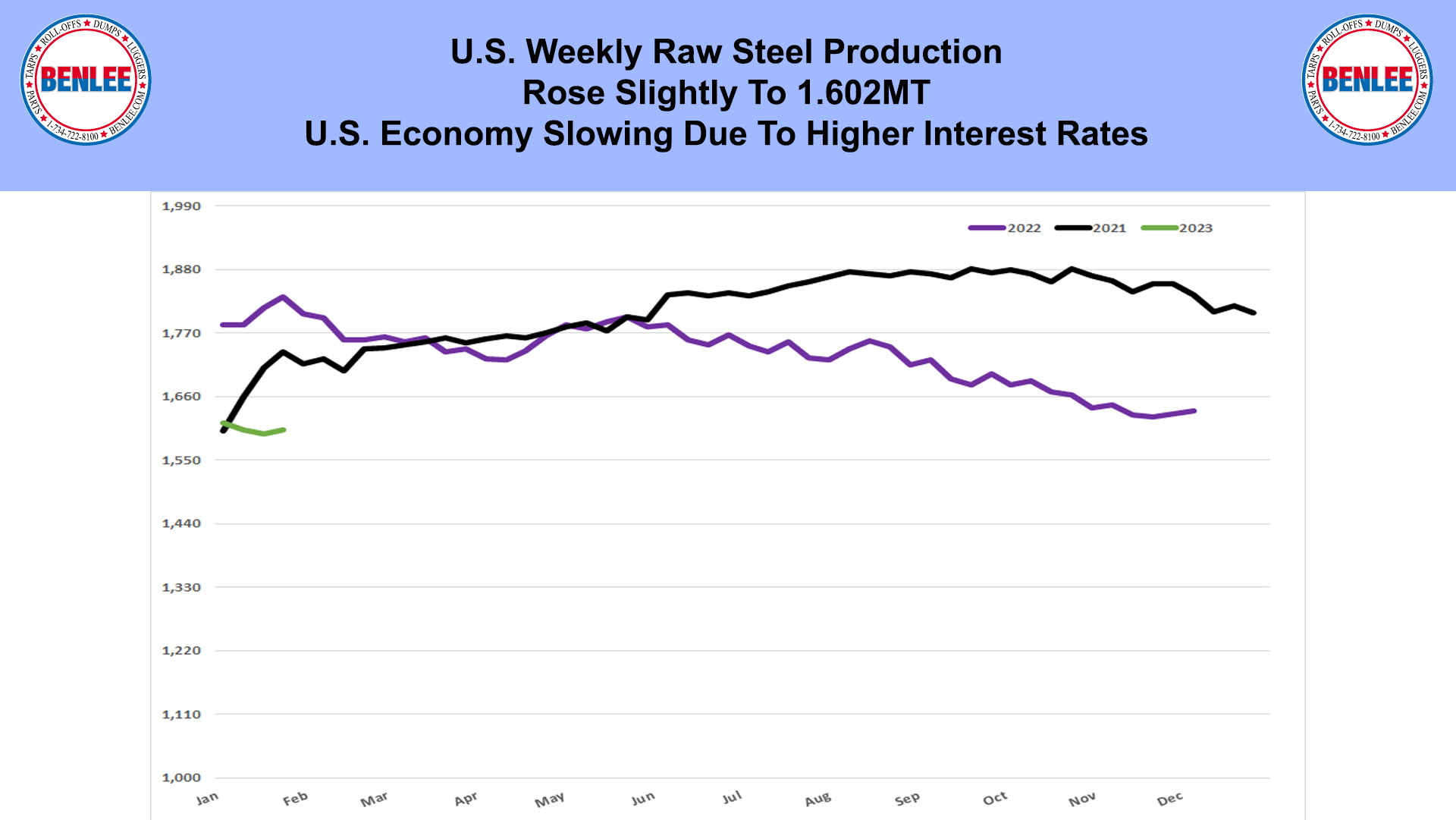 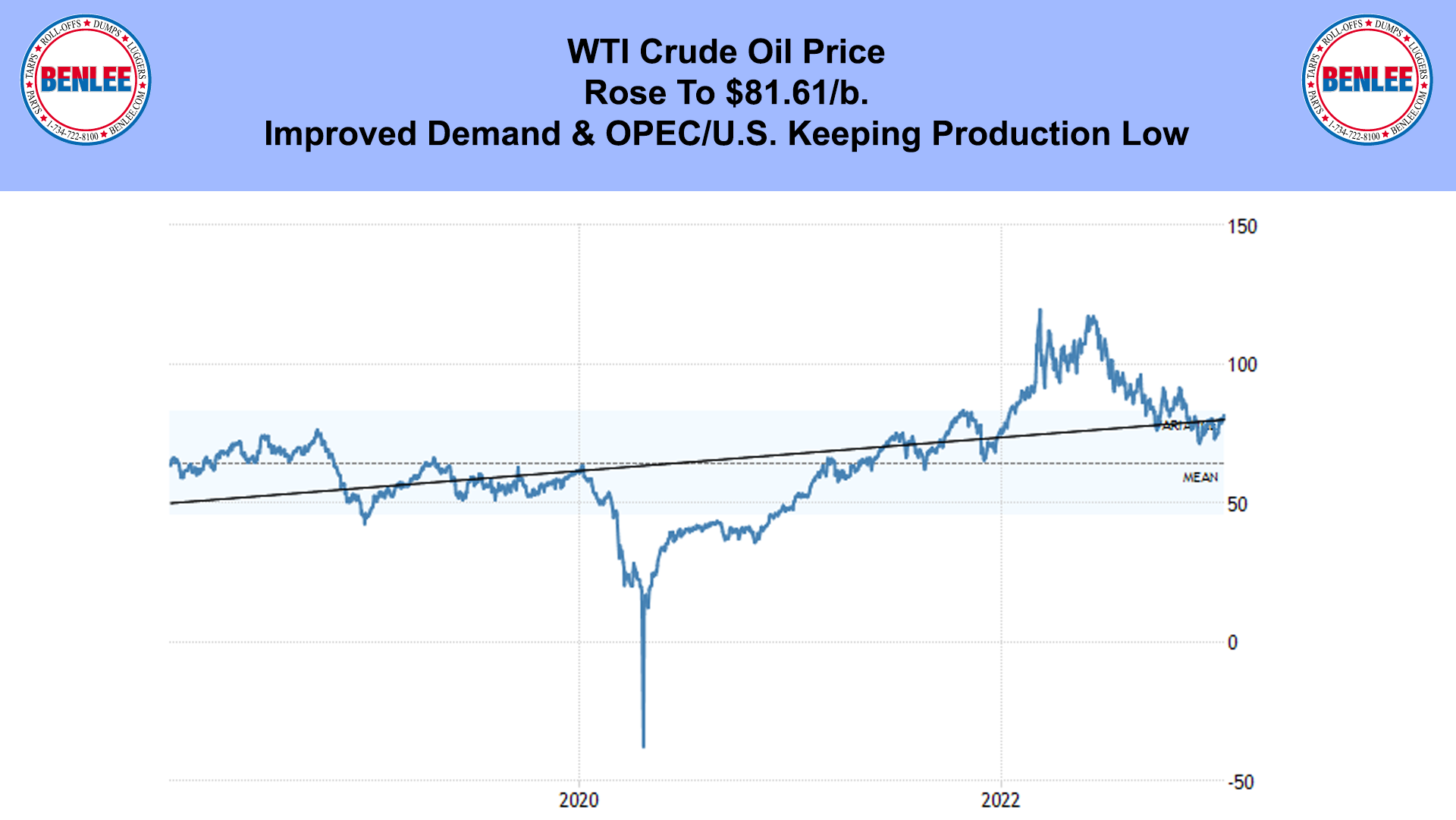 WTI crude oil price rose to $81.61/b. This was on improved demand, while OPEC and the U.S. are keeping production low. 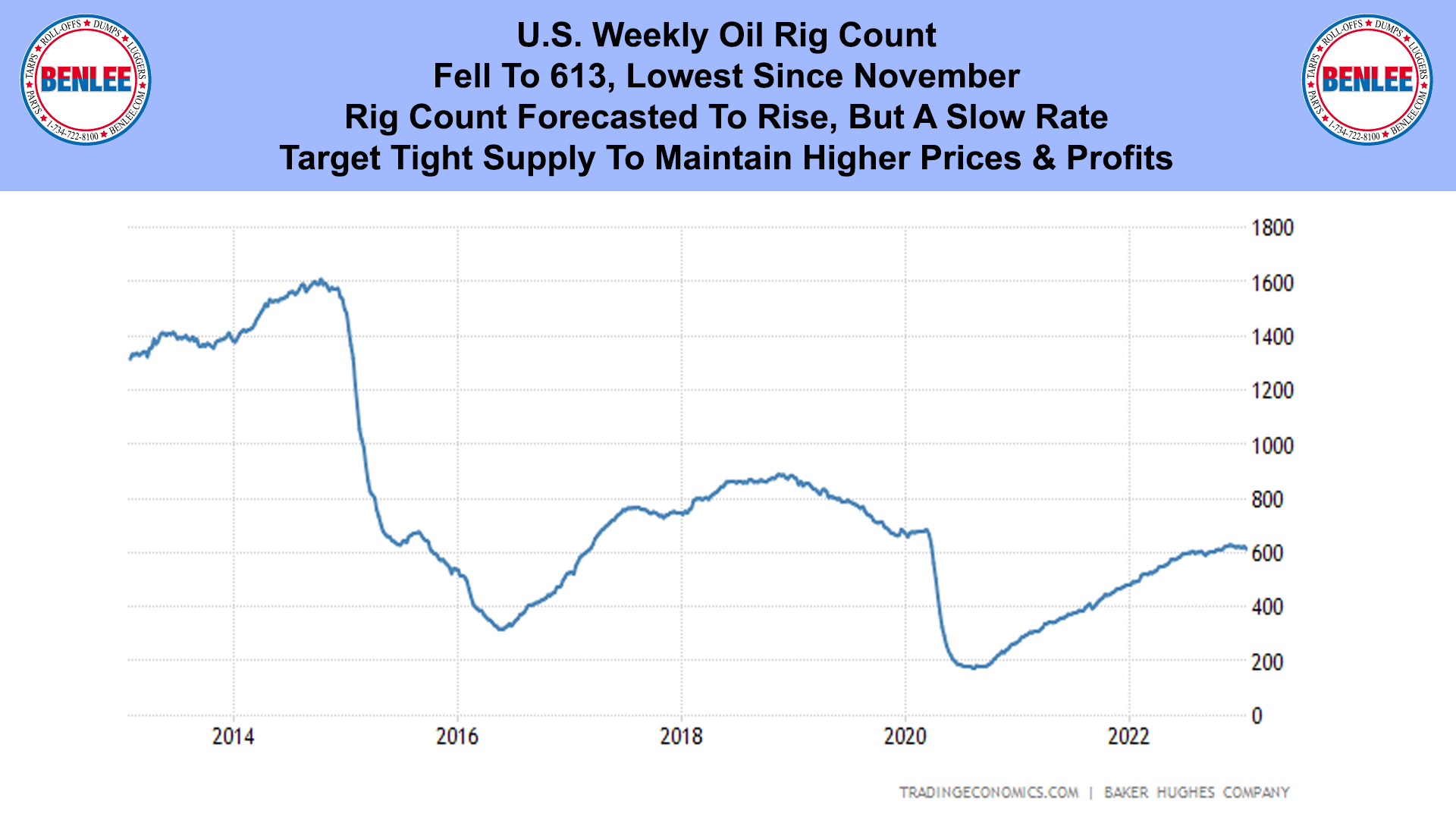 The U.S. weekly oil rig count fell to 613, the lowest since November. The rig count is forecasted to rise, but at a slow rate. Companies continue targeting tight supply to maintain higher prices and profits. 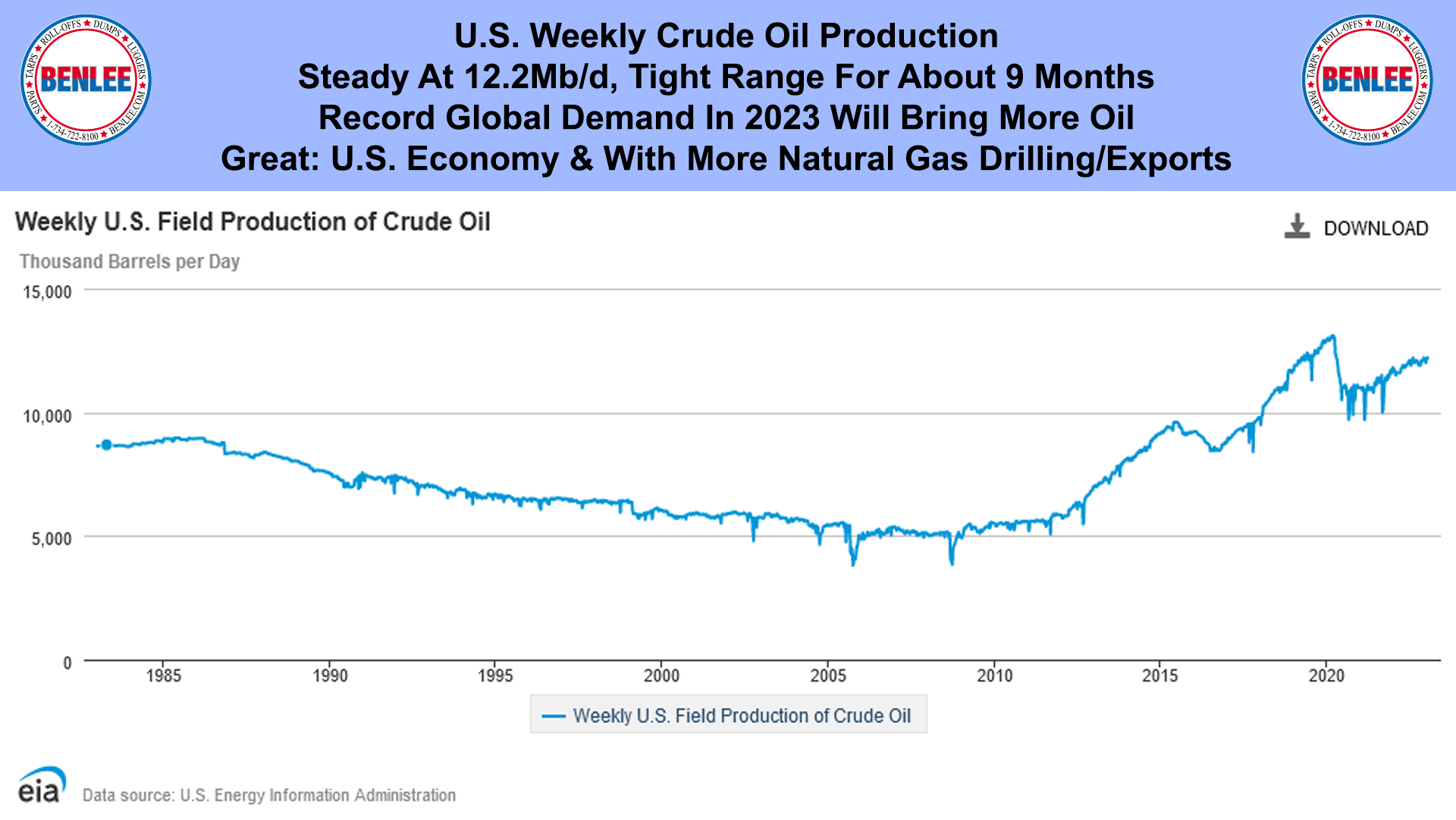 U.S. weekly crude oil production was steady at 12.2Mb/d, in a tight range for about 9 months. Record global oil demand in 2023 will bring more oil production. This is great for the U.S. economy along with more natural gas drilling and exports. 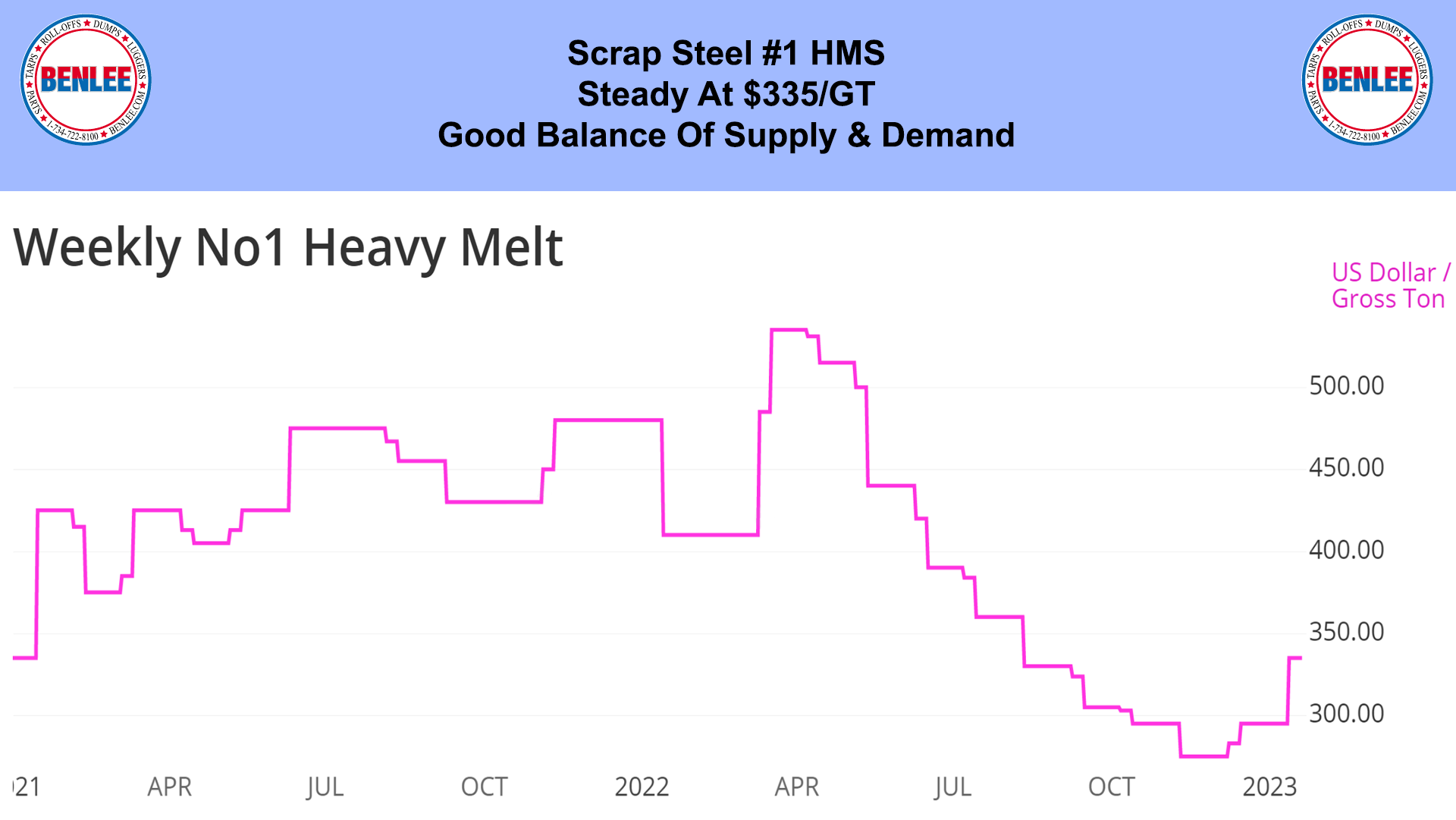 Scrap steel #1 HMS price was steady at $335/GT on a good balance of supply and demand. 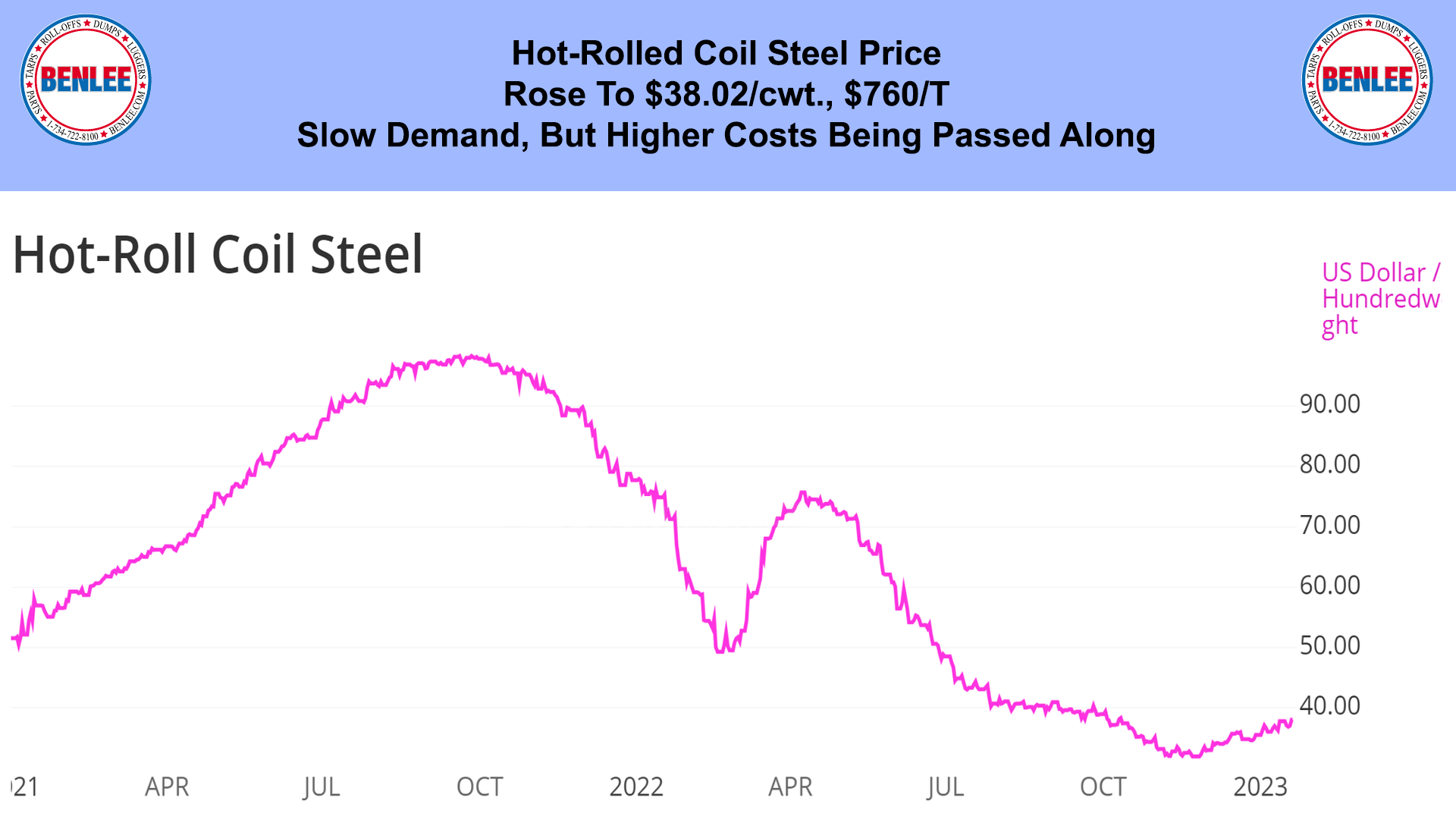 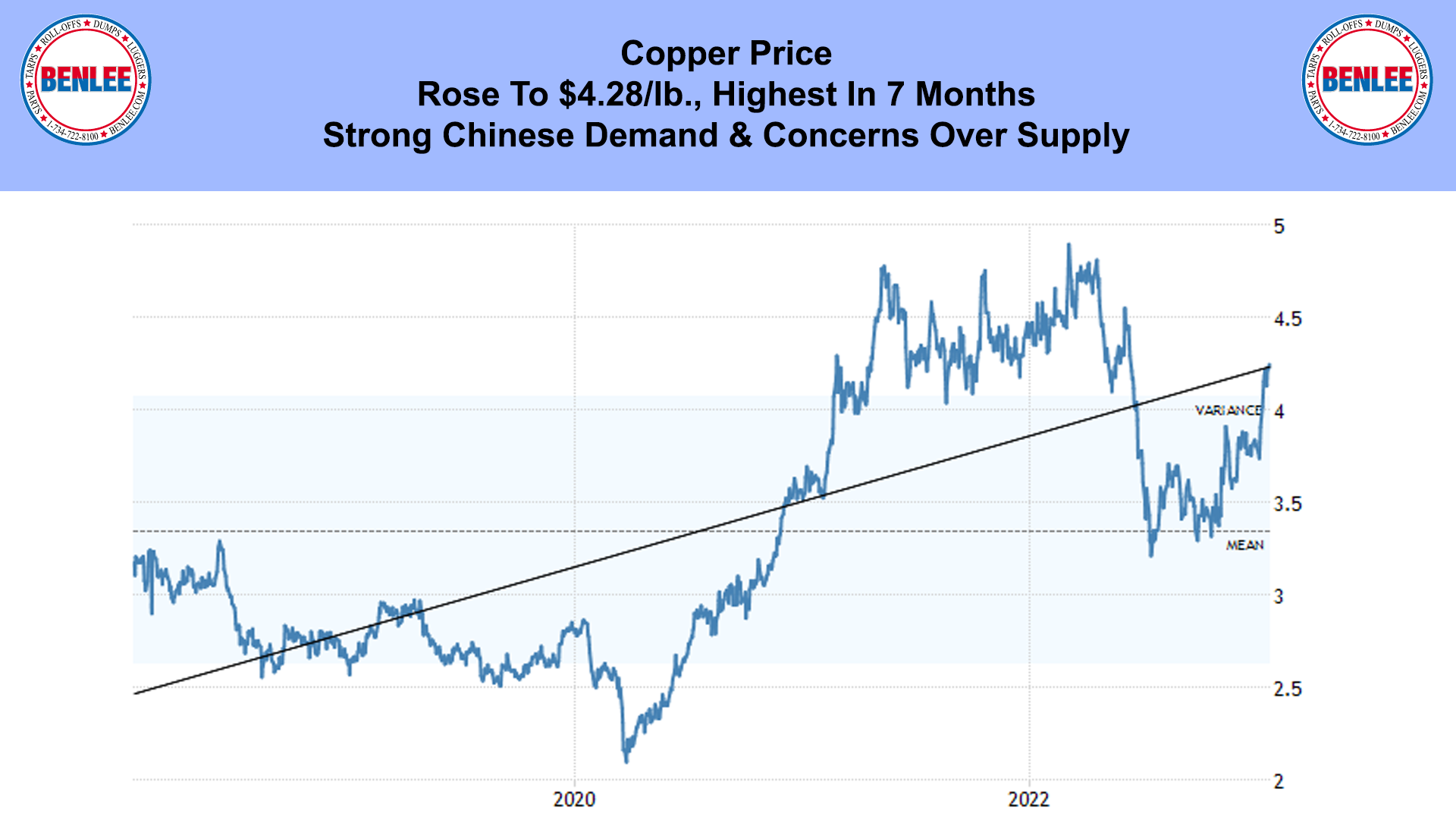 Copper price rose to $4.28/lb., the highest in 7 months on strong Chinese demand and on supply concerns. 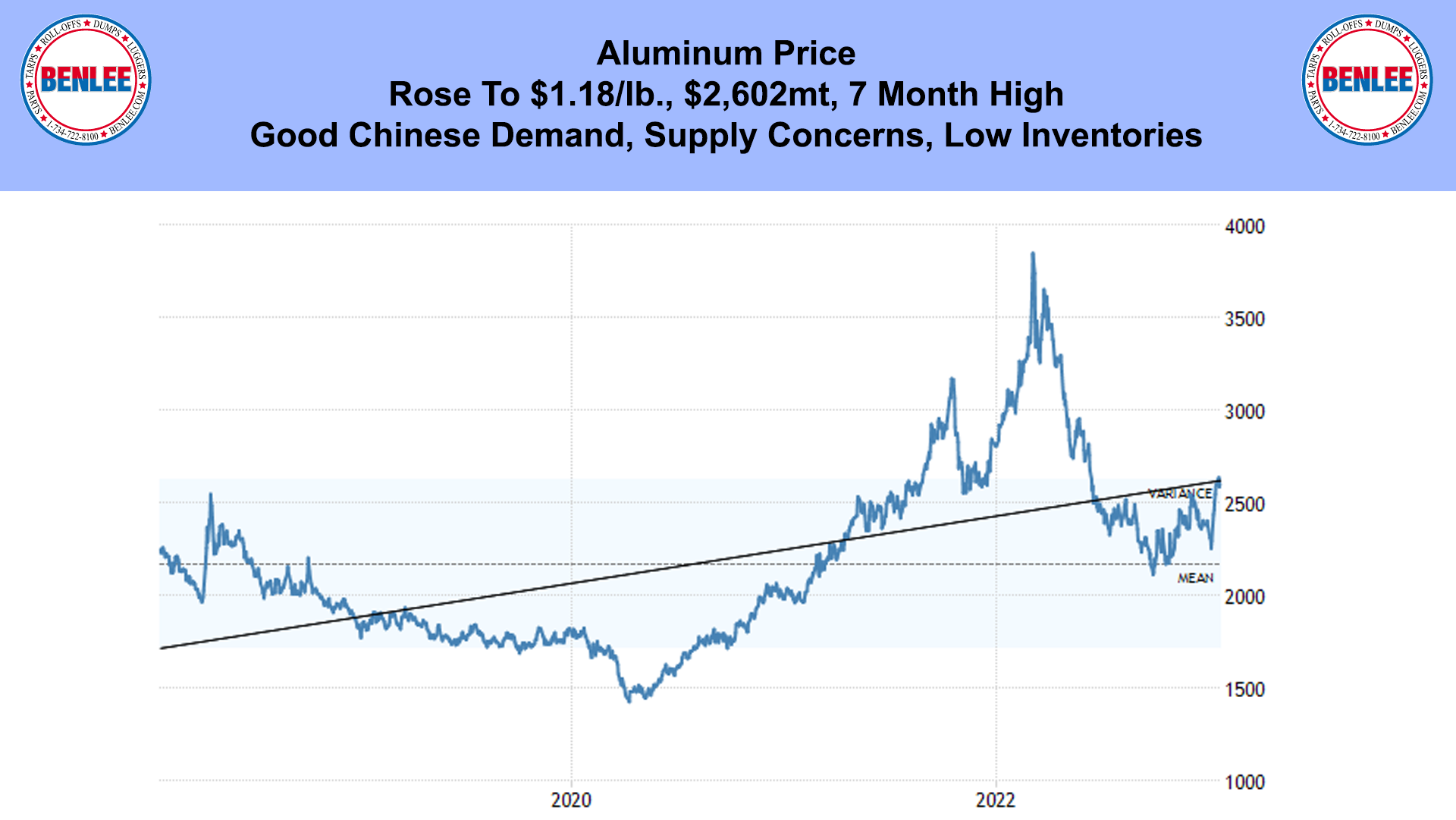 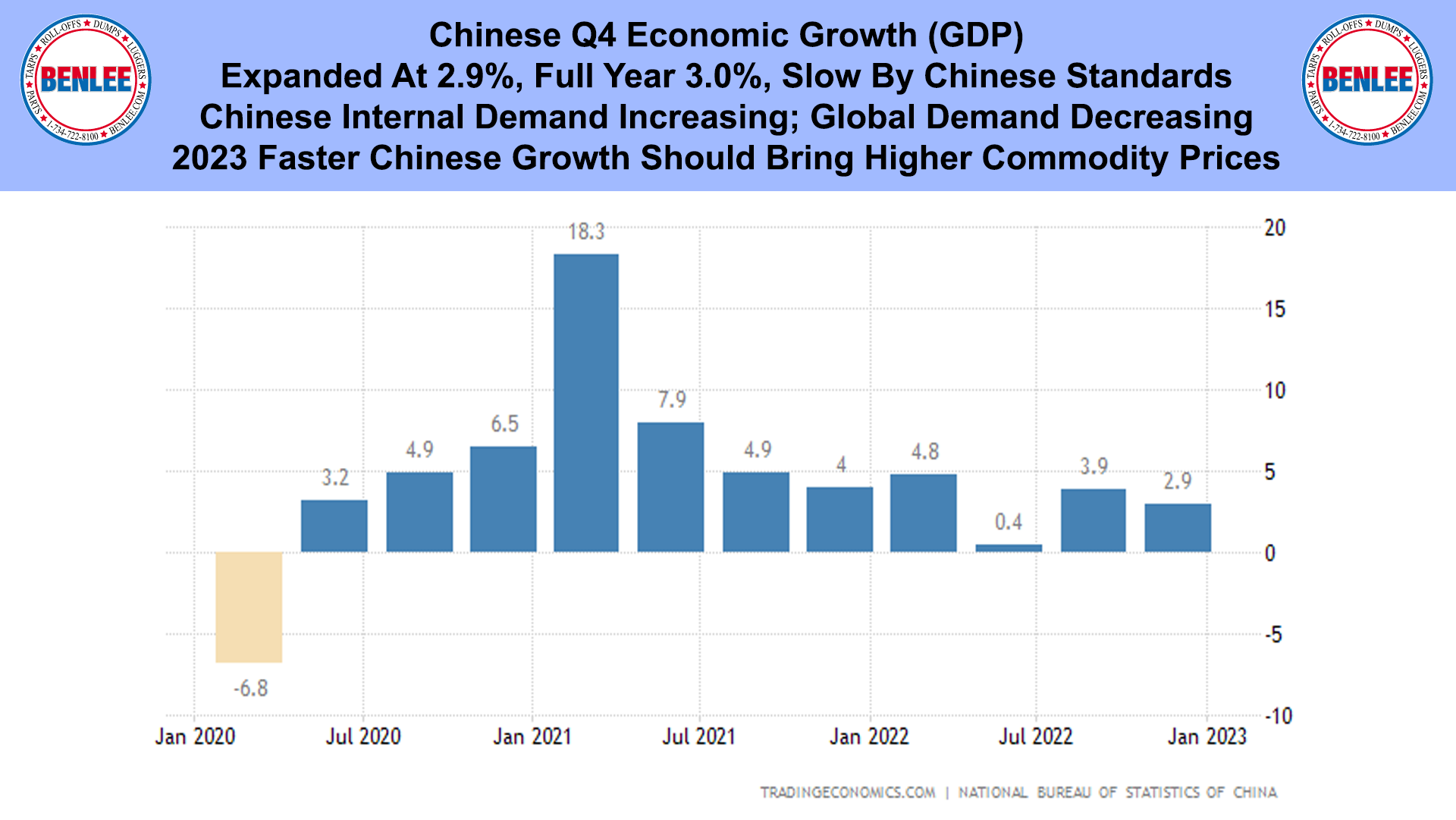 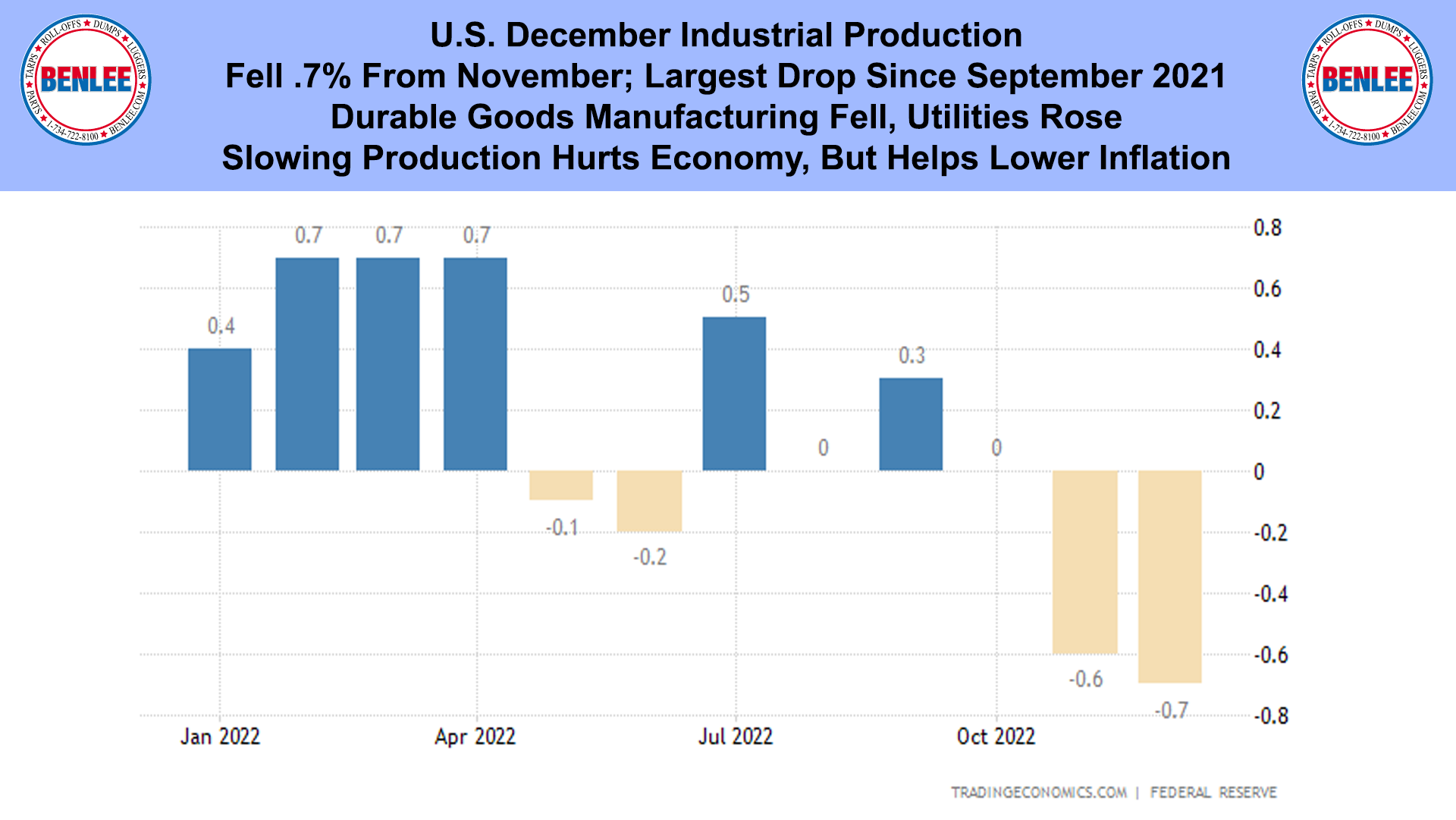 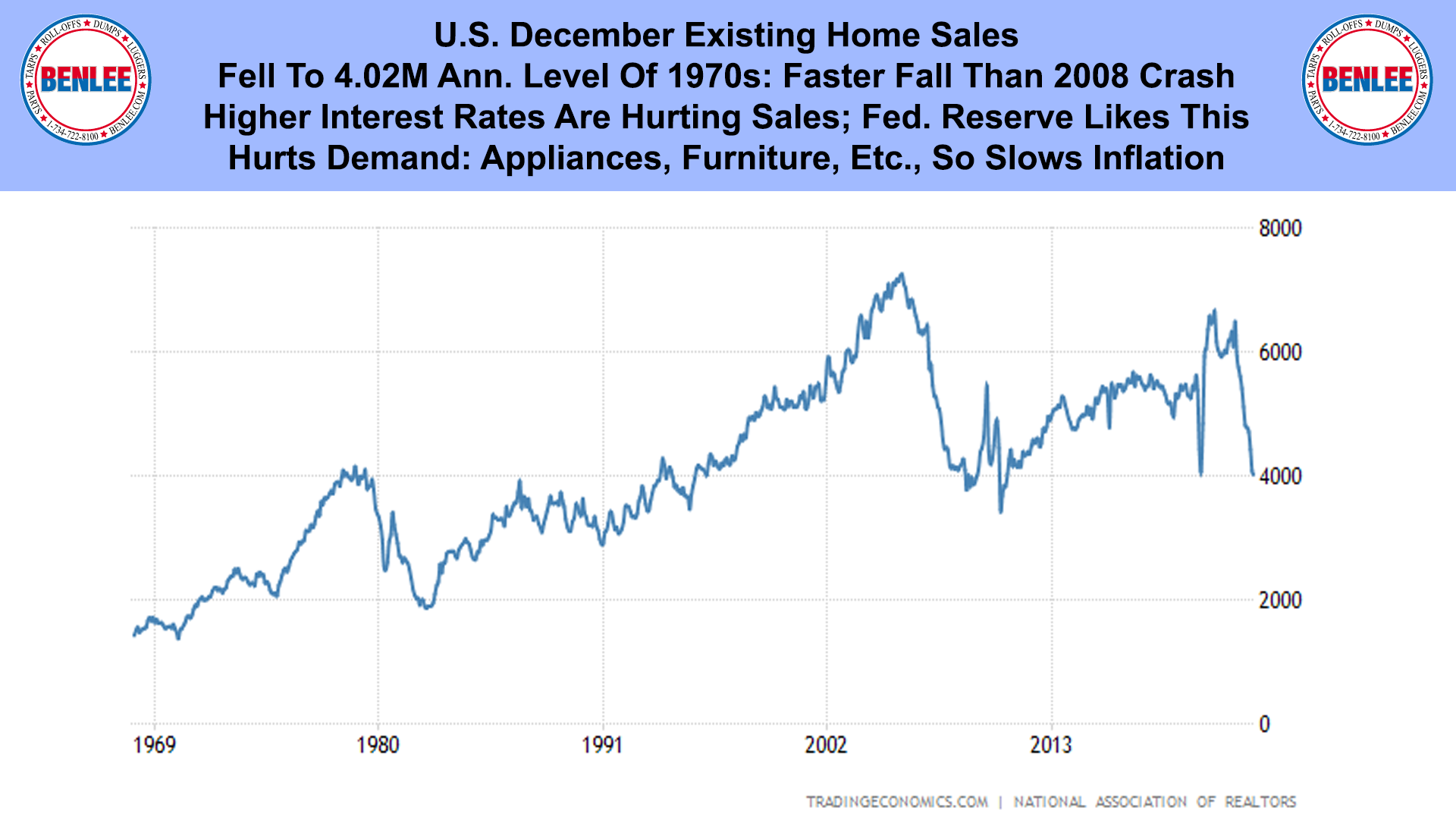 U.S. December existing home sales fell to 4.02M annualized, the level of the 1970s. This has been a faster fall than the 2008 crash. Higher interest rates are hurting sales. The Federal Reserve likes this, as it hurts demand for appliances, furniture etc., so that slows inflation. 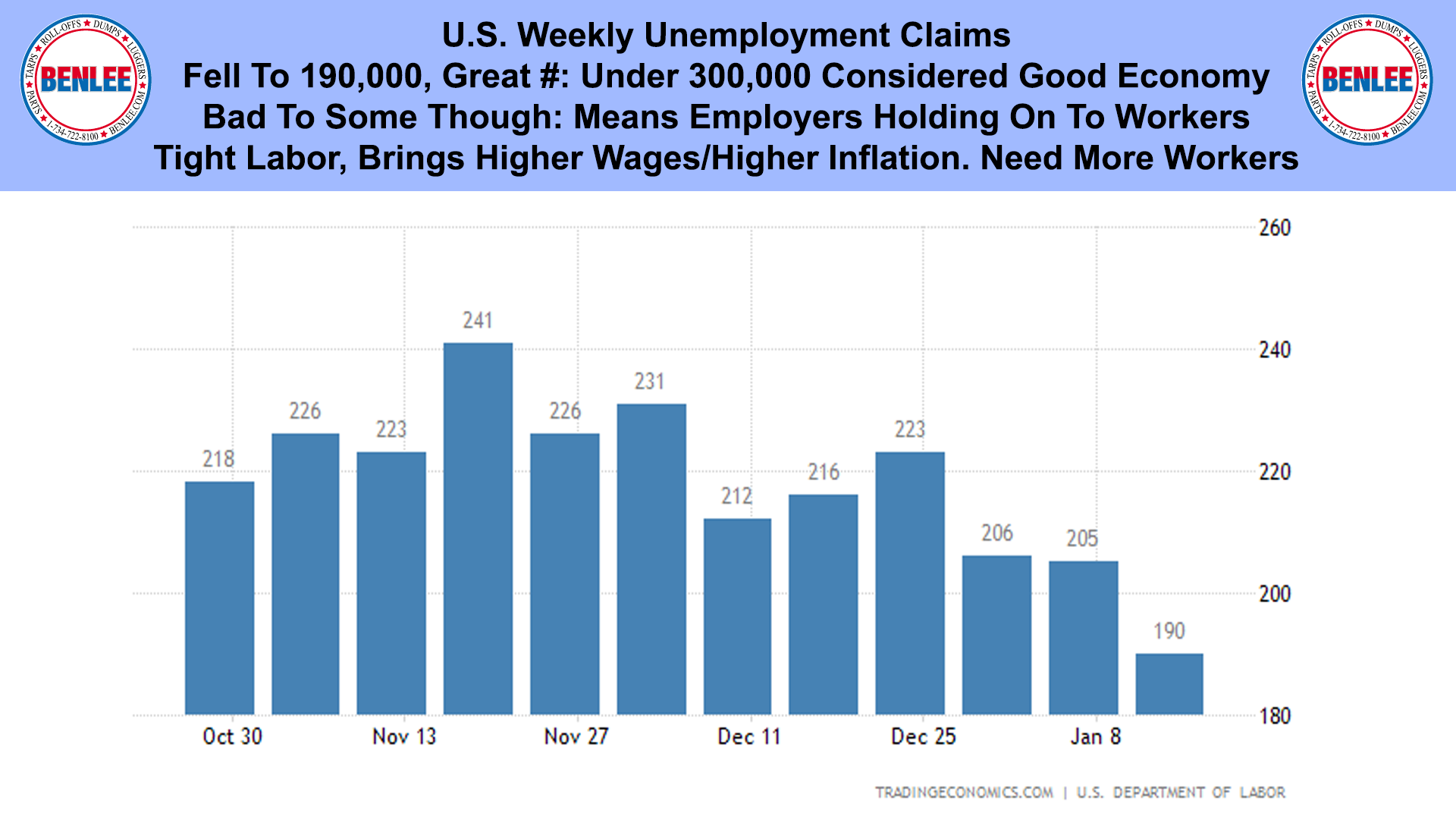 U.S. weekly unemployment claims fell to 190,000. This is great, in that under 300,000 is considered a good economy. It is bad to some though because it means employers are holding onto workers. That brings a tight labor market, which brings higher wages and inflation. We need more workers in the economy. 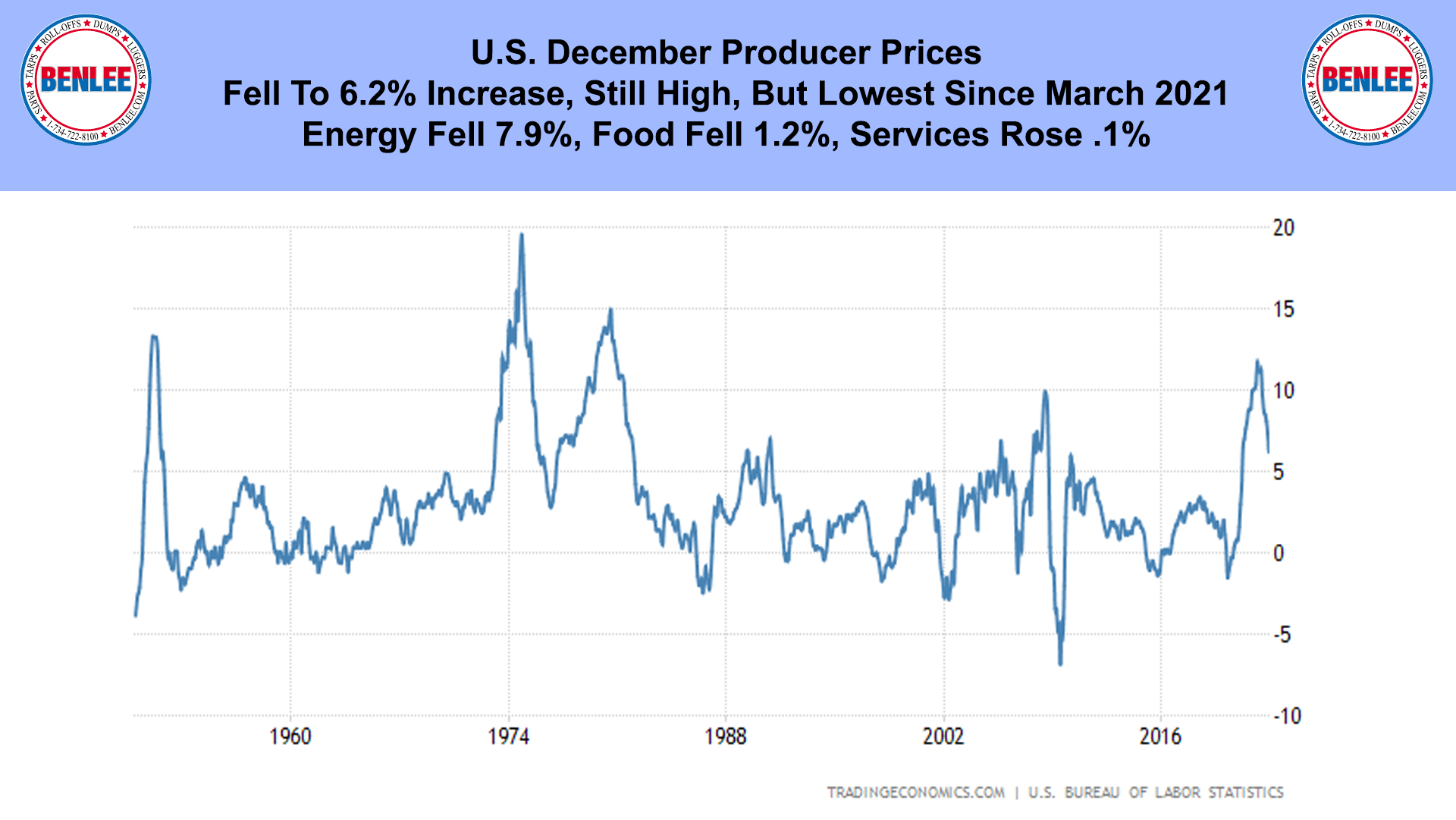 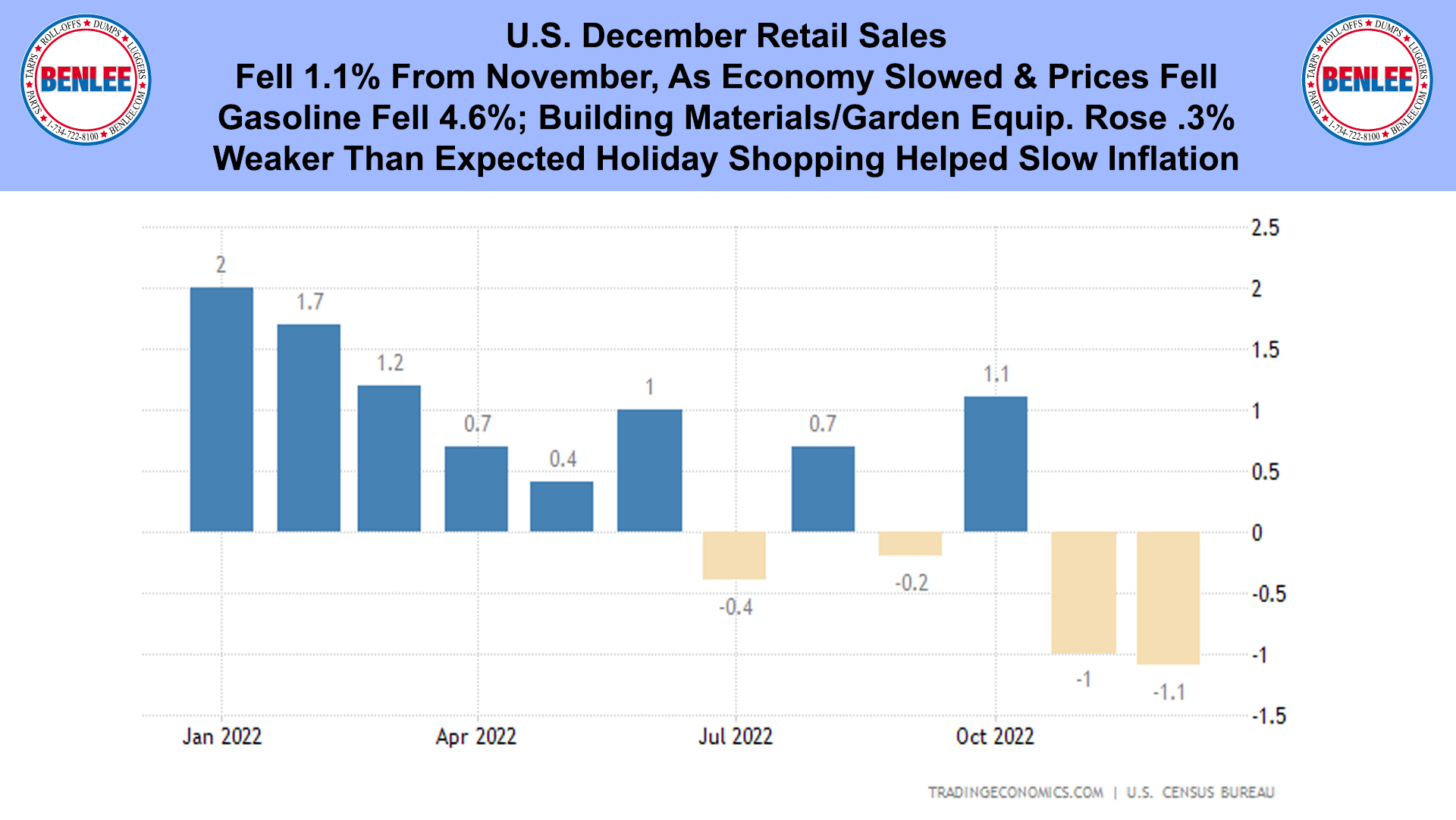 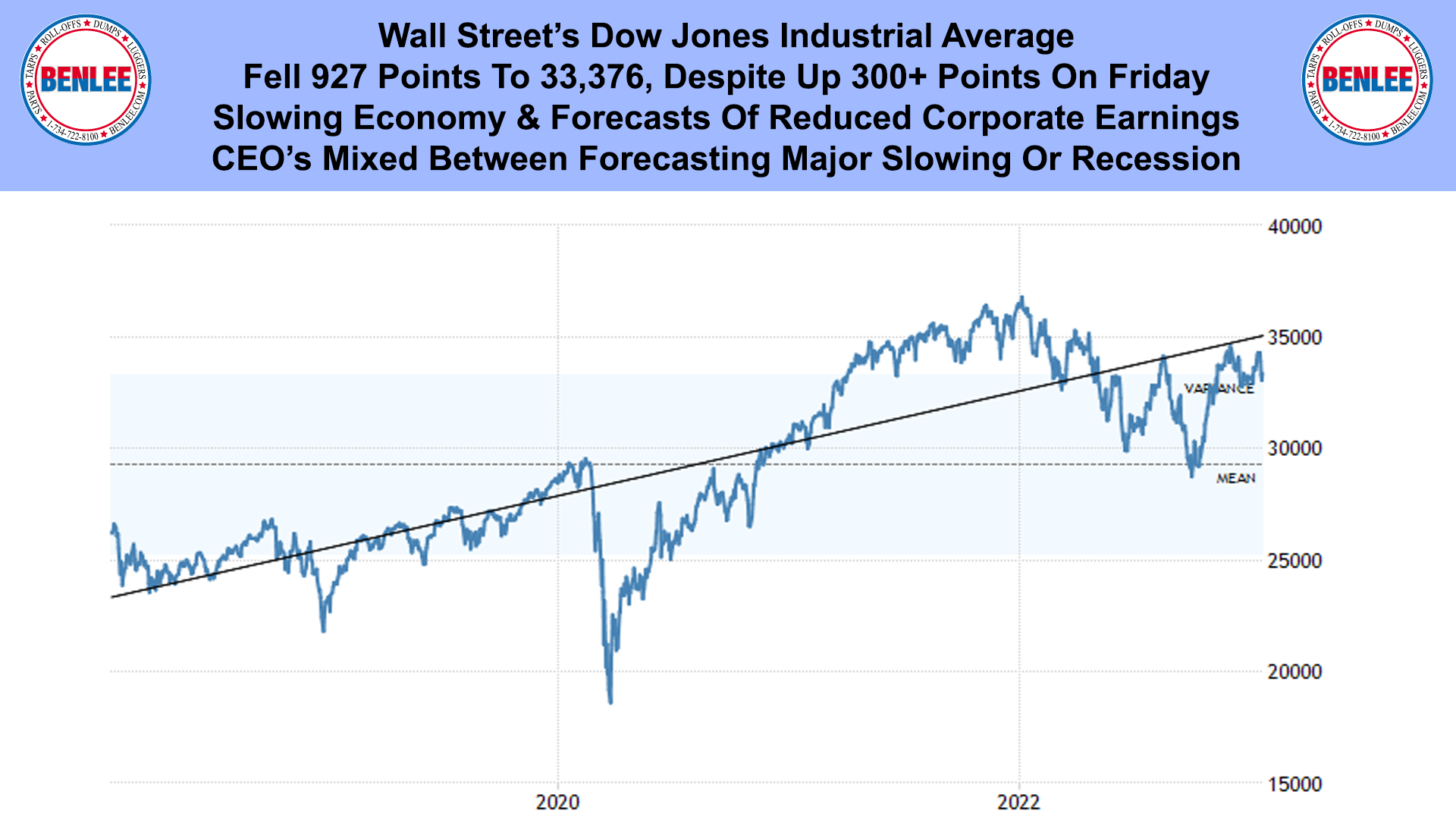 Wall Street’s Dow Jones Industrial Average fell 927 points to 33,376, despite being up 300+ points on Friday. This was on the slowing economy and forecasts of reduced corporate earnings. CEOs are mixed between forecasting major slowing, or a true recession.